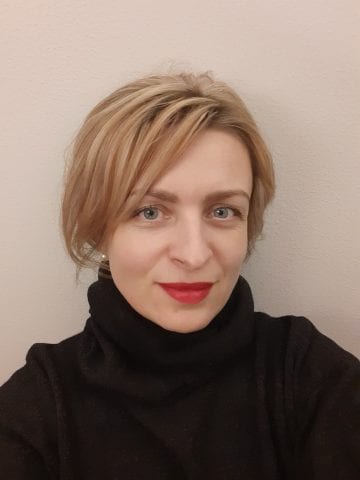 On February 2, an unprecedented incident happened in Ukraine. The National Security and Defense Council of Ukraine (NSDC) decided to impose ‘personal special economic and other restricted actions (sanctions)’ against MP Taras Kozak and the legal entities owning the licenses of the following TV channels – 112 Ukraine, NewsOne, and ZIK. The decision was approved by President Volodymyr Zelensky. Providers switched off the channels from satellite and cable broadcasting, however, they continued to stream on YouTube. Minister of Culture and Information Policy Oleksander Tkachenko planned to ask the company to block the channels’ pages, because they ‘are not mass media or regular broadcasters, but a part of Russia’s propaganda war against Ukraine’. Sanctions will last five years.

The above-mentioned TV channels have been heavily criticized for their pro-Russian position and are seen as a threat to national security especially during the ongoing Russo-Ukrainian war. However, the government’s decision has alarmed the national media sphere. Let’s see why.

Even though the banned channels are owned by Kozak, they are reportedly controlled by Viktor Medvedchuk, MP from the Opposition Platform – for Life (OPFL), a party known for its pro-Russian alignment. Medvedchuk is an experienced politician known for supporting Russia’s interests in Ukraine to the extent that he has been nicknamed ‘Putin’s kum’. Kum is what parents call the godfather of their child, but it is also a term used to describe a person acting in another’s favor. Allegedly, Putin became godfather to Medvedchuk’s daughter in 2004.

Medvedchuk has been shaping the Ukrainian media sphere for decades with the help of censorship and propaganda. He was the head of the Presidential Administration of Leonid Kuchma from 2002-2005. That period in Ukrainian journalism is known for temnyks – instructions sent by the Presidential Administration to the national media. As a result, the main TV channels started to produce similar content favoring the authorities, criticizing the EU and marginalizing opposition leader Viktor Yuschenko, who was seen as a threat to Russian influence in Ukraine. Later, Russian political technologists acknowledged their input in creating temnyks.

In general, the closing of these channels was received positively in Ukraine. Following the NSDC decision, a joint statement was released by Ukrainian NGOs countering disinformation. It said the closures ‘do not constitute an attack on freedom of speech. These channels constitute tools of foreign influence operations, and therefore a systemic threat to information security of Ukraine’. Among the 10 signatories were Ukraine Crisis Media Center, StopFake, Detector Media and Euromaidan Press.

In contrary to statements made by Ukrainian media professionals, international journalistic organizations condemned the sanctions. The European Federation of Journalists and the International Federation of Journalists talked about ‘an extra-judicial and politically motivated ban and a blatant attack on press freedom that must be urgently reversed’.

Thus, the way the sanctions were imposed is a point of contention for both Ukrainian and international organizations. Was it done according to law? Is this the beginning of state censorship? Finally, is it indeed defense of national security or just a political game in light of future elections?

As the Law on Sanctions states, ‘sanctions may be applied by Ukraine against a foreign state, foreign legal entity, legal entity under the control of a foreign legal entity or a non-resident individual, foreigners, stateless persons, as well as entities engaged in terrorist activities’. Since Kozak is a Ukrainian citizen, he can avoid enforcement of the law and the NSDC decision can be appealed in court, say critics. Members of the Council said that ‘the law allows the imposition of sanctions against Ukrainian citizens. They can be appealed but it will be quite problematic’. As of February 12, the Supreme Court of Ukraine has received three appeals.

Also, experts point out that the key problem in the ongoing case is the lack of a clear legal framework to define what are propaganda media. ‘At the same time, we have to acknowledge that the state during its independence has not taken the necessary actions to separate propaganda from media. Thus, even the right decision might cause opposition due to the dubious method of its implementation’, – said The Independent Media Trade Union of Ukraine (IMTUU).

Serhii Guz, head of IMTUU from 2004-2008, talks about the need of legal consequences for any kind of propaganda: ‘In the first place there is an urgent need to define the term pro-Russian propaganda to clearly distinguish between criticism of government actions and subversive activities against the state. Then the state must enact all current regulations that prohibit incitement of hatred in society.

Russian propaganda is a heavy weapon of the so-called hybrid Russo-Ukrainian war targeting people and institutions not only in Ukraine but around the world. Since independence, a circle of experienced media experts were formed. Since the outbreak of war, the importance of civil society has increased dramatically. However, as we see, there are still weak links in the legislation of the information sphere that urgently need to be strengthened.