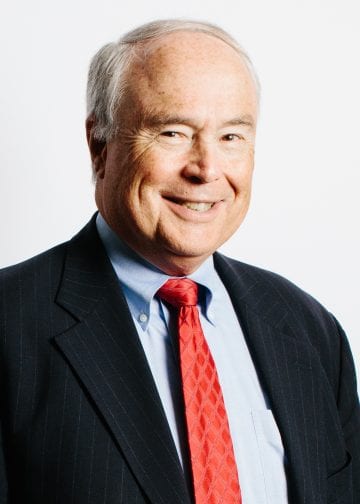 The 76-year Bretton Woods post-war economic order is running out of gas. Aside from the Trade Facilitation Agreement, there have been no successful multilateral negotiations since the World Trade Organization (WTO) began 25 years ago. The organization is under attack from all sides.

Conservatives believe it infringes on national sovereignty. Liberals complain it serves large companies and fails to address key issues of climate change and labor. Developed countries are finding the political and economic costs of sustaining a rules-based system greater than the benefits and are demanding that emerging economies assume additional obligations. Those countries want to retain the benefits of the system and refuse to take on a greater share of responsibility. The need for consensus makes agreement among 164 members extremely difficult.

There is a growing sense that the WTO’s utility is limited. It cannot force its members to meet its lowest commitments. The glacial pace of rulemaking cannot keep up with changes in the global marketplace. Its dispute settlement system has been abused, either to prevent outcomes a single party deems undesirable or to substitute litigation for negotiation as a means of addressing trade grievances. There is also a growing fear that the rules are not equipped to deal with the systemic problems posed by China.

While organizational reform should not be abandoned, governments should consider a more comprehensive approach – the creation of a second track within the WTO, composed of countries that support more aggressive trade liberalization and want rules to reflect 21st century conditions. This differs from plurilateral negotiations.  Those are either based on geography or on specific issues like the Government Procurement Agreement or the Information Technology Agreement. Participation varies. Some countries are enthusiastic participants in all such negotiations; others are in none; some pick and choose depending on their interests. This approach is inferior to multilateral negotiations but is better than nothing and certainly more likely to succeed in the current climate.

A two-track WTO would build on the plurilateral approach. Negotiations would include only those willing to participate and would likely not be on a Most Favored Nation basis; that is, the benefits would accrue only to the participants and not to all. The difference is that by joining the second track countries would agree to participate in all the negotiations the group decides to undertake. Over time that would mean a group of WTO members moving faster and farther on trade liberalization than the others.

What might such a second track negotiate? There is a lot to choose from.  First, they could conclude negotiations now underway but not making sufficient progress – the Environmental Goods Agreement, the Trade in Services Agreement, fisheries subsidies, e-commerce, investment facilitation for development, micro and small and medium sized enterprises, and services domestic regulation. If these are successful, they could use the new agreements as a basis for including other interested member states.

Also appropriate for second track countries would be reform of WTO rules, particularly those relating to subsidies, state-owned enterprises, forced technology transfer, and other practices that hamper an open rules-based trading system. This would get at the Chinese practices that have led to global overcapacity in some sectors.  Another looming issue is standardization of rules for border adjustment measures relating to climate change.

Finally, second track members could negotiate amongst themselves on a sectoral basis, such as updates to the Agreement on Trade in Civil Aircraft to deal with subsidies, and agreements on pharmaceuticals, chemicals, medical equipment, and motor vehicles.

This path is not without problems. Countries will have to decide not only whether benefits can be provided on an MFN basis or restricted to the second-track members but also whether new disciplines should be imposed only on second-track members or on all WTO members. And all WTO members will have to decide whether they need to approve the idea of a second track. That debate could end up splitting the organization.

On the other hand, members could pursue a less confrontational path – simply continue to negotiate plurilaterally in the expectation that eventually a critical mass of such agreements with a common base of members would constitute a de facto second track. Either way, the goal is not to separate the trading world into two parts but rather to develop a critical mass of countries that want to move farther and faster on trade liberalization. If they succeed, and if their success produces faster growth and more jobs, then there will be a sound argument for reaching out to the non-participants and multilateralizing the agreements.