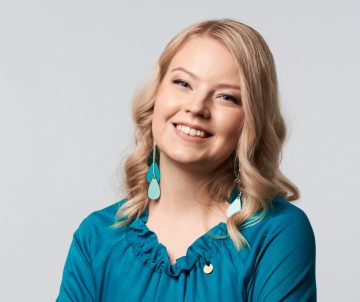 Janika Takatalo,
M.Soc.Sc., Member of Turku City Council and Varsinais-Suomi Regional Council,
Member of the Board of the National Coalition Party,
Finland

In October 2018, Intergovernmental Panel on Climate Change (IPCC) published a report which stated that global warming is happening faster than the estimates predicted it to happen. It is expected that the climate is facing an elevation of 1.5 degrees in temperature during the next 10 to 30 years. The report also confirms that the effects of the climate change will be increasingly apparent during the lives of our generation even in the Baltic area. For this reason, it is necessary to start taking action immediately.

Finland must act in a responsible manner and set an example even though emissions caused by Finland are obviously minor compared to large industrial countries such as the United States and China. However, the Finns have created innovations that can help these and other countries around the world to reduce their emissions. Innovations in cleantech also benefit the Finnish economy.

Our environment is faced with a problem called the Tragedy of the Commons. The environment is a shared resource which has led to its overconsumption. If seas, atmosphere or biodiversity were privately owned, the owner would demand that the rest of us would stop destroying their property. Of course, the sea and the air aren’t and shouldn’t be owned by private sector, which is why we need to protect the environment together through national and international actions.

Market economy does not automatically take into account the environmental problems such as overconsumption of natural resources, accelerating global warming or pollution. Taxes, however, can form a way for the public to intervene with environmentally harmful behaviour. Ecotaxes are an efficient solution for directing consumption to less environmentally harmful direction. Ecological tax reform provides an efficient way of increasing taxation in the fields which pollute the environment or exploit natural resources. It also offers a possibility to substitute some economically harmful taxes such as the income tax with eco-friendly alternatives. We humans are, after all, quite rationalistic actors and we will change our consumption habits when we notice the difference in our wallets.

Multiple studies have shown that a well-established ecological tax reform will provide us with a dual benefit: moving the focus of taxation from work to resources will improve the employment rate and well-being of the people and benefit the environment at the same time.

Ecotaxes are an efficient solution for directing consumption to less environmentally harmful direction.

An example of an ecological tax is the carbon tax on airline tickets. The popularity of the air transport is rapidly increasing and there’s no indication that this trend will be changing any time soon. This growth is partly fuelled, however, by tax reliefs for airlines and airport companies. Petroleum remains tax free and international flights in Europe are VAT-free. These privileges distort the competition between the air transport and the rail transport, for example. Because the air transport is cheaper than it would be with taxes, the demand for it is greater than it otherwise would be.

Sweden imposed a carbon tax on airline tickets in 2018. However, there is little incentive for any individual country to introduce this new tax if it decreases the competitiveness of their air transport and travel industry compared with the countries that do not impose a similar tax. To prevent this free-riding problem an EU-wide or even a global carbon tax on airline tickets should be introduced. Taxation should also be based on the length of the flight so that the flights that pollute more pay more taxes.

Air travel tax is an example of a quick and concrete action through which people’s behaviour can be directed to fight the climate change. The Finns have a positive attitude towards controlling the emissions caused by the air transport but only a few have voluntarily purchased carbon offsets. Imposing a carbon tax on airline tickets would therefore be considerably more effective way to control the emissions than any voluntary system.

Every one of us can make an impact and every action matters. However, the most significant and effective decisions are made in city councils, parliaments, EU and other international arenas. Commitments to reduce emissions should be strict in all levels and they should affect taxation, budgets and even legislation.

Money and taxation can be powerful tools to tackle climate change. The Finnish Minister of Finance Petteri Orpo has introduced sustainable development to the budgeting. Each ministry will have to evaluate how their budget will affect the goals of sustainable development. This model has aroused interest in other countries and it could be implemented in other political systems as well.