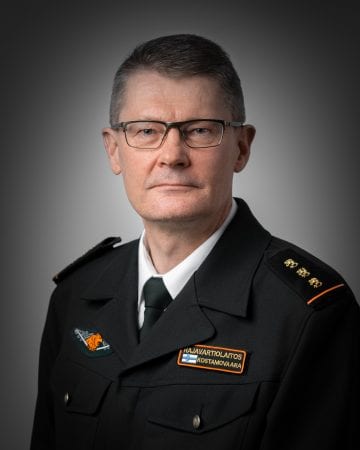 As the climate change warms the Arctic, its sea ice cover is declining and sea traffic is increasing. The factors influencing this growth also include an increase in tourism and business in the area, and new maritime routes. In addition, the growing geopolitical significance of the Arctic region has drawn more attention to safety in the Arctic.

In terms of search and rescue, the Arctic region is an extremely challenging operating environment. Long distances, difficult weather conditions and inadequate communication connections all effect on safety in the area. The Arctic states are preparing to respond to increased maritime activity in the Arctic. Thus the climate change is one of the major underlying phenomena that influence the need for further improvements in capacities for large scale accidents and mass evacuations.

The Arctic Coast Guard Forum (ACGF) was established to improve maritime safety cooperation, to address the challenges in the Arctic maritime domain and to protect the vulnerable Arctic environment. As an operationally driven organization the ACGF focuses on developing practical level cooperation between the Arctic states coast guard authorities and stakeholders. The added value is that coast guard personnel can jointly exercise operations in the Arctic, and learn from each other’s best practices.

Finland was chairing the ACGF and the Arctic Council in 2017−2019. Two legally binding agreements on search and rescue and oil spill preparedness were negotiated under the auspices of the Arctic Council. These agreements show the value of maritime cooperation in the Arctic. As a result of the Finnish ACGF Chairmanship, the forum created an exercise routine to implement these agreements and launched the actual joint exercise operations.

Individually we can secure limited areas but together the whole Arctic

Cooperation is crucial when dealing with emergency preparedness and response. Due to the remoteness of the Arctic areas and a lack of infrastructures no Arctic state is able to react to a larger incident on its own.

The Finnish Chairmanship culminated in spring 2019 with a large international live search and rescue exercise Polaris 2019 Mass Rescue Operations Exercise.  The exercise was built largely around mass evacuation. The outcomes of the exercise provided valuable findings for operational cross-organizational cooperation. The Polaris 2019 demonstrated the ACGF members’ ability to react to large-scale maritime incidents.

International cooperation is of paramount importance to the activities and duties of Finnish Border Guard. Ensuring continuity of international collaboration and joint exercises is vital in terms of safe maritime activity in the High North. Developing unified international practices is the best way to secure human wellbeing and natural diversity in the Arctic. The scope of the Forum’s activities will be extended further to cooperation in maritime environmental response.

Risk scenarios look into the future and to increasing traffic in the Arctic. However, disasters and accidents can occur any time.

Let´s take a closer look at the Baltic Sea, which is one of the world’s busiest seas.  The Baltic Sea is not part of the geographical area of the Polar code nor the Arctic Search and Rescue Agreement but typical Arctic weather and ice conditions pose challenges for maritime safety there. The Agreement on Cooperation on Marine Oil Pollution Preparedness and Response in the Arctic covers the northern most part of the Baltic Sea. Even if the maritime safety is at a good level the risk of an incident in which human lives, property or the vulnerable sea environment are in danger is increasing. The increased maritime activity requires greater readiness from the authorities to protect people and the environment.

As from January 2019, Finnish Border Guard is responsible for responding to environmental accidents in the open sea area. In Finland the inter-agency cooperation is working in a practical way. In the event of a major multimodal accident at sea, it is critical to be able to coordinate and deliver the maritime search and rescue services, meaning saving people in distress, and simultaneously, for example, collect as much of the oil from the open sea as possible. That requires efficient inter-agency cooperation and coordination right after the accident has happened. In order to minimize the impact of multimodal accidents, extensive, efficient and timely cooperation is needed among the national and international coast guard authorities and volunteer-based organisations. Being ready for the worst case scenarios in the Baltic Sea and in the Arctic is our responsibility.