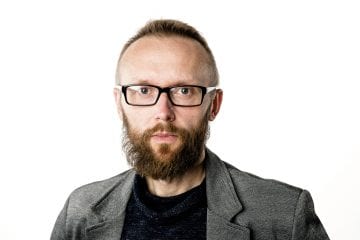 Introduction:  Tensions have increased in the Baltic Sea Region. All of us know that because it has been said so many times. But what does it mean in practice? How can we see it in our daily work in media? The question can be viewed from at least three different perspectives. After that at least one remarkable conclusion can be made.

It´s evident that the Baltic Sea Region, and naturally Finland also, has become ingreasingly important in international security policy. The Baltic Sea is an important transit route for access to strategically important ports. Although there has been evidence of military force in the region, fortunately no actual conflicts have occurred. The threshold for the use of true military force is high because the consequences could be irreversible.

As we know Finland has with its eastern neighbor Russia a long border which is also the EU´s external border. In the case of Finland the situation is twofold: at the same time it must hold a credible defense and be able to act to reduce the tensions. At least so far this has been a success. However, the tensions in this area are not expected to ease, which also keeps the news alert all the time. Even small movements are important, their importance should not be overstated. Let´s keep the head cold!

The Baltic Sea region is of course important for the Finnish economy. If ships can pass and cargo chains are working, exports and imports can be made. In 2018 four of the ten largest export countries in Finland were from the Baltic Sea region (Germany, Sweden, Russia and Estonia – Source: Customs Finland).  As regards imports, Poland may be added to this list.

According to the Foreign Ministry about 90 percent of our foreign trade goes by sea and about 40 percent of export trade is made with the countries of the Baltic Sea region. About half of the tourists coming to Finland come from the Baltic Sea countries. Student and cultural exchanges are also lively. In addition, many workers come to Finland especially from the Baltic countries. The Baltic Sea is also critical for security of supply. In addition to the goods being transported by sea, critical communication cables are transported on the seabed. Finland, which is considered safe, is also of interest to large multinationals companies according to search engine giant Google’s investments in Finland.

Last but not least, it is worth highlighting the environment that may be a matter of human destiny. This is, of course, not only question of the Baltic Sea region, but its importance as Finland’s closest sea area is of central importance to us.

The changes observed in the Baltic Sea and its vicinity, for good and bad, are easily discernible due to their proximity. The marine ecosystem is vulnerable and the remediation of contaminated sites is a slow process. How you can get around the area has a direct link to the two topics mentioned above. How much environmental resources can be used in the name of the economy?

And, on the other hand, how much environmental innovation can create new business? The state of the environment is also linked to security policy. Tensions will increase if the number of well-performing environments decreases and competition for smaller resources begins.

Conversely, if the tensions are not elevated, it will also be easier to make joint decisions on nature conservation. The co-operation of the Baltic Sea States will be tested in real situations if, for example, a serious oil accident occurs in the region. Unfortunately, this is even likely because tanker traffic on narrow lanes is heavy. We should be ready to act together if the worst happens.

As the above shows, everything is in one way or another related to everything. From the point of view of the news room, this means that readers must be able to inform themselves of changes in the situation in the Baltic Sea region and how these changes are related to each other. If the balance is shaken for one component, it is reflected in the other.

After this a bit theoretical reflection, I´d like finally highlight a concrete, much used example. The controversial Baltic gas pipeline project is all of the above. It combines economic, security and environmental aspects. One country emphasizes one and the other emphasizes something else, depending on what is in its own interest. The role of the media is to make these connections and interests visible. Not only in this case but on everyone else. Everything affects everything.