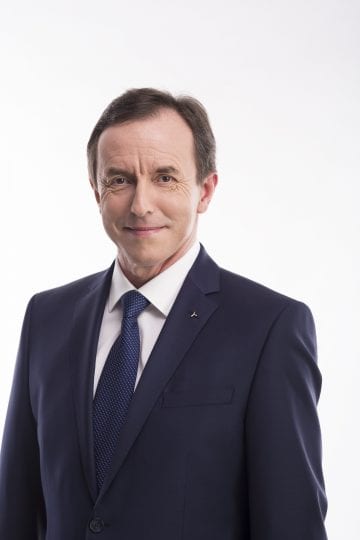 Tomasz Grodzki,
MD FETCS, Professor of Thoracic Surgery and Transplantation,
Senator of the Republic of Poland

Many of us know (but some maybe not) that far before EU the Hansa Treaty connected many Baltic cities as an economic and trading alliance which quickly became fruitful and beneficial for its members. It was one of the most important examples of the role of international cooperation in the medieval Europe. This mighty treaty unfortunately did not survive for centruries nevertheless its spirit remains vivid between citizens of the Baltic Rim therefore here the approval rate for the European Union was usually high and stable.

Right now we are trying to cooperate in many fields through the numerous smaller organisations (for example Union of Baltic Cities) but it is my impression that there is time now to jump on a higher level. I am thoracic surgeon by profession fighting with lung cancer (LC) on a daily basis. This dangerous disease still remains one of the most tragic killer of the human population, killing more people than six next most frequent cancers together. Despite the successes of the antitobacco policy, advances in thoracic surgery and huge progress in modern chemo- immuno- or radiotherapy we are still far from the final victory. One of the goals for our generation of medical professionals and politicians should be establishment of massive programmes of early detection of lung cancer by low dose Computed Tomography (CT) of the chest. Such programme should cover all people being at increased risk of lung cancer (predominantly heavy smokers age 55-75 but also non smokers who smoked before and have a history of so called 20 packyears or more). The low dose CT for today still remains the most effective method of early lung cancer detection and on a basis of long ecaluation and solid scientific background is already approved and covered by social security in US.

Early detection of lung cancer in the most favorable phase (asymptomatic tumor smaller than 3cm without metastases) really saves lives and allows to provide long term survival for more than 80% of patients. From the other side 80% of all lung cancers are detected in inoperable phase when therapeutic options are limited and prognosis is much worse. This fact clearly confirms the importance of early LC detection.

Small efforts of early LC detection were performed in my home city of Szczecin as well in Gdańsk or Denmark (so called Nelson trial). We examined by low dose CT more than 15000 Szczecin citizens (programme was financed by the City Council) and detected more than 130 lung cancer (70% of them were diagnosed in very early, completely asymptomatic phase) as well as few other diseases (metastases, benign tumors, thymic tumors, lymphomas, tuberculosis, aortic aneurysms etc). Majority of our patients with early LC were treated by minimally invasive thoracic surgery with excellent long term survival rate (more than 80% for small tumors without metastases).

Such trials as well as larger American experience confirm that early LC detection should be offered to much larger population. It costs of course but we have to face the fact that treatment of Mr or Mrs Kowalski, Nilsson or Luhti is much cheaper when LC is detected in early phase (less invasive surgery, usually no chemo- or radiotherapy), provides much better prognosis and return to work than treatment of the same Mr or Mrs Kowalski, Nilsson or Luhti detected few months later in symptomatic phase when surgery is more devastating, patients require expensive therapy, usually quit work and – last but not least – prognosis is poor. Decision makers have to understand that early LC detection programme does not detect new LC – it detects the same lung cancer but months earlier! It guarantees safer and cheaper treatment, better prognosis and gives hope to live normal life for long time.

This constatation should lead to to the following question: may be it is time to start early LC programmes in the entire Europe? Or at least in the Baltic Sea region? Let`s become again the pioneers of international cooperation as did our ancestors few centuries ago!