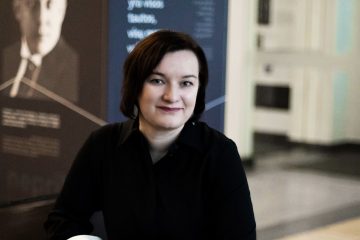 The ambitions of European Green Deal require significant behavioral change for more sustainable way of life. Data from European Social survey (2016/17, “Climate change”) indicate that people in Baltic states and Central Europe exhibit quite low concern with climate change, compared to countries in other parts of Europe.  For example, only 16% of Estonians (lowest number in Europe) and 19.5% of Lithuanians are very worried or extremely worried about climate change, compared to 52% in Portugal or 50 % in Spain.

Furthermore, people in Baltic States do not feel high personal responsibility about climate change. As Special Eurobarometer survey on Climate Change from 2021 indicates, only 20% of people in Latvia, 26 % in Estonia and 28% in Lithuania said that they personally are responsible for tackling climate change (when asked to indicate multiple actors that are responsible), compared to highest scores of 57 % in the Netherlands, 56 % in Denmark and Sweden. The level of action to fight climate change at individual level in Baltic states is again among the lowest in Europe (from 42 % in Latvia, 47 % in Estonia and 48 % in Lithuania indicated they have taken any action compared to EU27 average of 64%).

This lack of personal responsibility and low concern creates a gap in the need of rapid transformations at individual level and passive observer role currently specific to a large part of society in Baltic States.

I would like to identify few obstacles towards faster behavioral change at individual level for the climate change action in various sectors based on Lithuanian examples.

In order to achieve climate neutrality by 2050, the right motivational mechanisms should be activated for the significant behavioral change. Sociological surveys indicate, that people in Baltic states have higher concerns about economic, social and geopolitical social problems, than environmental.  High potential for the individual sector to faster energy shift is the incentives for the energy prosumer behaviors in the individual level. Prosumerism, defined by futurist Alvin Toffler, means the system where consumers become producers at the same time. People then become not only end-users, but also active energy citizens, competent in modeling their own impact and the economic revenue from environmentally friendly behavior. Fist, technological/ instrumental shift should happen, then we can expect the intrinsic value shift toward environmental conscious behaviors.