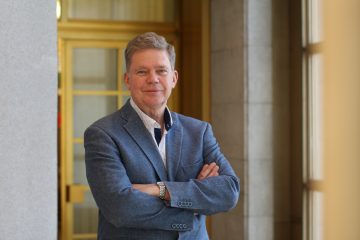 How do the inhabitants of Kaliningrad perceive its specific geographical location and the increased difficulties in communication with the main territory of Russia? Did Kaliningraders consider the exclave position an advantage or a source of inconvenience? The most objective indicator is population dynamics. The positive balance of migrations offsets the natural decline, and even in 2020, when the coronavirus pandemic caused a significant increase in mortality worldwide, the Kaliningrad oblast remained one of six Russian regions out of 85 where the population continued to grow. According to a survey conducted in early 2020 (N=1,000), only 53% of the inhabitants were born in the oblast, 27% settled in it after the collapse of the USSR. Kaliningrad is one of the main destinations for the repatriation of the Russian-speaking population from the countries of the former Soviet Union: of those born outside the exclave, 41% came from Kazakhstan, the Central Asian republics, Ukraine and Belarus. According to focus group participants in Kaliningrad, Sovetsk and Mamonovo, recent migrants do not feel like outsiders.

72% of respondents in the regional center and 60% in other cities consider urban environment comfortable and rated it at 4 and 5 on a five-point system. In general, Kaliningraders are satisfied with the opportunities for recreation and cultural life of the region (73% and 48%, respectively). Focus group participants noted the “European” look of cities as an important distinctive feature of the region. Significant for them are its wide sea “facade”, local resorts, favorable environmental situation and mild climate, especially in comparison with the regions of the eastern part of the former USSR, tolerance, friendliness and responsiveness of people. Many expressed the opinion that the standard of living in the region is higher than in most other regions.

At the same time, 62% of respondents believe that it is “rather difficult” or “absolutely difficult” to succeed in the Kaliningrad region, especially compared to Moscow and St. Petersburg and European countries and even Russia as a whole. Focus group participants in Sovetsk and Mamonovo complained about the problems typical of most such Russian towns: the lack of well-paid jobs, the departure of young people, the weakness of local budgets and their complete dependence on higher authorities. “Only the appearance turned out to be truly European,” as one of the respondents, who recently moved to Kaliningrad, put it.

One of the main distinguishing features of the Kaliningrad region, noted in focus groups, is its border location. According to the survey, the majority of residents (33%) believed that the proximity of the border has a rather positive impact on people’s lives, although about 27% hold the opposite view. Half of the respondents thought that the proximity to the NATO countries did not pose a danger (26% expressed the opposite opinion, 24% found it difficult to answer). The cross-border mobility of Kaliningraders is much higher than in other regions of Russia. However, 50% of respondents have never traveled abroad. Interestingly, exactly the same share of Kaliningraders do not visit other regions of Russia. Not surprisingly, the most mobile are young and better educated citizens, residents of the regional center.

It is also natural that before the pandemic residents of the Kaliningrad region most often visited neighboring countries – Poland (42%) and Lithuania (29%). Shopping was the main purpose of trips to Poland for 62% of respondents looking for cheaper food, other goods and services. However, the proximity of the urban agglomeration of Gdansk, Gdynia and Sopot attracted many Kaliningraders (22% of respondents) with the opportunity to relax on weekends and spend holidays. The region’s residents went to Lithuania for shopping less often (34%), visiting it mostly for recreational purposes (58%). Many Kaliningraders used the airports of Gdansk and Vilnius, which have a much more extensive network of international flights than Kaliningrad, including low-cost airlines. For many people, including residents of border towns, regular trips to Poland or Lithuania have become an integral part of their lifestyle. 22% of the region’s residents traveled to Poland and 12% to Lithuania several times a year. These trips not only helped them to improve their well-being, allowing to save on goods, services and foreign travels, but also stimulated cognitive activity and expanded their horizons. After the events of 2014, a half of the respondents travelled abroad and to other regions of Russia less frequently. Sanitary restrictions during the pandemic have disrupted the usual way of life for many families further: 42% of respondents said they felt discomfort due to the lack of freedom of movement. These restrictions may have served as an adaptation to the complete and, apparently, long-term break of relations between Russia with European countries in 2022.