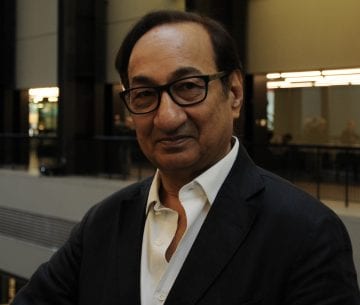 Britain has had a more than 50 years of love / hate relationship with Europe. Back in early 1960s when the economy was bad, Britain’s entry to Europe’s common market was denied twice, blocked by a veto from Charles de Gaulle, who did not trust the British. Finally, Britain was allowed in when Charles de Gaulle was no longer the French President, in 1973. This was widely celebrated in Britain although some people and political parties demanded that people must have a say. The idea was put to a referendum in 1975, that was convincingly won by the remain side. Since then almost every British leader was elected on an anti-Europe agenda.

During the election campaign for a second period, Cameron cornered by increasing opposition from his own party and UK Independent Party (UKIP), announced that if he wins the elections, he will hold a referendum to remain or leave the EU. Cameron thus, had to hold a referendum in 2016. Some of us could hardly believe that people voted to leave the EU by a margin of 3.8%, thus Brexit. Since referendum, it took almost three years and two elections to get the parliament’s approval to exit from the European Union. The new government was able to get the approval of its parliament to get out of EU from January 31st 2020. Now, Britain has one year of transition period to negotiate the details of the exit deal.

Now that the exit is decided, this transition period of negotiations could have been conducted amicably with offers and counteroffers. However, while the EU has demonstrated a preference for a rational approach, the UK has taken a emotional approach, laden with slogans such as taking back control. Rationally speaking, at this point there are precedents that are available to both sides. These are based on trade and other agreements with other countries that are not EU members but still enjoy good relationship with Europe. The three most obvious options are: Norway Model: Access to the single market by paying a membership fee and allowing free movement of people. Canada Model: Free trade in many products and services, though with no free movement of people. No Deal = WTO rules. All present arrangements will cease to exist, and several agreements will have to be negotiated following WTO rules for trade.

Ideally, UK wants Single market access and special agreements to be negotiated for financial services and security issues, Northern Ireland border and no free movement of people. EU want to prevent UK from undercutting EU with trade agreements with its partners, agreement on state aid to companies, labour standards and environmental rules. It also wants some governance system for future conflict through European Court of Justice. Moreover, UK demands that it must take control of its fishing waters that EU wants to have access with some quotas. Considering the opposing positions on these concerns and issues such as, services, public procurement, data rules, transport and aviation, it seems that parties are heading towards a no-deal Brexit.

Now that Boris Johnson has a majority in the parliament, he can be flexible on issues such as, fisheries with some yearly quotas and compromise on EU rules. If this type of flexibility is shown by the British, the EU might also be flexible on issues such as, subsidies to companies, workplace rules and services. Negotiations, after all, mean ‘give’ and ‘take’ and compromise. However, both parties seem to have different priorities and preferences, while EU is more concerned about the economics and trade implications, UK seems mainly to be concerned about sovereignty and independence and hope to get preferential deals with the US and Commonwealth countries.

Europe is the biggest trade partner for Britain in value and volume, much higher than USA and Commonwealth countries put together. Moreover, these countries have their own priorities about what they want to achieve through trading with Britain. United States has already started putting pressure. They do not approve that Britain has allowed Huawei, the Chinese company, to participate in its 5G network development. America also wants Britain to open its food and pharmaceutical markets for American firms, while UK citizens do not like to have chlorine washed chicken, hormone filled beef, genetically modified food products and highly inflated branded medicines.

It is thus, in Britain’s interest to avoid a hard Brexit as EU is the natural trade partner for UK. More recent events such as, Corona Virus Pandemic has shown that the two sides are dependent on each other and should have closer relationships from trade to tackling unexpected catastrophes and security. Negotiations with EU on Brexit deal have however been suspended for now due to the Pandemic. At this point, it is not clear for how long, as that is dependent on the fact that how long this Pandemic will last. This plays well for the British government as it prospers on delaying and keeping the issue alive.