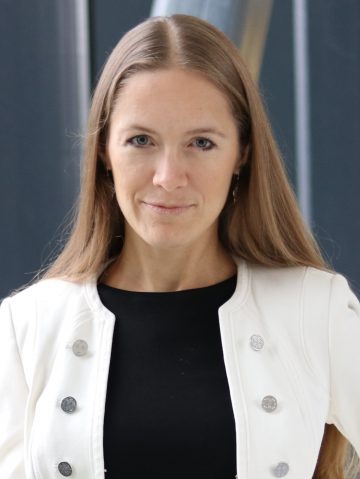 Since regaining independence in 1991, fiscal policy in Estonia has been characterized by a strong commitment to fiscal discipline and an aversion to incurring public debt. Even during the major economic crises in the early 1990s, 1999, and 2009, the Estonian government always responded to the recession with major expenditure cutbacks. As a result, Estonia stood out among the European Union countries with extremely low levels of public debt, which remained below 10% of Gross Domestic Product (GDP) until 2019.

The economic and social challenges presented by the global pandemic in 2020, however, brought about a major paradigm shift in Estonia’s fiscal policy – the government adopted a counter-cyclical fiscal policy and more than doubled its level of public debt as a percentage of GDP. In this article, I will discuss the following questions: 1) What kind of budgetary measures did the Estonian government adopt in response to the pandemic in 2020? 2) Were these measures successful? 3) Why did Estonia respond differently to the 2020 crisis than to the previous ones?

Like many other countries in Europe and elsewhere, in order to contain the spread of the new corona virus, the Estonian government has had to impose a series of lockdowns starting from spring 2020. These had clear repercussions throughout the economy. The forced slowdown of the economy inevitably led to a decline in tax revenues at a time when the expenditure needs were increasing.

As a budgetary response to the pandemic in spring 2020, the Estonian government decided to adopt a series of expenditure measures. Inter alia, it provided additional funds to the health care sector, offered (at least partial) compensation to the private actors for the lock-down measures, and increased public investments to stimulate the economy. One of the key instruments in addressing the labour market was temporary wage compensation: the Unemployment Insurance Fund paid 70% of salaries to employees of those companies that were facing financial difficulties due to the pandemic.

Increasing expenditures in the face of declining tax revenues meant that the government had to borrow funds. It took direct loans (e.g. from the Nordic Investment bank), issued short-term bonds (with negative yields), and long-term bonds (with an interest rate of 0.125%). As a result of such fiscal policy choices, the general government deficit of Estonia in 2020 was 4.8% of GDP, which was considerably lower than the Euro-area average of 7.2% of GDP. The public debt increased from 8.4% of GDP in 2019 to 18.2% of GDP in 2020 (which is still ca five times lower than the average level of general government debt in the Euro-area countries, standing at 98% of GDP).

The budgetary response to the pandemic in 2020 can be viewed as mixed success. The wage compensation measure worked well in avoiding a dramatic surge in unemployment. The unemployment rate increased from 4.4% in 2019 to 6.8% in 2020, which remained lower than the Euro-area average of 7.8%. Some budgetary measures, however, faced implementation problems. The loans and loan guarantees to companies, offered by Kredex, were not very popular since they did not offer attractive conditions to the companies. The provision of direct financial supports offered to various sectors hit by the crisis has also invited criticisms due to a lack of transparency. Difficulties in implementing such measures are not surprising given that the Estonian government has, in the past, had very little experience in stimulating the economy in a counter-cyclical way.

Overall, however, the fiscal measures (in combination with the government’s ability to contain the virus relatively successfully in the first wave of spring 2020 and the relatively lenient lock-down measures in the fall of 2020) helped to offer a softer landing for the economy than would have been the case in the absence of counter-cyclical measures. In 2020, the GDP in Estonia fell by 2.9%, a drop which was two times smaller than the economic decline in the Euro-area (-6.6%).

In order to understand the Estonian government’s paradigmatic departure from its previous obsessive commitment to fiscal discipline, the following reasons stand out. First, extensive borrowing looked like a rational option in the face of historically low interest rates for government debt. Second, the adoption of more counter-cyclical fiscal policy was facilitated by the ideological composition of the coalition government, with the more left-leaning Centre Party taking the lead. Third, the Estonian government had engaged in policy-learning: analyzing the effects of the previous pro-cyclical responses to economic crises indicated the importance of counter-cyclical fiscal policy in smoothing the economic cycle. Fourth, such choices were facilitated by the suspension of the supranational fiscal rules by the EU. Finally, the Estonian government was encouraged by the examples of other countries in Europe that incurred high levels of debt to fight the pandemic.