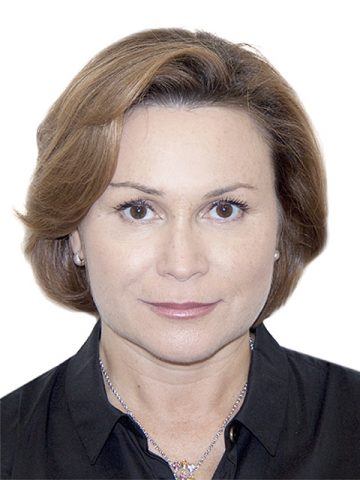 The Council of the Baltic Sea States was established in 1992. In the beginning, only two members of the CBSS were European Union members – Denmark and Germany. The initiative was taken by the then Foreign Ministers of Denmark and Germany, Uffe Elleman-Jensen and Hans-Dietrich Genscher. They stated that “in light of political changes in Europe, the dream was to create a forum, which could serve as a driving force behind political and economic stabilization and cooperation in the new Baltic Sea region.” According to the Copenhagen Declaration, the founding document of the CBSS, the goal was “to strengthen the cohesion among these countries, leading to greater political and economic stability, as well as a regional identity.” The Council was a first attempt at building confidence and relations based on trust in regard to the new political realities of the region.  By the end of the 90 -s and the mid-2000s, the situation in the Region had dramatically changed with the majority of the CBSS Members States entering the EU. Currently, there are only three CBSS member states that are not EU-members states. Thus, the Council of the Baltic Sea States (CBSS) has fulfilled many of the objectives set in 1992, it remains a structure with a rather unique potential, which especially applies to its comprehensive membership, encompassing EU members and non-members, including Russia, as well as the European Union. No organization, other than the CBSS, currently has the mandate to initiate and organize a high-level political dialogue within the region and at the same time, facilitate the practical cooperation through joint project activities and networking. These two key directions complement and gain from each other. In 2013 CBSS established its own Project Support Facility Fund, very much designed to support people-to-people actors, including academia, municipalities and NGOs from all CBSS Member States.

The CBSS three long-term priorities, which were revised in 2014, are Regional Identity, a Sustainable & Prosperous Region, and a Safe & Secure Region, remain highly relevant and envisage the involvement of both governments and civic actors.

Apart from a revision and streamlining of priorities in 2014, there was a realization that the CBSS on the approach to 2020 still needed to decide what it was best placed to achieve from 2020 onwards towards 2030. For that reason, the Foreign Ministers of the Member States and a High Representative of the European Union invited the CBSS to appoint an independent group of Wise Men and Women entitled the “CBSS Vision Group” with the task to elaborate a report with recommendations for a vision for the Baltic Sea Region beyond 2020 and especially on the future role of the CBSS. The “CBSS Vision Group” was established in Reykjavik on 20 June 2017 and started its work to solve this apparent connection between what has been achieved, what is being accomplished currently, what is the potential moving forward, and what has to be updated and re-shaped.

The Vision Group’s work has resulted in the Vision for the Baltic Sea Region beyond 2020. This report was presented on 18 June 2018 in Stockholm at the Meeting of CBSS Foreign Ministers. The Member States expressed their continued support for the mission of the CBSS while also emphasizing the need to focus on restoring trust in the region.

According to the “Vision Report” the CBSS has potential of becoming a “real driver, facilitator, initiator and coordinator of regional cooperation across the region|” performing “as a hub for stimulating political dialogue, the exchange of experiences and best practices as well as finding partners for an efficient implementation of concrete projects”.

The Vision Group stated that we would need a Region with a strong regional identity, based on sustainable development, ecological awareness, better inclusion, prosperity and social cohesion, human security and safe societies as well as regained trust.

In line with Vision Group’s recommendations, in 2019, CBSS and its Secretariat continue to strengthen the areas under long-term priority Sustainable and Prosperous Region as Science, Labour and Maritime.

In February 2019 the CBSS’ Latvian presidency will host the High-Level Meeting on Science in Riga followed by the Baltic Science Network (BSN) Project final conference and the CBSS Baltic Sea Science Day aiming to promote the CBSS Science Research and Innovation Agenda, contributing to the visibility of the Baltic Sea Region as a leading science-research-innovation area worldwide.

The EUSBSR Flagship “Baltic Sea Labour Forum (BSLF) coordinated by CBSS, getting a new impulse by starting the Project “BSLF for Sustainable Working Life”, recently supported by European Social Fund and focused on demographic change, lifelong learning and ageing labour force. The Annual BSLF Round Table will be held back-to-back with BASTUN and CBSS/BSLF Coordination Group on Labour and Employment in March in Hamburg.

In 2018 the CBSS Expert Group dealing with maritime issues got the updated mandate and became entitled as the Expert Group on Sustainable Maritime Economy (EGSME). It strives to facilitate the cross sectoral interaction among governments, academia and industries/ businesses. In April 2019 the Latvian Presidency of CBSS EGSME together with EU DG Mare is going to hold a Conference on “Development and implementation on sustainable maritime economy: opportunities and challenges of small and medium ports in BSR”.

CBSS is well placed to enhance the strategic cooperation among key actors in the regional cooperation dealing with the areas where such interaction brings an added value gaining from the synergies and knowledge exchange. The CBSS’s Network of strategic partners includes the Northern Dimension Policy including its partnerships and other initiatives.   Helsinki Commission (HELCOM), the Nordic Council of Ministers (NCM) and other regional councils – the Arctic Council (AC) and the Barents Euro Arctic Council (BEAC), EU Strategy for Baltic Sea Region (EUS BSR) and its Policy areas and Horizontal actions, some of which are currently coordinated by CBSS.

“The Baltic Sea region has the possibility to remain, also in the new geopolitical situation, a regional platform for dialogue and cooperation, regarding economic, social and security standards and policies related to encouraging a vibrant regional civil society”. CBSS jointly with its cooperation partners will strive to make the contribution in this regard.