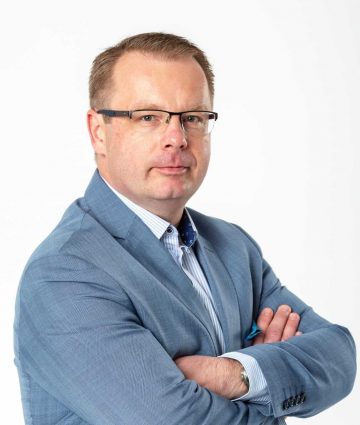 At the beginning of 2020, family businesses in Poland had other plans than analysing the number of COVID‑19 cases, assessing the resilience of healthcare system in the face of an extraordinary challenge or diving deep into information on the progress of vaccine research. Firs had plans, objectives and well-designed strategies for how to carve out an additional piece of the market pie and follow the path of economic growth. Instead, they have wondered about the timing of market lockdowns, the economic impact of the pandemic on their businesses or whether government interventions and policies will persist. Massive uncertainty has encompassed almost every aspect of their business and family subsystems. A fight to survive has begun.

The first infection of COVID‑19 was confirmed in Poland on 4 March 2020. A week later, initial restrictions were introduced, such as cancelling mass events and suspending classes in kindergartens, schools and universities. Restaurants and other places where large amounts of people gathered were closed on 13 March. A few days later, further restrictions were announced, such as the closure of hotels, rehabilitation salons, hairdressers and other beauty industry firms. The number of customers in shops and hypermarkets was limited. Employers were obliged to provide extraordinary measures for safe working conditions including access to disinfectant liquids, sufficient distance between workstations or organising on-line work. From that moment, Polish businesses – including family firms – have run the gauntlet of prohibitions connected with the so called Great Lockdown. Pandemic restrictions have generated a massive shock of uncertainty because of the immediate and complete shutdown of the real economy, which has simultaneously resulted in significant reductions in supply and demand.

The lockdown negatively influenced the perception of the economic future of family businesses. In a study from the Family Business Initiative Association conducted at the beginning of the pandemic (31 March–2 April, 156 family firms) almost 58% of surveyed businesses expected to cease their economic existence in 12 weeks and 44% expected to go bankrupt in nine weeks.[1] For more than 90% of respondents, their firm was a source of more than 50% of family revenues. For 72% of family businesses, the company accounted for 75% of family income. In addition, Zajkowski and Żukowska conducted research in the first weeks of the pandemic crisis on over 100 family firms. The authors found that almost 65% of family firms declared a drop in revenue (average reduction of 44%) and expected further reductions in month to come at a similar level. Several firms (21%) reduced the number of employees and more than 31% forecasted further reductions.[2] Hence, the emerging picture seemed to be pessimistic. Major sectors under threat were tourism, transportation, catering business, retail (excluding online shopping), clothing and shoes industries.[3]

New circumstances required rapid adaptation to protect businesses. Two approaches for how to tackle the new crisis could be distinguished. On the one hand, family firms implemented various solutions that facilitated at least partly continuing business operations in the tremendously difficult period. In a survey, 66% of businesses suspended investments and intellectual property development, 50% sent employees on paid vacation, 33% stopped paying bonuses or reduced remunerations. Moreover, 40% of firms extended payment due dates and 20% postponed loan or leasing payments. For more than 40% of businesses, remote work gained momentum, and 27% implemented e-commerce.[4] The idea of moving business to the internet was additionally intensively supported by the Polish Government.[5]

The second method to combat the pandemic employed so called anti-crisis shields implemented by the Polish Government. From the first lockdown until April 2021, nine ‘shields’ have been offered to business entities such as subsidies, loans, tax alleviations and more. Shields have included measures for the financial sector and health care system, employment protections and support for public investments. Figures presented by the government indicate a total amount of support around 312 billion Polish zloty (68 billion euros).[6]

The initial proposals included in the anti-crisis shield bill were assessed by Polish family businesses rather negatively. Specifically, 67.3% of family firms found the government had poor accuracy recognizing their needs, and 83.3% disliked the prepared support package. Better results were reported in assessing the efforts and programmes of local governments (‘only’ 55.8% of businesses ranked it as insufficient). However, businesses did not have any other solutions. Fifty-six per cent of family businesses declared that they would apply for the government support even though they did not believe that the proposed instruments could protect their firms during pandemic lockdowns. Additionally, firms voiced that access to support procedures were unclear and overcomplicated. Family firms also proposed their own anti-crisis solutions, including (1) loan subsidies; (2) salary exemptions from income tax and social security contributions; (3) flexible working time and remuneration measures; (4) temporary suspension of interest, loan instalment and leasing payments; (5) postponement of tax payments and (6) deregulation measures to simplify running a business.[7] However, expectations of family firms seemed not to align with financial resources of the treasury, as unofficially admitted by politicians from the ruling party.

In April 2021, there is still widespread disappointment in the Polish government’s anti-crisis support measures.[8] Despite this, family firms struggle to protect their businesses, which represent their multigenerational heritage. Several family businesses have accessed private resources (so called survivability capital) to surmount the pandemic period. All firms are waiting for the dissemination of the vaccine to the majority of the Polish people, after which they would be able to restore business processes and undo the losses. Additionally, firms realise that the number of closed businesses and bankruptcies were not as large as they expected a year ago in particular due to their own effort. Polish family businesses believe that the third wave of the pandemic would be the last and ‘normal lives’ would be restored, providing some optimism for the future. The final impact of the pandemic on family businesses will be seen in a few months when fresh figures will reveal the damaging effects of the unprecedented economic volatility.