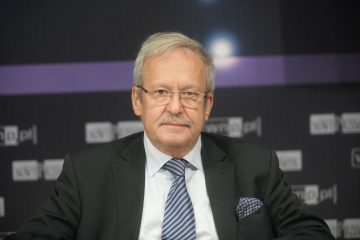 The turn of the year 2021/2022 for the citizens of Poland was marked by a drastic increase in the prices of natural gas, electricity and heat.  The official narration indicates that it is the effect of the EU climate policy. There is no reliable explanation for the statistical citizen of the real reasons, which would unequivocally show that the continuation of energy policy based on coal will only maintain these high prices and, consequently, will also lead to a significant reduction in the competitiveness of the Polish economy and the standard of living of Poles.

Thus, the Polish energy sector is currently facing many challenges, the key one being how to ensure competitive energy production and trade while simultaneously meeting the objectives of the European climate and energy policy. Under these slogans there are specific tasks, i.e. essential reconstruction of production assets which do not meet the technical conditions defined in the EU standards known as BAT or BREW. The challenge is also to implement the state strategy in the field of energy and climate, the real improvement of air quality, reducing the increase in energy prices, filling the gap left by lignite and hard coal, and last but not least how to finance the energy transformation, from which there is no turning back.

In 2020, the European Commission presented a plan to reduce greenhouse gas emissions in the EU by at least 55% of the 1990 level by 2030. Such an ambitious goal will allow the EU to achieve climate neutrality by 2050.  The new EU CO2 reduction target of 55% means that this process will have to be accelerated in order to find a viable alternative to coal.

After 2025, when the so-called power market – i.e. public support for coal units – ends, we will have to face the loss of 10GW of power in the national power system. Taking into account economic conditions, investment process implementation time, and environmental issues, in order to supplement the missing capacities, Poland must develop RES, nuclear energy, and temporarily gas-fired power plants, as well as take into account energy imports. It is also necessary to expand the capacity of cross-border transmission networks to ensure continuity of supplies and integration of the competitive European energy market.

Taking into account the fact that last year Poland achieved only 11.5% share of RES in electricity production, the key issue is to select solutions enabling their faster development to a level that guarantees maintaining stability of the power system.

As regards the future of the Polish power sector, it is necessary to point to the assumptions of the new draft National Energy Policy 2040 (PEP2040).  It is a proposal for transformation of the system towards low- and zero-emission sources, however, with the preservation of solid fuels and natural gas in the mix as an element guaranteeing stability of electricity supply in the interim period.

Depending on the rate of growth of emission allowance prices, the share of coal in electricity production is proposed to be 37-56% in 2030 and 11-28% in 2040. Considering the fact that currently coal-fired power plants produce over 70% of electricity, this target can be considered realistic. The share of gas, which is to be a bridge fuel in the energy transition process, in the energy mix is planned at 17-33% in 2030. Demand for natural gas and crude oil will be offset by biofuels and alternative fuels.

The share of RES is to reach at least 23% in the final energy consumption divided into no less than: 32% in electricity, 28% in heating and 14% in transport. Extensive investments are planned in offshore wind energy located in the Polish economic zone of the Baltic Sea. It is forecasted that the installed offshore generation capacity will reach 5.9 GW in 2030 and 8-10 GW in 2040. According to the Ministry of Climate, as much as 28 GW of offshore wind energy capacity may be created by 2050, and the level of employment in companies related to the construction and operation of these installations is estimated at around 70 thousand people.

Due to the dynamic growth of RES, including numerous prosumer installations, it will be necessary to expand the transmission and distribution infrastructure, which will allow power to be derived from existing and new sources, including wind, PV and nuclear energy. The first nuclear unit with a capacity of 1-1.6 GW is planned to be commissioned in 2033, with subsequent units to follow every 2-3 years. Six generation units with a total capacity of 6-9 GW are expected to be built by 2043 to strengthen the system’s foundation and significantly reduce pollutant emissions.  However, taking into account the experience of other countries in recent years, the planned schedule seems unrealistic given the current progress of these projects.

The long-term success of the transformation of the Polish energy sector depends on political decisions, strategy, financing and appropriate regulations. At the same time, market predictability, legal stability and greater competition are the only chance to reduce its costs.