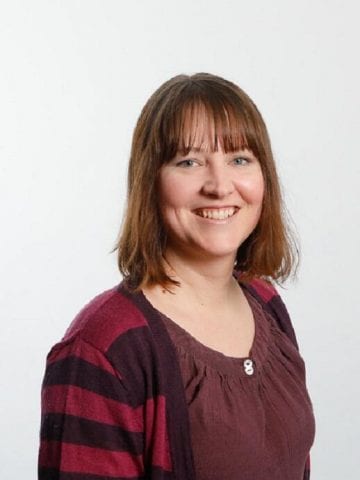 Retailing has developed from independent merchants from the pre-industrial times to multinational giants operating through global value chains. This development brought more goods available to larger part of populations and has been one of the key characteristics of the consumption driven Western economies. The peak of this development has been the spread of fast consumption concept from fashion to food and furniture. The globally well-known retailers of H&M, McDonald’s and Ikea are good examples of this phenomenon. These large retail chains challenged the local small retailers and changed the rules of competition within the industry highlighting agility of supply chain and global sourcing.

Next, the development of online shopping and payment methods opened new opportunities creating another generation of retailers operating without brick and mortal shops, such as Amazon, Zalando, and Aliexpress. These new online retailers have yet again challenged the more traditional retail formats like department stores such as Macy’s in US, Kaufhof in Germany, and Stockmann in Finland. The traditional department store format has not been able to keep up with the changing market, and chains have been closing stores and cutting staff. The well-known toy giant ToyR’Us went under in 2018.

These industry-changing developments are enabled by multiple connected changes. Change in one industry can result from external pressures stemming from developments on wider structures and policies or from changes within related industries. These bring new demands and opportunities for the companies in that one industry. In the case of retailing on a higher-level, the trade policy developments of opening up new markets and removing tariffs brought opportunities for developing global value chains and operating in retailing in a different way. In addition, the process of industrialization of production made it possible to produce large amounts of goods and increased productivity, decreasing costs of production making and consolidating production to cost efficient locations. The independent merchants were not any more an efficient way of delivering the increased range of products from various locations around the world. Thus, there were new opportunities for retailers.

At the same time, welfare in the Western societies grew and the middle class got relatively wealthier creating demand for a set of new products related to housing, leisure, and personal wellbeing. The development of consumer demand evolved together with the advancements in retailing making it self-evident to have fruits and vegetables in offer throughout the year irrespective of the local season, and have four fashion seasons and new arrivals non-stop in shops. This all was enabled with the development of globally operating retail chains with highly efficient sourcing and supply chains.

The next step was the blooming of on-line retailing. These now global giants created a new way of operating retailing seemingly whipping the geographical distance of the map. These players increased the assortment available and increased price competition. The traditional players had hard time keeping up with the change. This change was forecasted to change the consumer behaviour for good, and to make majority of the brick and mortal shops to cease to exist. The change has not yet developed to that extreme, and many of the on-line retailers have established brick and mortal shops to support their on-line presence. Thus, consumers do not only adapt to the retail industry developments, but they are also an important actor influencing this development.

Within the last ten years, conscious and sustainable consumption have increased. This is evident both in the products available as well as in the retailers’ practices. To return to the few examples from the beginning: H&M has their own recycling program as well as conscious product line, McDonald’s aims for using 100 % recycled package materials by 2025, and Ikea focuses also on recycled and sustainability of their raw materials as well as products sold. The challenged departments stores are restructuring their operations to find new ways to be profitable.

What is evident is that the changing of the retail landscape will continue. The climate crisis and developments in artificial intelligence and digitalization will shake many industries including retailing. The sustainability of consumption as source for economic and welfare growth has been questioned as well as the environmental and social sustainability of global value chains. Thus, values and beliefs that the industry was built on are changing, and therefore pressuring change on multiple levels of the industry from regulations, practices to values. To further understand the complexity and mechanisms of these changes, we have a research project initiative at Turku School of Economics focusing on the many faces of the changing landscape of retailing.