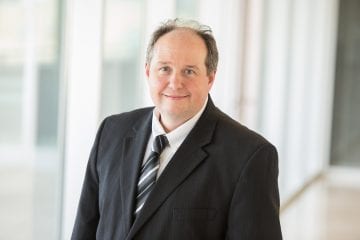 In July 2017, the World Trade Organization amended the Trade Policy Review Mechanism (TPRM) changing the schedule of review from every two, four, and six years to every three, five, and seven years. The review schedule for each country is allocated based on country size, so that larger countries are reviewed more frequently. The intent of this intentional slowdown in the WTO’s workload was to address a growing backlog of countries that had yet to complete their respective reviews. While increasing the duration between reviews will certainly help WTO staff get the work completed, the broader question of the distributional effects of this reform on member countries remains unaddressed. I build on findings from my book that was published last year by Routledge on economic surveillance at the IMF and WTO to answer this question. This reform solves one problem, but it creates others, as it does have potentially harmful effects on developing countries.

Some background is in order. The Trade Policy Review Mechanism was created as a part of the Marrakesh Agreement. It addressed one of the central weakness of the GATT: that of its weak norms of transparency. To achieve this transparency, countries submit reports on the state of their economy on the above schedule. These reports are paired by separate evaluations from the WTO secretariat and both reports are discussed in the Trade Policy Review Body, to which all WTO members belong. The peer review component of this review gives other countries the chance to ask questions and receive answers, and all of the documents from the review (the country report, the Secretariat report, and the Q&A) are posted on the WTO’s website.

But there is a cost to success, and the increase of members to the WTO has put pressure on the Trade Policy Review Mechanism to keep pace. While the WTO has averaged 16 trade policy reviews per year, the increase in new members was expected to increase the number of needed reviews per year to close to 30 per year. This has inevitably resulted in a backlog of reviews that had yet to be completed. And it is a credit to the Trade Policy Review Body that it only lengthened the time between reviews instead of renegotiating other procedural changes to impede the effectiveness of the TPRM.

The good news is that this reform will not create an informational deficit for developing countries. The Trade Policy Review Mechanism was created to produce transparency about member country trade policies, and developing countries especially benefit from this transparency. Lacking internal capacity to scrutinize the trade policies of developed countries, the WTO plays a needed role as a valued surrogate. One can certainly dispute the timing of the slowdown in reviews with hindsight. Less scrutiny for developed countries at a time of a deepening global trade war is not ideal. However, it is important to remember that the Secretariat has introduced its own global trade policy monitoring efforts. Transparency shows no signs of going away. The ability of the Secretariat to speak truth to power tells us that the WTO is not reducing its monitoring efforts. More importantly, these reforms will not leave developing country members in the dark.

The bigger problem lies in how developing countries respond to this reduced scrutiny. A strong test of whether the TPRM makes a difference requires that we consider the effects of the review process on a country’s willingness to impose anti-dumping or countervailing duties. If the time during the review cycle deters cheating, then this suggests that the longer duration between reviews might prove harmful. In my book, I test this proposition econometrically between pairs of developing countries. I found some evidence that countries are more willing to impose these anti-dumping or countervailing duties on other countries in the years following a trade policy review. And these results hold controlling for other factors that would affect the imposition of these duties. This suggests that the timing of the review might serve as a mild deterrent against opportunistic behavior. By extension, lengthening the time between reviews can give countries greater incentives to impose these duties, mindful that they will not have a trade policy review for three (now five) more years as a result. Thus, actions taken to reduce the workload on the TPRM might inadvertently produce more cheating.

Institutional reforms are never easy, and the Trade Policy Review Mechanism has been a quiet and understudied success for the WTO. The act of asking countries to publicly defend their trade policies and allowing countries to ask questions of each other has been a strong force to keep markets open even in the current era. The task before us now is to appraise other aspects of the TPRM so that we can further improve it going forward.