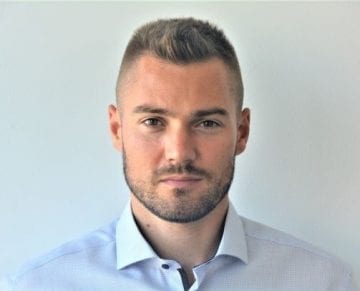 Russian youth remains a major group that is insufficiently understood and referred to in current views of Russian (and international) politics and society. Changes in contemporary Russian youth lifestyles are some of the results of globalization, economic interdependence, intensification of migration flows, cultural unification and global connectivity, which are evident in other countries among this population as well. The positive effects of these global processes, such as spread of knowledge and modern technologies, are often challenged by issues that inevitably occur, such as increased inter-ethnic tension and changes in national identities. Some scientists consider globalization as national identity weakening force, while others perceive it as national feelings intensifier.

The Russian governmental institutions are putting more efforts into reconstructing national identity, perceived as crucial factor of state integrity, which has been challenged due to Russia’s specific geopolitical disposition, its historically determined multinationalism and political and economic reforms consequences from the past.  In these processes, young people become most exposed and sensitive to global tendencies and political elite ideological pressure, national identity becomes controversial and produces social practices transformed under contemporary influences of the internet, social media and global trends.

Regarding the above-mentioned government efforts to preserve national identity, the role of youth and their perception of identity is one of the key factors of the whole process since they are the future of nations. Latest research results on Russian youth attitudes, beliefs and values show the extent to which new generations are impacted by overall globalization: out of 2400 participants, 89% defined themselves as Russians, but only 59% of respondents gave priority to the state identification over regional, soviet, supranational or ethnic identification. Notable that young people with higher education level highlighted the importance of knowledge of history, culture and traditions as rational justifications of patriotism as opposed to abstract and more uncritical love for the Motherland. Despite the multiple difficulties they face in their everyday life, such as economic and social crisis or political instability, national identification still takes the central place in their identity.

Accustomed to economic uncertainty and volatility, Russian youth value short-term enjoyment, achievement and products over potential gains down the line. However, not all of them are convinced about the value of renting or having something for a short period of time. Material values such as cars and apartments still matter as they represent stability and social status. Similarly to the rest of the world, Russian Millennials live in big cities, overwhelmed by their daily routines. The work-life imbalance is a usual phenomenon, but they have embraced the trends of healthy lifestyle and community building to connect with like-minded people and engage in activities that don’t require too much effort.

The majority of Russian young people would stay and live in Russia; however, their emigration intention is continuously growing. According to national statistics, approximately 40% of the Russian youth aged between 18 and 24 are planning to leave the country because of the above-mentioned conditions. Their top target countries are Germany, the US and Spain. On the other hand, the 37% will not leave, 16% will probably stay as well, while 6% is uncertain. This group of youngsters is either lacking the realistic opportunity to move abroad or stay because of claiming themselves patriotic.

Despite the various governmental initiatives, these traditional values among youth are matched with low civic and political participation. Generally, inactive young people who do not have role in such activities and processes can be divided into two groups: passive ones who show apathy and indifference towards these affairs, and secondly the ones who have strong, often negative emotions and clear attitudes on most events and processes, but remain inactive. Their negative emotions could potentially be turned into very resourceful and proactive activism – this utilization can also serve as a mean of radicalization prevention.

Ultimately, their representation based on media propaganda largely differs from their self-image of citizens and patriots. The increased involvement in future narratives, political processes and conflict resolution would contribute to better understanding, active citizenship, trust and overall societal progress as also addressed and supported by the United Nations Security Council Resolution 2250.