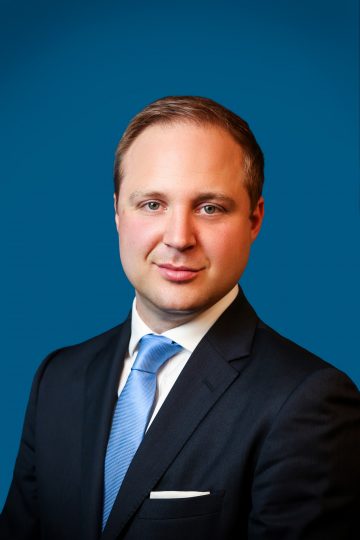 Chinese investment activities in the Baltic Sea region have seen an increase over recent years. This corresponds well with the overall growth in Chinese investment in Europe over the past decade, a trend fueled at least in part by growing restrictions imposed in the United States under the Donald Trump administration.

Despite this uptick, the Baltic Sea region does not rank among the prime destinations of Chinese FDI in Europe. According to a study conducted by Baker McKenzie, Sweden was the only regional state included in the top 10 destinations for Chinese investment in Europe in 2017. Moreover, Nordic-Baltic states only received 5 percent of overall Chinese investments in Europe in 2017 according to Rhodium Group. Looking at the entire period 2000-2016, Finland stands out as having seen the most significant growth in Chinese investment, rendering China Finland’s most important trading partner in 2017.

Chinese investments in the region encompass infrastructure and logistics, technology and agriculture among other things. An notable example of Chinese investments in the region was Geely’s 2010 acquisition of Swedish automobile company Volvo Cars (in 2017, the same company also acquired a major stake in Volvo Trucks). Other Chiense investments are still pending. For instance, Chinese investors have expressed interest in participating in the Rail Baltica project, a railway project to connect the three Baltic states, and in building out a container terminal in the Port of Klaipeda in Lithuania.

The Baltic Sea region is strategically significant for Beijing as it is one of the end point for the Belt and Road initiative, a massive project launched by President Xi Jinping in 2013 aimed at connecting Europa and Asia through trade and infrastructure. Moreover, China sees potential to link the Baltic Sea region to the “Polar silk road” it seeks to establish in the Arctic region to connect European and Asian shipping lanes. Having become an observer member to the Arctic Council in 2013, China recently published its first-ever Arctic policy white paper in January 2018.

Furthermore, Estonia, Latvia and Lithuania are all part of the 16+1 framework which Beijing uses to engage with countries in Central and Eastern Europe and which has been criticized by some EU officials as attempting to divide European countries. In November 2016, Riga was the host for the annual CEEC-China (16+1) summit.

While China’s economic and diplomatic presence in the region is accordingly expanding, it is not without controversy. Across the West there is currently a growing debate over unfair Chinese economic and trade behavior. These include strategically motivated investments, massive state subsidies, forced technology transfer, and cyber-attacks and espionage. Recent examples of controversial Chinese investments in the Baltic Sea region include efforts to build a deep sea harbor in the Swedish town of Lysekil and an airport on Greenland. Both projects were halted due to their controversial nature and security concerns. The Swedish Security Service has previously expressed concerns about Chinese investments in the country and the risk for forced tech transfers.

Another set sticking point relates to China’s digital inroads in Europe, especially when it comes to building out 5G infrastructure. Norway has recently announced that is considering excluding the Chinese technology company Huawei from participating in the country’s next generation telecommunications network due to security concerns such as the fear for backdoors into the equipment which could enable espionage. The United States is actively pushing its European partners to refrain from working with Chinese companies on 5G due to such security concerns.

This raises the issue of investment screening on national security grounds, something which all regional states except for Sweden and Estonia have some form of legislation about already in place. Norway recently finalized a new investment screening regime allowing authorities to vet foreign investments based on national security considerations. Finland first introduced stricter controls of foreign investments into the defense sector and other critical sectors back in 2012. Efforts to promote regional coordination on investment screening are also underway. During a meeting in Oslo in October 2018, Nordic leaders agreed to pursue a joint approach to investment screening. This is a sea change compared to only recently, especially taking into account that the Nordic countries are among the most market liberal and free trade oriented in Europe.

Ultimately, it strongly behooves Baltic Sea countries to continue scrutinizing Chinese trade and investment practices in the region. A coordinated approach to investment screening between regional states should be developed to ensure consistency. China also deserves to become a regular topic in NB8 formats so as to promote speaking with one voice on China-related matters. Finally, the Nordic-Baltic states in the EU should seek to play a leading role in shaping a common European strategy toward China that carefully balances managing security concerns with maintaining commitment to free and open global trade.

As great power competition between the United States and China likely intensifies in coming years, it is essential that the countries in the Baltic Sea region pay close attention to broader geopolitical developments and adopt strategies that aim to protect national interests and maintaining a rules-based international order.