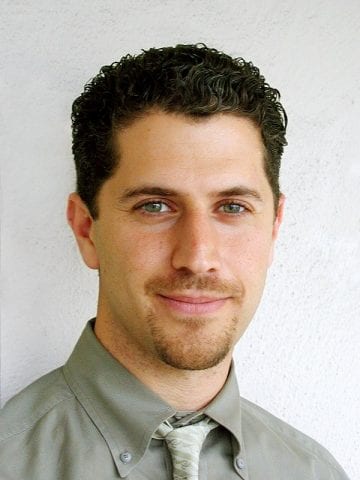 As I taught a course on environmental politics in Madrid, Spain, I straddled the lines between the climate protesters and the UN climate talks here, the Conference of Parties (CoP) 25. The talks ultimately resulted in one of the worst outcomes in 25 years of climate negotiations, failing to commit to any substantial consensus on this global threat.

The failure of the Madrid talks and the American abnegation of the Paris Accord should not prevent other nations or international organizations from taking the initiative in preemptive climate mitigation and planning, particularly the Baltic Rim countries, as they will be adversely affected by a rise in sea levels, as well as by the geopolitical implications of the melting of ice sheets on the Arctic Ocean.

With the retreating ice sheets, Russia has already begun to posture over the Arctic, part of a larger strategy to project naval power over waterways from the North Pole to the Baltic Sea, from Ukraine, Crimea and the Black Sea to the Caspian, and ultimately Syria and the eastern Mediterranean.

As ice sheets melt due to climate change, the Arctic Ocean will emerge as a contested theater of military and diplomatic maneuvers, a prelude to a geopolitical contest, or an example of what Cleo Paskal called in her book Global Warring, where environmental, economic, and political crises become interlinked.

From the Mediterranean to the Arctic

While the US faces wide open seas on both the Pacific and Atlantic to project its naval power, Russia’s navy is hemmed in by narrow straits.  To reach the Atlantic the Russian naval fleet has to depart from the Baltic Sea, then through the Danish Straits chokepoint. To reach the Mediterranean from Crimea, Russia has to navigate two chokepoints at the Bosporus and the Dardanelles Straits. In a future conflict scenario, Moscow fears that NATO forces will deny Russian naval access through these chokepoints, essentially trapping the Russia’s navy in both seas.

Climate change offers Russia an opportunity to navigate the Arctic through a Northeast passage, weaponizing this body of water, but this will not translate into open seas for Moscow immediately. The lanes that are navigable are still constricted by the remaining ice sheets and resulting icebergs. Theoretically its vessels could navigate this passage on the roof of the world, however, to reach the Pacific it would have to navigate another chokepoint at the Bering Strait across from Alaska.

Examining Russian geographic constraints from Moscow’s perspective demonstrates how even events in the Arctic are indirectly linked to the Turkish and Danish straits.  Environmental changes highlight the zero-sum game of realist politics. A warming Arctic would be victory for Russia, but not for the Baltic rim countries that are members of NATO, as it would open up another arena for geopolitical rivalry.

From naval to missile power over the seas

In late August 2019 Russia ostensibly launched missiles from the Arctic Ocean to send a message to Washington, as that is the shortest path of a nuclear weapon to reach the US. These launches were preceded a few years ago, as even then Russia sought to demonstrate the far reach of its missile to the European members of NATO, but using the skies of Syria instead.

From fall 2015 to the summer of 2016 Russia fired its long-range Kalibr cruise missiles from naval vessels in the Caspian Sea towards Islamic State (ISIS) targets in Syria. Russian planes stationed in Syria would have been more accurate and effective in targeting ISIS, not to mention cheaper than using costly cruise missiles. However, an air raid would not have delivered the same political message.

The range of the cruise missiles demonstrated to the US and NATO the advances in Russian military technology, related to Moscow’s posturing over Syria, but also over Ukraine and NATO’s presence in the Baltic states and the Arctic.

Climate change can only be mitigated by multilateral efforts, yet the conference in Madrid demonstrated that while UN can generate norms to offset climate change, it does not have the collective political will to proactively deal with this threat. A good number of member states see climate change mitigation efforts as an impediment to their economic growth, without imagining the security threats it poses. Now, it is imperative that other international organizations and regional security structures deal with this threat.

Ideally, to allay Moscow’s fears, the Organization of Security and Cooperation in Europe, of which Russia and the Baltic Rim states are all members, would adopt a policy on climate security threats, but the precedent of its constituent parties managing the conflict in Ukraine has been lackluster. NATO on the other hand has established precedents for securitizing climate change risks. It has deployed forces to deal with floods in the Balkans and efficient water management in Central Asia.

Climate change will disrupt power relations in the Arctic, the Alliance’s northern flank, while leading to desertification and climate refugees in the Middle East, its southern flank.  The current presidential administration in the US, a key player in NATO, sees climate change as a hoax and its noncommittal stance is one of the reasons as to why the Madrid talks failed. Ideally, going into 2020, and with the possibility of a new administration in the US, NATO will develop a comprehensive security doctrine to handle climate threats in both regions in the light of the failure of the international community to do so as of yet.