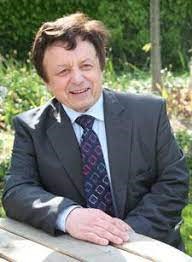 A short overview of the Danish economy

Denmark has an advanced open economy. The country holds a positive structural balance of payments securing lucrative performance of the Danish economy, relying on international business activities. The country went into COVID-19 from a solid economic position. The government resolutely secured substantial policy space to deal with the coronavirus and prepare a resilient revival. The adopted fiscal policy continues to sustain the recovery from COVID-19. Appropriate strategic measures provide constant support to the labour market, keeping the unemployment low.

According to the estimates of the World Bank, by the end of the first quarter of 2021 Denmark’s public accounts were among the best, allowing the country to have one of the smallest debt-to-GDP ratios world-wide. Due to the expected moderate resurgence in foreign demand, international trade is anticipated to recover slowly.

The Danish economy has strong prerequisites for adjusting to lasting fluctuations in demand due to COVID-19. In 2020, the Danish economy was assessed by the World Economic Forum, as one of the most adaptable economies in the world, providing Denmark with opportunities for a stable economic development post COVID-19.

The most important industry sectors are the biotechnological, chemical, and pharmaceutical. The niche Danish firms and industries are mostly in the biotechnological and renewable energy sectors. Denmark is the world leader in the production of wind turbines selling the bulk of its production world-wide. The Danish industry sectors have dealt well with the problems caused by COVID-19.

Denmark has a highly concentrated resilient banking sector. The local banks have a key position in the industry, while three Danish banks control more than a half of the total assets. The tourism sector constantly increases in status to become an important source of national income. Trade and transport services are of key importance for the Danish economy as the country is the world’s fifth-largest shipping national operator, where Maersk is the largest integrated shipping firm in the world.

According to the vision of the Nordic Council of Ministers, the Nordic Region is aspiring to become the most sustainable integrated region in the world by 2030. It comprises five countries, namely Denmark, Finland, Iceland, Norway, and Sweden, possessing a huge multiplicity of natural endowments, including the rich arable soil of Denmark. These are supplemented by the industrial developments of renewable energy from the Danish wind turbines, augmented by world-class scientific and technological advancements. Based on the World Bank figures, all Nordic countries are at present the equivalent of the twelfth largest economy in the world. Investments across the Nordic Region in education, innovation and research soar securing sustained advancement of the regional economy.

All five Nordic Region countries are among the seven happiest nations in the world in 2021, Finland and Denmark topping the list.

A review of Danish internationalisation

All countries in the Nordic Region started industrialising based on their key natural endowments. Denmark’s resource endowments support the internationalisation of the country. The fertile arable land made agriculture of major importance for the Danish economy. Consequently, the food industry has gained pace in country’s development and internationalisation.

Structural changes have gradually taken place Denmark, the country continuously relying on exporting of industrial goods as new businesses have appeared within the manufacturing sectors broadening the country production base. Denmark has continuously been a net exporter of food products and energy, supported overtime by many new industry sectors, the products of which have captured customers world-wide.

The World Bank, in its recent report, has revealed Denmark as first in Europe and fourth in the world for easiness of conducting business in the country.

Denmark has continuously been among the top five countries of the World Bank’s publication “Ease of doing business” list. Denmark is also one of the countries with the best investment climates in the world. The country endeavours to augment its knowledge-based, high-tech, and green energy industrial sectors, giving a huge importance to innovation as well as research and development.

According to Forbes Business Magazine, Denmark has consistently been among the most preferred countries in the world attracting foreign direct investment.

Denmark has created world-class firms in numerous industries. Among them is the renewable energy. Many years of elaborate policy, based on a clear-cut strategy, have placed Denmark in the vanguard of ‘cleantech’ in the world with the impressive target of entirely stopping the use of fossil fuels by 2050.

Based on vigorous public-private collaborations, the country has many of the best industries in the world comprising biotech and life science. Founded on constant innovation, Danish food products offer high quality and world-class health safety.

The scale and scope of internationalisation of the Danish firms enhance constantly. On average the income generated abroad is approximately one-fourth for the smallest internationalised firms to reach more than four-fifth for the biggest. Regarding production overseas, in the case of large multinational Danish firms circa half of it is made outside Denmark, whereas it is about one-sixth in the case of Danish small and medium-sized enterprises.

Supplying big customers overseas has been advantageous for Danish firms of all sizes, the effect being more pronounced in smaller firms.