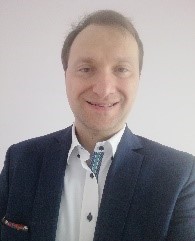 For over a year, Europe, like the rest of the world, has been struggling with the COVID-19 pandemic. Many articles have already been written on the issue of the health and economic impact caused by this disease. There was also a lot written about how to combat this pandemic and the aid programmes introduced by EU Member States because of it. Recently, there have been a growing number of studies on a recovery plan for Europe worth EUR 750 billion, presented by the European Commission. However, these analyses and discussions usually concern either Western Europe, which has felt the effects of this phenomenon most strongly, or China, where the disease began. In this short article I will try to give some background on Poland, representing Central Europe, and the effects that occurred here in terms of energy poverty during the reign of the COVID-19 pandemic.

Poland recorded one of the lowest drops in real GDP in the EU in 2020. It fell by 2.7% in 2020, and only 3 countries in the EU achieved better results. In addition, Poland was one of the first EU countries (after the Czech Republic and Slovakia) to react to the outbreak of the disease through a hard lockdown (spring 2020), which, on the one hand, severely restricted economic activity and, on the other hand, made it possible to avoid such a rapid increase in the number of infections during the first wave of the pandemic, which hit countries in the western part of the EU in the following months with great force. Analysing the economic situation of Poland, it should be mentioned that apart from favourable economic growth indicators (compared to the EU), the situation on the labour market is also good and the recession has not significantly influenced the increase in unemployment. According to Eurostat, the unemployment rate in Poland in March 2021 was 3.2%, which was the lowest level among all EU countries.

However, despite this relatively good economic situation in Poland, it should be noted that the COVID-19 pandemic has adversely affected Poland’s level of economic development as measured by the level of energy poverty. While the wealthier part of society and larger companies were not affected by COVID-19 (in the case of industry it was even a period of steady growth), for the poorer part of society and small and micro enterprises, especially services, it was very acute. The lockdown applied to a greater or lesser extent since March 2020 (with a break for the summer months) has resulted in either a drastic reduction in economic activity or its complete stagnation. The effects of this are felt mainly by the poorest section of society and those on average incomes. This is because although the pandemic did not cause a sharp increase in the unemployment rate, the number of registered unemployed increased by 169,000 (18.6%) between March 2020 and March 2021. In addition, people were often formally employed but had not been paid for many months or had their income reduced. The anti-COVID support policy in place guaranteed job retention but did not provide income for workers. In addition, one should not forget the so-called self-employed workers and owners of micro-enterprises who are omitted from statistics on the scale of unemployment in Poland (this therefore distorts statistics on the impact of COVID-19 on unemployment). At the time of the pandemic, this group of people received only token amounts of aid from the state, not even covering their fixed costs. Thus, they often lived off their savings, and were and still are deprived of income. Thus, the pandemic caused the disposable income of people in the second and third quintile groups to decrease and, in addition, the share of these groups in society to increase.

The second unfavourable development was the increase in energy prices, especially electricity, between 2020 and 2021 as a result of the increase in the cost of CO2 emissions (in I-IV 2021 these increases amounted to almost 50%). While in 2019 the government supported households and kept electricity prices constant (compensating energy companies with tax reductions and subsidies), in 2020 and 2021 the pandemic made such support impossible. As a result, household spending on electricity and total energy carriers increased by 11.7% and 4.7% in 2020 and by 9.5% and 4.2% in Q1 2021, respectively. This results in an increase in the share of expenditure on energy carriers in the disposable income of the 2nd and 3rd quintile groups and an increase in the share of the population at risk of energy poverty for financial reasons (for whom this expenditure is more than 10% of income). While in 2016-2019 the level of energy poverty in Poland was decreasing (mainly due to the increase in social benefits), in 2020 and 2021 there was a sharp increase in its level and a return to the levels observed 5 years earlier (above 21%). To sum up, the Polish economy coped relatively well with the pandemic compared with other EU countries, but COVID-19 caused a strong stigma in the area of financial access to energy carriers. This pandemic has therefore caused not only economic and health effects, but also social effects, even in a country such as Poland, which survived the COVID-19 pandemic relatively mildly compared with other EU countries.