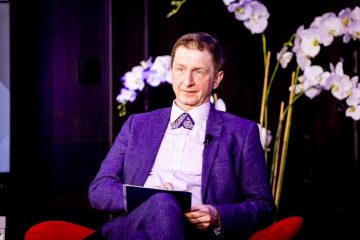 In April 2021 the speaker of Riigikogu[i], Henn Põlluaas, has claimed that “liberal government might lead the country in a totalitarian direction”. This statement was part of the harsh parliamentary debate on a new bill aimed at giving more power to the police in times of the pandemic crisis. Surprisingly, this criticism came from EKRE, a party that has been conveniently positioned in the right flank of the Estonian political spectrum, yet almost literally reproduced the logic of Giorgio Agamben and other left-wing European thinkers of biopolitics who from the very beginning of the pandemic were warning about the dangers of what they called sovereign exceptionalism.

However, there is a significant gap between biopolitical theorizing and what might be dubbed practical biopolitics[ii] as a set of policy measures undertaken by public authorities in response to the pandemic. Practical biopolitics is an area of intersection of medicine, statistics and governance, and it the logic of its functioning is different from the sovereign power whose main instinct, as Agamben deems, is to usurp power under the guise of the state of exception as – allegedly – the main paradigm of both crisis and post-crisis governance. Practical biopolitics is more about “the management of circulations”[iii] than about the “sovereign capture”[iv] and its illiberal consequences.

Undoubtedly, exceptions in the form of various bans and restrictions are inalienable part of crisis management. As required, Estonian officials notified the Council of Europe of the introduction of the exceptional measures and submitted the government’s derogations from the European Charter of Human Rights under Article 15. For some time, Estonian authorities were considering such exceptional measures as mandatory personification of restaurant clients, theatre spectators and participants of public events, but the Data Protection Inspection discarded this approach as incompatible with Estonian legislation. By the same token, the Health Department order to temporarily close private dental clinics in March 2020 was legally challenged and cancelled. The Ministry of Justice overruled a decision by some local authorities to close down certain public spaces to “outsiders” as being illegitimate. A school’s decision to cancel spring vacation in 2020 was overruled by the court at the insistence of parents.

Thus, the gloomy predictions of a society of a “total control” emanating from some biopolitical scholarship did not materialize. The measures taken by the government did not undermine basic democratic procedures. Journalists openly discuss how the crisis might affect freedom of information, and seem to be quite vigilant when it comes to possible misuses of personal data for the sake of biopolitical security.

Arguably, the coronavirus crisis has more revealed the weakness of the state than its dictatorial capacities. For example, in August 2020 the Health Department confessed that it does not have database of persons who are supposed to be quarantined. Oftentimes the state preferred such soft approaches as recommendations over legal prohibitions and limitations, and resorted to legally binding restrictions (such as the obligation to wear masks in public spaces) as a measure of last resort (only in September 2020). This shows the importance of another aspect of practical biopolitics exemplified by Michel Foucault’s concept of governmentality as a key governance tool in the tackling of COVID-19. Stimulation of social responsibility was a key element of emergency governance in Estonia. For example, the Ministry of Education did not forbid final exams but “asked” schools not to hold them. In many domains of crisis management, non-governmental actors, the startup community, employers and business owners took the lead in implementing everyday sanitary measures.

It is within the domain of governmentality that some measures of soft exceptionality have been implemented during the lockdown. One example would be the permission granted by the Estonian government for world class sport events to be held in Estonia. Another example is the county of Ida Virumaa where the vaccination rate in spring 2021 was the lowest in the country, which made the government apply additional measures to incentivize the local Russophone population.

In many respects the pandemic crisis has re-contextualized Estonian political debates. One of the contributors to the discussion about a balance between liberal freedoms and anti-pandemic policies was the Estonian President Kersti Kaljulaid who was also critical of the quality of the legislative process in times of the crisis, arguing that the parliament “placed the government in the back seat in crisis management. It is certainly several large steps away from a state organization in the way I want to see it in Estonia”. The head of the Estonian Bar Association Jaanus Tehver joined the debate by pointing to some legal deficiencies in Estonia’s emergency legislation. By the same token, Chancellor of Justice Ülle Madise admitted that a set of legal amendments passed during the state of emergency received criticism for handing too much potential power to state agencies (including the Health Board) and away from the parliament and the government. She also admitted that not all restrictions introduced by the government were indispensable and reasonable, and the government was influenced by public opinion. And Allar Jõks, sworn advocate and former Estonian Chancellor of Justice, in May 2021 filed an action with the Tallinn Administrative Court over the government’s order extending coronavirus-related restrictions.

The Estonian case therefore proves that fears of a new ‘biopolitical diktat’ are overrated. The COVID-19 pandemic has engendered new administrative and managerial tools, yet in the meantime introduced new practices of contesting and challenging governmental decisions as an indispensable dimension of the democratic rule.

[i] The Estonian parliament