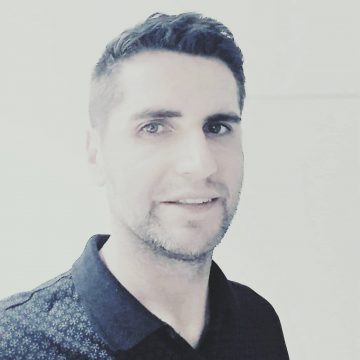 Any radical social change usually has an impact in the sphere of faith and religiosity. Many sociological and psychological studies have shown that, in the face of destabilization and uncertainty, religion and religious engagement provide hope and emotional support, can help to answer existential questions, help people find meaning in events that seem difficult to understand, and provide resources to face crises and adversity. Faith and religious practice can improve mental well-being by being a source of comfort to people in difficult times.

Accordingly, it can be hypothesized that in the current global crisis brought about by the COVID-19 pandemic, religion should play a particularly important role in helping people to cope with the threats they are experiencing. On the other hand, the fight against the pandemic has forced many countries, including Poland, to introduce restrictions aimed at preventing the spread of COVID-19), including restrictions on gathering for religious worship. Limiting people’s possible forms of worship is not conducive to the development of their religiosity, and may even cause people to depart from traditional forms of religiosity.

The diverse effects of the pandemic on people’s religiosity have been confirmed by previously published research results. On the one hand, studies have indicated that some people experiencing fear, suffering and/or illness during the pandemic have experienced a type of “spiritual renewal”, such people saying that the pandemic has boosted their faith. On the other hand, there is also evidence of a de-intensification of religious practices during the pandemic. People who formerly practiced religious acts with little regularity have tended to abandon these during the pandemic, and, because churches have been closed, superficial religiosity based solely on tradition and customary participation in Sunday practices has weakened and sometimes even been extinguished.

Both of the abovementioned phenomena – on the one hand, a revitalization, and on the other hand, a decline of religiosity – can be observed in Polish society, and this has led to a polarization of Poles’ religiosity during the pandemic.

Importantly, Poles’ religious involvement during the pandemic has been primarily determined by their level of religiosity before the pandemic. People who were more than averagely religious before the pandemic have engaged in religious practice (either in an online or traditional form) even more often during the pandemic, this even occurring during the most severe prohibitions. But people who previously participated less frequently in religious practices have limited their religious activities even more during the pandemic and have not returned to their practices subsequent to the lifting of restrictions. This has applied particularly to younger Poles (aged 18-24 years) and to residents of the largest urban agglomerations: those groups of Polish society in which long-term declines in religiosity had been observed prior to the pandemic. It can be concluded that this situation has contributed to an increase in the polarization of religiosity. Those Poles who previously attended church only occasionally tended not to return to church at all after the lifting of restrictions during the summer of 2020, and a significant proportion of these people will probably never return, and this resulting more from atheization and secularization than from the privatization of religion.

Given the above, it is almost certain that Poles’ religiosity after the pandemic will not be the same as it was before the pandemic: people for whom religiosity forms a major part of their life are likely to intensify their religious behavior, and people who practiced very rarely or sporadically before the pandemic are likely to further limit or even abandon their religious activities because of the pandemic and as a result of events accompanying the pandemic which have contributed to a decline in trust in the Church in Poland. These events concern further revelations of instances of pedophilia among priests, and the clergy’s involvement in a political dispute over the tightening of abortion laws.