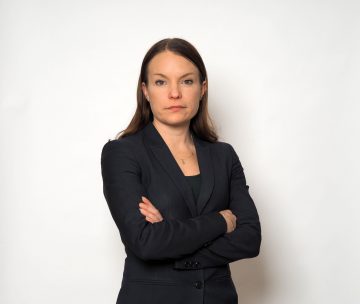 The COVID-19 pandemic hit Russian economy hard through several channels in spring 2020. The lockdown measures imposed in April shut down a large part of the economy reducing domestic demand and production substantially. The huge shock on all economies across the globe cut export demand for Russian products and distortions in global value chains hampered imports. On top of that, Russian economy suffered a related, but partly separate blow through the oil sector that accounts for a significant share of the economy. As the global economic crisis cut oil demand sharply and sent oil prices to a free-fall, Russia had to agree with several other major oil producers (the OPEC+ countries) on substantial production cuts to stabilize the markets.

Despite the gloomy initial outlook, Russia seems to have weathered the crisis in economic terms with relatively moderate losses. Russian GDP contracted 3 % last year – at the same pace as the global economy overall. Although the economic crisis induced by the COVID-19 has been globally historically severe, for Russia it has been more moderate in comparison to past decades. For example, during the global financial crisis in 2009, Russian GDP declined nearly 8 %. Several factors have been brought up to explain Russia’s survival from the crisis, e.g. lockdown measures, government support and structure of the economy.

Initially, Russia imposed quite strict lockdown measures in spring 2020. The measures shut down most activities in service sector and in majority of Russian regions. In industry there were several exceptions, however, where activity continued. Restrictive measures were gradually lifted since mid-May. As the second wave of COVID-19 hit Russia last autumn, some restrictive measures were reintroduced, but they were much more moderate than in the spring or in comparison to several European countries with similar infection rates.

Russian public economy entered the crisis in a more solid position than before due to prudent economic policies of past years. Expenditure was indeed increased notably to support the economy. Nevertheless, Russian public debt was still below 20 % at the end of last year and Russia’s oil fund had liquid assets worth 120 bn USD (8 % of GDP). In international comparison, Russia’s support package has not been exceptionally large. The IMF estimates Russia’s spending measures at about 4 % of GDP, while the average for the G20 advanced economies is 12 %. The current crisis was also the first where Russia was able to use simultaneously accommodative monetary policy to support fiscal policy. The central bank lowered the key rate during the deepest phase of the crisis and ruble flexibility softened the blow from the oil price collapse.

There are also certain factors that can support Russian economy to avoid longer term scars from the crisis. Russian job markets have traditionally been highly flexible. Despite a sharp initial rise, the unemployment rate had returned to 5.4 % by end-March – not substantially higher compared to the pre-crisis level of 4.7 %. In addition, Russia’s private sector entered the crisis in a relatively solid financial position. The non-financial corporations and banks deleveraged especially their external debt in the previous years due to western sanctions. The Bank of Russia has improved the shape of the banking sector during the past decade by withdrawing licenses from hundreds of non-viable small credit institutions and sharpening banking supervision.

Nevertheless, the COVID-19 crisis has hit also Russia hard. It has caused a massive human tragedy, as there were 300,000 deaths more in 2020 compared to the average in 2015-2019. Several households have also suffered severe economic losses. The average real disposable income of Russian households has declined by nearly 5 % since the beginning of the crisis and their purchasing power is now below the level in 2010. The current crisis can also weigh on the already modest longer-term outlook of the Russian economy. Russian GDP grew on average only 1 % a year in 2010-2019. Accelerating growth would require major structural reforms to improve the business environment, increase productivity and to address the new challenges caused by growing global climate action.