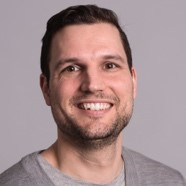 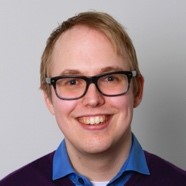 The Swedish approach to dealing with the COVID-19 pandemic, especially during the first wave, has been recognized as exceptional. This exceptionality becomes obvious when it is compared to the reactions of Sweden’s Scandinavian peers; Denmark and Norway. The Scandinavian countries are an excellent comparison to learn from the Swedish approach. The countries have similar institutions, a similar population structure and they share the same values. Nevertheless, the Danish and Norwegian approach to COVID-19 stands in strong contrast to the Swedish approach. Whereas Denmark and Norway closed kindergartens, schools, shops, restaurants, and workplaces during the first wave, Sweden mainly focused on recommendations. Primary schools, kindergartens and workplaces remained open.

This difference in policies resulted in different outcomes. Mobility of Swedes did not decrease to the same extent as of its Scandinavian neighbors. Consequently, the virus spread more in the society. The higher number of cases lead to higher strain on Swedish hospitals, and, to a significantly higher number of deaths. In an empirical study, we calculate that the peak number of hospitalizations would have been 2.5 (3.5) times as large in Denmark (Norway), and death counts would have been 402 (1015) percent until June 2020 if Denmark and Norway would have followed the laxer policy of Sweden. Furthermore, we estimate the benefit of the lockdown in terms of healthcare and mortality costs amounts to between 1-4 (0.9-3.5) percent of GDP in Denmark (Norway).

Given the usual strong coordination of policies among Scandinavian countries, the difference in the reactions at the start of the pandemic is surprising. One reason for this difference may be found in the Swedish constitution. The Swedish constitution forbids ministerstyre, i.e., a direct interference of the government with the decisions made by the public agencies. This gives public agencies such as the public health agency (Folkhälsomyndigheten) a high level of independence. The public health agency and its state epidemiologist Anders Tegnell used this independence and implemented a policy that they believed is in the best interest for the Swedish people.

The main reasoning behind this decision were twofold. First, Swedish health authorities worried about negative side effects on health of a strict lockdown policy. Second, they believed that implementing laxer regulations would be more sustainable in the long term.

Unfortunately, we know today that these two goals were not achieved. After a devastating first wave, Sweden’s number of COVID-19 patient per inhabitant in hospitals and intensive care units (ICUs) dropped down to Danish and Norwegian levels in October 2020. However, the second and third wave were again significantly more severe in Sweden than in the other two countries. Hence, the more severe first wave was not offset by a lower burden during the second and third wave. It is, of course, not clear whether one year already qualifies for a long-term perspective but given the rising vaccination rates, there is hope that the consequences in an even longer-term will be limited in all countries.

Weighing off the COVID-19 burden with potential side effects of lockdown measures on the public health is empirically much harder. However, the comparison of the excess mortality and the costs for the health care system clearly indicate that the side effects have to be massive to call the Swedish way a success.

The economic benefits of the Swedish approach also appear to have been limited. The labor markets, but also GDP in general, show a very similar development in all three countries. It appears that the Swedish economy could not reap the benefits from the more lenient approach.

It is, of course, a difficult task to make decisions under uncertainty, and we do not intend to blame the Swedish public health agency. We believe that the agency acted with the best intentions. We are in the comfortable situation to analyze the situation in retrospect. But analyzing the Swedish approach improves our understanding and will lead to improved decision making in the future.