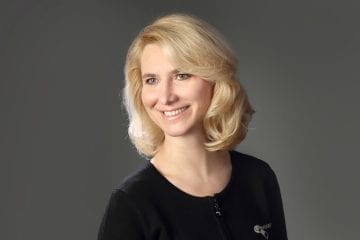 Businesses and their customers have been taking globalization for granted. Since the 1990s, we have lived in the world of low tariffs and stable trading rules. The WTO and preferential trade agreements have bounded tariff rates, and the WTO’s dispute settlement mechanism became the central pillar of the multilateral trading system. Contrary to popular fears, even the financial crisis has not brought about resurgence of protectionism and trade wars.

This certainty about the future of trade policy gave producers comfort and allowed firms to focus on cost optimization and ruthless cost cutting. Global value chains have begun to span the globe placing different stages of a manufacturing process in different countries, often far away from the consumers of the final products. Incessant search for the lowest cost location became the name of the game. Holding sizeable inventories was perceived as wasteful and wherever possible producers have been striving for just-in-time production.

There were some shocks, such as a tsunami and an earthquake that hit Japan in March 2011, whose impact was felt as far as North America, as Japanese multinationals in the US could not get parts and components from the suppliers in Japan. But these shocks were perceived as one off events, temporary disturbances to an otherwise optimal business model.

But a change may be just around the corner. The combination of the US-China trade war and COVID-19 may have created a perfect storm. Each of the shocks by itself would not be enough to spark rethinking of global value chains, but their combination may just do so. The trade war created uncertainty about future trade policy. Firms can no longer take it for granted that current tariff commitments enshrined in the WTO rules will prevent sudden protectionist surges. The WTO dispute mechanism has stopped functioning. At the same time, COVID-19 has exposed what many may consider an excessive reliance of suppliers located in China.

The virus outbreak, which initially took place in just once Chinese province of Hubei and led to temporary closure of local factories, has caused disruptions in production on many continents. Although Hubei accounts for only 4.5 per cent of Chinese GDP, is a high-tech manufacturing hub, home to local and foreign firms highly integrated in global supply chains in the automotive, electronic and pharmaceutical industries.

Firms in Asia and North America were particularly exposed to this disruption. Around a quarter of intermediate inputs used in high tech exports (defined as pharmaceuticals and chemical products, machinery, motor vehicles and other transport equipment) in the US, Japan, Korea and Mexico come from China. But even a car plant in Serbia had to halt production due to the lack of parts.

The quest to find the most cost effective suppliers has left many firms without plan B. More than a half of firms surveyed by the Shanghai Japanese Commerce and Industry Club reported their supply chains being affected by the outbreak. Less than a quarter had alternative production or procurement plans in case of a prolonged disruption.

Dependence on China is also visible at the country level. Many countries are only now discovering how dependent they are on supplies coming from China. For instance, almost three quarters of blood thinners imported by Italy come from China. The same is true of sixty percent of antibiotic components imported by Japan and forty percent imported by Germany, Italy and France.

The current events will force businesses to rethink their global value chains. These chains were shaped to maximise efficiency and profits. And while just-in-time manufacturing may be the optimal way of producing many complex products, the COVID-19 outbreak has exposed disadvantages associated with a system that requires all of its part to work like clockwork.

As scientists warn us, climate change is likely to bring more disruption in the form of extreme weather events. And the number and diversity of infectious disease outbreaks is expected to increase in the future. In absence of any action, shocks reverberating through the global economic system will become commonplace.

Resilience and agility will become the new buzzwords as firms focus on diversification of their supplier base to insure against disruptions to a particular producer or a particular geographic location. We may see some reshoring, particularly as automation will reduce the importance of labour costs. Countries that offer investors benefits of geographic diversification and high skills, while being relatively open to trade and sheltered from trade disputes with geopolitical dimensions, may be able to attract much new investment. The Baltic countries fit well many of these criteria. Thus in the post COVID-19 world, Poland, Lithuania, Latvia, Estonia and Belarus could be among the top investment destinations.