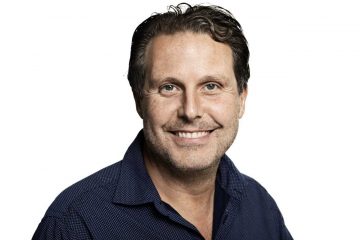 Evidence-based decision-making can be understood as using the best available scientific evidence in a systematic and transparent way. In normal times, evidence-based decision-making will most likely produce valid and robust recommendations. In such settings, causes and effects will often be localized and contained, and past data can easily be translated to current contexts. Decision-makers operate in the realm of “known knows” and are mostly guided by existing best practices. Occasionally, decision-makers might need to gather and analyze additional information. In politics, this could be during the design and implementation of important new reforms. In business, it might be in connection with planned mergers and acquisitions. In these “known unknowns” situations, evidence-based decision-making is integral to charting out the right course.

However, COVID-19 disrupted status quo. It demanded urgency in decision-making whilst at the same time introducing great uncertainties. Little was known about the virus, its vectors of transmission and its health impacts. To this day, many uncertainties remain. Contrast this to the latest pandemic, the swine flu outbreak in 2009, that did not produce the same disruption: pharmaceutical interventions were readily available, and the virus was well-understood.

Evidence-based decision-making during health emergencies prioritizes biomedical science and frequently includes epidemiological data and mathematical modeling. However, faced with incomplete data, predictions were mainly shaped by initial assumptions rather than empirical data. Would the novel COVID-19 behave as a regular seasonal flu, as SARS or something completely different? Accordingly, scientific predictions fell short with many initially underestimating the threat. In Denmark, for example, health authorities officially assessed the risk of domestic COVID-19 cases as low until 25 February when it was elevated to moderate. The first Danish case was detected two days later. Despite this, the health authorities still considered a full epidemic in Denmark low risk.

In other words, there was very little evidence on which to base decision-making. Health experts had to operate in what resembled an “unknown, unknowns” situation characterized by turbulence, incomplete data, and elusive options and objectives. Evidence-based decision-making, therefore, seemed a mirage in the important initial phase of the outbreak. High stakes, uncertainty and urgency are, of course, hallmarks of any major crisis. But in the wake of natural disasters or terrorist attacks, chaos and confusion usually dissipate in a matter of days or week as information gathering, data processing and decision-making regain momentum. The COVID-19 pandemic is unique in that the prolongated crisis keeps generating new complexities and uncertainties.

In the absence of evidence and clear expert advice, political leaders in many countries turned to experience and intuition when making decisions. This is not necessarily bad. Political leaders are familiar with chaos and unpredictability. They are frequently required to assess and weigh risks and opportunities of different decisions under much uncertainty. The decisions they took were often precautionary and not always in accordance with health expert recommendations. The Danish government’s initial decisions of school lockdowns and border closures, for example, were not recommended by the national health agency. Faced with an unknown threat, the natural inclination of political leaders was to reestablish stability, buy time, and focus on what appeared to work rather than seeking the right answers. Naturally, some political leaders were more successful than others. As a general lesson, it appeared that the most effective decision-making processes sought to solicit advice from a broad roaster of experts and practitioners, each contributing with their experience, knowledge, and intuition.

Fortunately, evidence-based decision-making ultimately regains traction even in the face of major disruptions. While great uncertainties persist, new scientific evidence is being produced at unprecedented speeds and volumes. Vaccines have been developed in record time. We are set to curb the outbreak in 2021, which would be a major accomplishment for humankind. Where the Spanish flu in 1918-20 wiped out 3-5 percent of the world’s population, the current COVID-19 pandemic will likely kill less than one permille. Still, there is scope for optimizing decision-making processes, especially for dealing with the initial phases of the next major global disruption that will most likely play out much different than the current one.