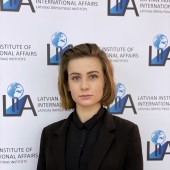 The COVID-19 pandemic catalyzed disinformation and the growth of conspiracy theories. During the first wave of the outbreak, Latvia was a “success story” amongst European Union countries – there were a small number of patients, a low level of disinformation, and high public confidence in the government, with a rich range of good experiences. However, due to the attitude, constant unpreparedness, and over-confidence of the government, it quickly fell victim to the infodemic. As a result, attempts to implement previously developed best practices only dug it into a deeper hole.

At the beginning of March 2020, the first person infected with the novel coronavirus was discovered in Latvia, and the first seedlings of Latvian disinformation appeared. The COVID-19 virus is not more harmful than the flu – this out-of-context phrase from a report by Inese Vaidere, Member of the European Parliament of Latvia, helped facilitate the rapid spread of false statements on all forms of social media. Then the Latvian government launched direct online communication between institutions – there were frequent press conferences and briefings, in which senior officials and the Prime Minister explained the actions of the government and its institutions, as well as further plans. In the spring, with the growth of the virus, new disinformation appeared about the use of natural products – a homoeopathic arsenic solution, ozone therapy, colloidal silver and coral water are recommended for protection against the novel coronavirus COVID-19. This was followed by an active government response, providing citizens with verified, fact-based information, improving public awareness through the involvement of experts and professionals in the field – fact-checking programs were developed, and disinformation was successfully combated. In the summer, as the number of infections decreased, disinformation also fell silent. Latvia was then called a country with a rich range of good practices that can overcome COVID-19 morbidity and the existing infodemic.

In the autumn, the virus and false news reports returned with renewed vigour. Despite an increase in the number of people affected and an increase in awareness, COVID-19 deniers still existed. It was called the flu, or a problem caused by politicians and the media. New restrictions were put in place, disinformers were threatened with criminal liability, and the public continued to be presented with an extensive range of information about COVID-19.

This crisis has highlighted another well-known problem for domestic politics in Latvian society – ethnic divisions. In families where the primary language of conversation is Latvian, COVID-19 was perceived as a very dangerous infection. In contrast, respondents whose primary language of conversation was Russian were more likely to support the view that COVID-19 was a problem inflated by politicians and the media. There were popular claims that COVID-19 tests are inaccurate, harmful, or that people who did not take the results. There was a lot of disinformation about face masks – the requirement to wear them is illegal; masks block oxygen. The government’s reaction remained unchanged. Following some experience, it continued to impose new restrictions, point out the presence of disinformation, and explain its actions. However, internal government disagreements – the opposition’s desire for self-promotion and the many vague restrictions imposed – led to growing public confusion, misunderstanding and mistrust.

The final chapter was reached at the end of the year when a new wave of disinformation raised doubts about hospital capacity and the safety and effectiveness of vaccines. The lack of information created a basis for disinformation, which was also used by the Kremlin-related media, which reported on Latvia’s alleged inability to cope with the disease and its impact on the economy. Such media proclaimed that – the solution to the COVID-19 problem is to return to Russia. Russian media also disseminated disinformation about Western-created vaccines against COVID-19, thus increasing the number of people in Latvia who would like to be vaccinated with Sputnik-V. Surveys conducted by Latvian based polling company SKDS showed that 44% of respondents would like to be vaccinated with Sputnik V, 30% with Pfizer, 19% with Moderna, and 6% with AstraZeneca. It also found that at the beginning of the year, only 29% wanted to be vaccinated at all – today, this number has risen to 44%. In addition, emotional tensions were caused by restrictions on being outside and by arrests surrounding the dissemination of false information. The Latvian government continued to implement its intended course internally in response to the existence of infodemic. Internationally, in December 2020, alongside Australia, France, India and Indonesia, Latvia led the drafting of resolution aimed at promoting resilience to infodemic. Latvia also coordinated the EU’s position on a relevant resolution.

The central paradox was that, regardless of the Latvian government’s actions and awareness-raising, part of the public has continued to deny the dangers posed by COVID-19. Individuals are happy to spread disinformation and deny possible solutions to the crisis. The Latvian government has made no changes to its strategy to combat this, advertising it as the best way to fight the infodemic. It did not account for a changing environment, changing attitudes and behaviours in society, nor was did it act preventatively in the second and third waves of cases. Thus, in Latvia, the struggle with disinformation is comparable to the struggle with windmills, wherein the illusions of the state make it drive itself into the trap of hunting best practices.