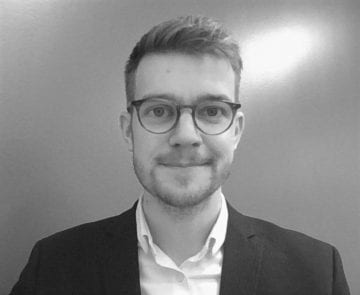 The coronavirus crisis has spawned a flurry over the life and death of globalisation. Can we save? It will be more important to consider how we can preserve the best of what globalisation offers, while becoming better at managing its risks.

Risks are there. The coronavirus vividly demonstrates this point, particularly in respect to globe-spanning supply chains. For example, states’ dependency on pharmaceutical imports and other critical medical supplies such as masks and ventilators are emblematic for the kind of risk human health – and by extension the state – faces when supply is interrupted. Even the EU could not prevent supply disruptions between Member States. “Globalisation”, Henry Farrell and Abraham Newman remind us in a recent essay, “[…] creates extraordinary efficiencies but also extraordinary vulnerabilities.”

The politics of interdependence

The corona-shock revealed the vulnerable mechanism at play: an interdependent global economy in which individual dependencies are almost never symmetric, exposing states to vulnerabilities from shocks to these dependencies. Here the pandemic is not the only troublemaker. Great power competition is too. Powers can weaponize these dependencies should this be in their political interest. And they do it increasingly so: access to finance, the flow of investment, the export of technology, chemical inputs – or, indeed, the export of live saving drugs during a pandemic. The great powers instrumentalise everything and economic networks are particularly vulnerable.

International rules, which may curb this behaviour, have seen better days. Take the World Trade Organisation (WTO). Its ability to work – that is to de-politicise trade flows and settle trade brawls through law, not power – is in a coma. Its lifeline, a new multilateral compromise on all its functions, looks all too distant. Will the corona crisis embolden the global community to overcome their differences? One can optimistically hope so. It may, however, also accelerate the opposite trend.

The profound corona crisis will not spell the end of globalisation. In the big picture, global economic interdependence is here to stay. But the corona crisis is another catalyser for the question where the balance lies between on the one hand the vast economic benefits of interdependence, and on the other hand states’ feeling of incapacity to defend the health of citizens – or other security interest it may have.

This question is of course by no means new. Already Adam Smith in Wealth of Nations considered “defence […] of much more importance than opulence.” The defence of citizens’ health maybe a more obvious reason for states to intervene in global markets. Today, few politicians would disagree that we should minimize the risks of an interdependent economy for essential medical supplies, even if such a policy means increased costs.

Things get more complicated in the field of technologies. Especially for those with a ‘general purpose’ for civilian and military application. Artificial intelligence, for example, and its input – data – is poised to disrupt economic opportunities, security competition, and societal futures. This strategic value, which eclipses simple mercantilist or protectionist logics, makes states less willing to expose themselves to the potential risks of over-dependence on global networks – or rival governments. It is here that the politics of interdependence translate into operationalisation of security, both economic and national.

Contrary to conventional liberal wisdom, interdependence is a power struggle, not a mutual aid society. It can, of course, also provide mutually beneficial outcomes when we minimize the struggle through rules-based global governance, as we have quite successfully done in past decades (and, with exceptions, have excelled at in European integration). But today’s limits to international compromise are glaring.

That does not Europe should renounce its strategy to find international solutions for greater resilience. But the EU must also not be like a fish, which fails to notice the expansion and contraction of the ocean surrounding it. It has yet to embrace the role of sailing on the waves, not merely swimming beneath them.

Sailing requires positioning the ship and the waters it can traverse, before heading off. It means to position the EU in the rivalry between the great powers as an independent actor that forges its own relations with each of the others. To do so, the EU should advance a strategy of triangulation, that is to say engage one power without prompting the other to disengage, and vice versa. Not equidistance between Washington and Beijing, but drawing red lines, which can be enforced if need be, with both. The corona crisis and its aftermath will be another testbed for Europe to act an individual pole in a triangular economic order.