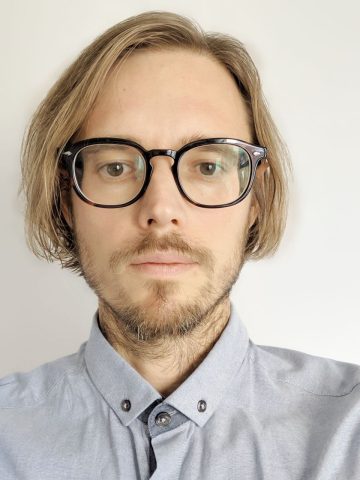 The burning of fossil fuels for electricity and heat production is the largest single source of global greenhouse gas (GHG) emissions – around 25%. Trying to reduce the emissions we produce more and more energy from renewables each year, but we also continue to burn more. Electricity demand is expected to increase by more than 40% over the next 20 years, meaning the construction of many new power generating facilities, which should be emissions-free.

The sources of electricity with the lowest GHG emissions intensity according to existing researches are wind, hydroelectric, nuclear, and solar photovoltaic (PV).

The Baltic area, mostly is flat and low-lying. Although we have numerous rivers in this area, they do not result in significant hydroelectric potential, the best possible places for large-scale generation are already in use. Small hydropower is an option for the future with potential electricity generation of 200 GWh/year.

Nuclear power plants (NPP) currently are in operation in Sweden, Finland, Germany, and Russia. Lithuanian NPP was closed at the beginning of 2010. The project of the new “Neman” NPP in the Kaliningrad region of Russia was closed in 2014 because of technical and political reasons. Sweden covering about 40% of the country’s consumption, Finland – about 30%, Germany – about 12%. “Leningradskaya” NPP in Russia covers around 30% of the total consumption of the North-West part of Russia.

The nuclear industry is a complex technology, which is strongly interconnected with other industries and economic sectors. Existing installations are contributing to energy security and economic stability in the region, decreasing the carbon footprint of the region. The cooperation in the field of nuclear safety and radiation protection in the BSR is fairly strong. The risks are nuclear accidents or terrorist attacks, the difficulties and high costs of nuclear waste management, and the fear that nuclear waste might be used for nuclear weapons production.

Industrial-scale wind energy production has two options – onshore and offshore. In Germany, Denmark, and Sweden the most economically feasible places for onshore installations are already in use and such projects suffer more and more because of new legal and technical restrictions. Future wind production development will be most probably covered by new offshore big-scale installations in the Baltic Sea. Such project nominal capacity starts from 50 MW and requires its connection to a high voltage grid of 110 kV and higher – the backbone of Baltic country’s electrical systems.

The history of offshore wind power projects in the Baltic Sea starts in 1995 and shows a gradual increase of individual wind farm installed capacity, longer and longer distances from the shore, and bigger installation depths. These projects are part of Marine Spatial Planning. The main stakeholders are marine transport, fishery, environment, communities, and authorities (including military). Because of the high complexity and size, the period between the getting of a building permit and a grid-connected plant startup is at least five years. One more problem – uncertainty in the support mechanisms and regulatory framework in some countries. Permit processes might take longer and affect the project execution time even more. In the future floating wind turbines could become an economically efficient option.

Solar energy potential in the Baltic area is not the best, but still, this technology looks promising for sustainable future development of the region. The leaders in terms of total installed capacity are Germany, Denmark, and Poland, in terms of capacity per capita – Germany, Denmark, and Sweden. All countries of the region declare optimistic future development plans.

There are utility-scale PV (10 MW and more), commercial/industrial PV projects as integrated solutions to business buildings and facilities (up to 1-2 MW), and residential PV – individual projects for private households (5-20 kW).

Utility-scale projects require the withdrawal of large areas from agriculture and other activities. Commercial and residential projects are expected to bloom, because of a decrease in PV systems prices and the introduction of government financial and legal supporting measures. The total installed capacity of such projects can triple in the next decade.

Focusing on electricity production, the main challenge for the future is to minimize the use of fossil fuels, such as coal, oil, and gas, and substitute it with clean energy sources. Nuclear power, wind, and solar electricity production look promising for the development of the Baltic Sea region.