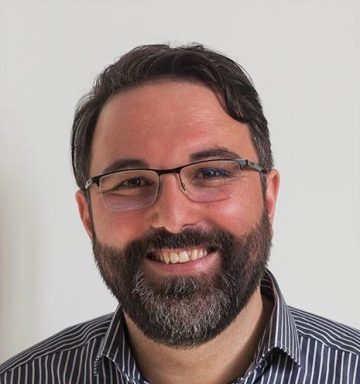 The production and consumption of energy account for more than 75% of the EU’s greenhouse gas emissions. Therefore, decarbonising the EU’s energy system is a crucial step to achieve the goal of carbon neutrality by 2050. Recent legislation, most notably the Clean Energy Package, aims to accelerate the transition of the energy sector to renewable energy sources. One of the pillars of the EU’s approach to the decarbonisation of the energy sector is consumers’ participation. This is due to energy decentralisation, which is shifting the traditional concept of citizens-as-consumers to energy citizenship. Energy citizenship is a term used to indicate that citizens can actively engage, as individuals or larger collectives, in activities that contribute to the promotion of sustainable energy.

The EU legislation encourages consumers’ active participation in the energy transition in different ways, including, for example, renewable energy communities and demand response schemes. The former are legal not-for-profit entities that can be established by private persons, municipalities or small and medium-sized enterprises to jointly carry out activities such as energy generation, consumption or storage. The latter is a demand-side management tool that provides an opportunity for consumers to play a role in balancing the electric grid by reducing or shifting their electricity usage during peak times. Demand response programs allow consumers to reduce their energy bills and facilitate the penetration of renewable energy sources.

Although the Clean Energy Package paves the way for increased energy citizenship, through both collective and individual actions, there are still numerous barriers that hinder the EU’s goal of promoting citizen participation in the energy transition. Furthermore, although efforts are underway to transpose EU law in the member states’ national frameworks and create more favourable conditions for energy citizens, we have not yet come to a clear understanding of the factors that foster energy citizenship.

Focussing on the Baltic Sea Region, countries on the eastern side of the region have been ahead of some of their western counterparts in reaching their renewable energy targets. However, they have very few examples of renewable energy communities. On the other hand, countries such as Denmark and Germany have both very high shares of renewables and active participation of citizens in renewable energy communities. More than policy, socio-cultural factors seem to explain these different outcomes. Countries in the western portion of the Baltic Sea Region have traditionally enjoyed high levels of civic activism and social capital, which are some of the preconditions for energy citizenship. Moreover, they have traditions related to cooperatives, as well as high per capita income. On the contrary, countries in the eastern Baltic Sea Region do not exhibit the same levels of civic activism and social capital. Some scholars believe this deficit is due to the repression of civil society during the Soviet regime.

Therefore, the concept of energy citizenship as collective energy action in energy production, which is predominantly inspired by a Western European vision, does not entirely fit into the cultural milieu of countries on the eastern side of the Baltic Sea Region. However, some of these countries have managed to find their own way to promote energy citizenship by, for example, supporting prosumers (i.e., households and local businesses that produce and consume energy) through state incentives. A case in point is Lithuania, which currently has more than 10,000 prosumers and a total installed capacity of 105.69 MW.

Finland is considered a leading country for demand response. Dynamic electricity price contracts (i.e., the tools that enable price-based demand response) for domestic energy consumers have been available for many years. Nevertheless, energy customers are generally regarded as being uninterested in such contracts due to the small savings that they grant. This is a persistent mischaracterisation of energy consumers who are assumed to be a monolithic block, driven merely by economic interest. In reality, consumers are motivated by a multitude of factors, including emotions and the desire to act sustainably. Until this mischaracterisation is eliminated and the systemic implications of consumers’ choices for energy tariffs (e.g., flat vs. dynamic prices) are made clearer to the public, demand response programs will have a limited role in enacting energy citizenship.

To sum up, energy citizenship can contribute to accelerating the transition to a more sustainable energy system. However, we need to be more aware of its many forms (energy communities, prosumerism, consumer choice, etc.), understand the factors that drive and hinder it in different contexts, and above all, further implement national and local policies enabling citizens to take an active role in the low-carbon transition.