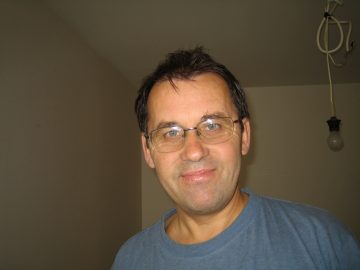 Comparison of developments, decisions and governance actions of the Estonian Government and other institutions demonstrates clearly big differences between the reactions to the first and the second wave of the spread of coronavirus. During the first wave, the Government´s reaction was very resolute. On 12 March 2020, the Government declared a state of emergency to last until 1 May. Afterwards, a state of emergency was prolonged until 17 May. The Government appointed the Prime Minister to lead the Government Committee tasked with resolving the situation caused by the coronavirus. Immediately after the Government meeting, the Prime Minister made a political statement to the Riigikogu (the Parliament of Estonia). The Government Committee on the Emergency established the Scientific Advisory Board for combatting COVID-19 and appointed the members of that board. The Health Board, the main administrative agency responsible for the coordination of the health care activities, had in the beginning primarily an administrative role in preparing technical tasks related to the treatment of the coronavirus.

There were several reasons for the resolute reaction of the Government. The situation was new and there was high uncertainty, concerning the spread of the coronavirus. Developments in the other countries demonstrated, that there is a possibility of a very dangerous health care crises. Another reason was mixed and soft reaction of the Health Board managers to the COVID-19 related risks.

When the Government declared emergency, practically all service providers had terminated their activities, the educational institutions had to apply distance learning, visits to all social welfare institutions, hospitals and prisons were prohibited. The Health Board also ordered the cessation of all regular, planned health care except emergency medical care.  Sanitary inspection was employed at border crossing points to detect the symptoms of the coronavirus. Additional restrictions were introduced on islands. Only permanent residents were allowed to travel there. In May, the restrictions were abolished step by step and on 18 May 2020 the Prime Minister Jüri Ratas made a political statement in the Riigikogu, declaring the end of the emergency situation.

A quite popular opinion dominated in Estonian administrative circles and among journalists that the announcement of the state of emergency and especially the lock down of Estonia´s islands was an over-reaction to the crises. The Government had problems with the enforcement of restrictions. For example, it was quite difficult to control how people obeyed the rules of self-isolation, if tested positive or identified as having been in close contact with other people tested positive in regard of the COVID-19. Police patrols on streets and the Border Guard with the help of the Defence League forces on border points and in ports of Estonia´s islands were considered as an overreaction as well. The Government used the experience of the crisis management to introduce new legal regulations and to improve the staff and resources of the Health Board.

The Government´s policy response to the spread of coronavirus was quite different during the second wave of the COVID-19, which started in autumn 2020. The idea was to react flexibly and locally to the spread of the coronavirus in order not to close the whole society and the main challenge was to learn to live with the virus that threatens the human health. The responsible and healthy behaviour for oneself and others was seen as a key to treatment of health care problems.

The spread of the coronavirus speeded up in October 2020, the figures surpassing the highest level of the first wave, 56.66 COVID-19 positive tests per 100000 inhabitants during a two weeks period, already on 29 October 2020. The Government started to introduce restrictive measures only in the middle of November. In December, in Ida-Viru and Harju county (including in Tallinn, the capital of Estonia) a new set of restrictions were introduced, other regions having still relatively relaxed arrangements.

On 12 January 2021, the Prime Minister resigned due to the accusation of corruptive financing of the Centre Party and the coalition government stepped down. The new coalition government was formed under the Prime Minister Kaja Kallas from the liberal Reform Party. The other partner in the new coalition was the same Centre Party. In opposition, the Reform Party has been critical to the former Government restrictive policy during the first wave of the COVID-19. Now the new Government tried to apply more targeted to particular goals policies. The expectation of the positive impact of fast vaccination also played its role. However, the situation went out of hands. The highest figures were on 18 March 2021, when the average number of positive tests was 1553 per 100000 inhabitants, 20.1% of all tests were positive and 705 person were hospitalized. The number of persons in hospital was very close to the limits of the health care system capacity. The Government, seeing very rapid spread of the virus, introduced restrictions quite similar to those applied by the former Government during the first wave of the COVID-19 in spring of 2020. In April 2021, the situation improved, the restriction playing their positive role. On 10 May 2021, the average number of positive tests per 100000 was 355 and 7.6% of all tests were positive. The number of person in hospital was 293. Approximately 37% of the population was in theory immune to the coronavirus due to vaccination or a natural infection. The Government started to re-open the different establishments in May 2021. The two waves of COVID-19 have been a harsh lesson for the Governments of Estonia, demonstrating that there are no easy solutions to the problems.