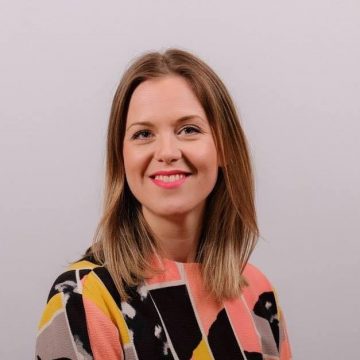 In order to ease the mobility of people, and stimulate sustainable growth, we must increase accessibility.  The climate targets, together with the growing demand of combined labour market between major Finnish cities depend increasingly on railways.

The high-speed railway line between Helsinki and Turku would reduce travel times significantly between the two cities. Close to one-hour ride would both connect people with jobs, create well-being and promote growth along the trackside.

The One-hour rail connection is part of the Northern Growth Corridor and belongs to the EU TEN-T Core Network Corridor. Situated in the Scandinavian-Mediterranean Corridor, One Hour Train could be co-financed with the European Union.

During the ongoing period, Finland has been able to utilize CEF programme only partly. Everyone seems to agree, that we must increase our cut. If Finland could succeed in maximizing its CEF fund, it would mean calculatory 600 million euros in the years of 2021–2027.

The funding could be applied to the projects in TEN-T Core Network Corridors. Currently in Finland the Scandinavian-Mediterranean corridor is the only core network corridor running through the territory. For the new programming period Helsinki–Luulaja is getting the same status as it will be added to the North Sea–Baltic Corridor. Therefore, in the future funding will be applicable for two corridors in Finland; for the fast trainway lines between Turku and Helsinki, and Helsinki and Oulu.

In the coming period the maximum support for these kind of railway projects could be up to 20-30 %.  If the subsidy is 20 % of the investment, Finnish government should launch railway investments worth over 3 billion euros during the seven-year period. This would mean the allocation of national budget money of approximately 430 million euros annually for the development projects in railways. At the moment the entire allocation for national transportation development projects (including roads, highways, railway lines etc) is less than 500 million euros.

Within the current Finnish budget framework, it would be possible to build the One Hour Train in the 2020s, but at the same time it would mean that almost nothing else could be developed anywhere in the country. This basic calculation demonstrates that the aim to maximize Finnish cut from CEF with our current investment level is impossible. Consequently the national investment level for transportation development projects must be doubled.

This is the same conclusion that the Parliamentary Working Group (for National Transport System Planning) has stated; the annual budget allocation for transportation development projects should be about one billion instead of current under 500 million.

The investments for the fast trainway lines are strategically important to Finland. Not only that infrastructure development projects answer to the demand of accessibility and mobility of people, they also give a strong tool to reduce the transport emissions. High-speed trainway line between Turku and Helsinki, would also construct a significant international route between Stockholm and St. Petersburg.

In order to make railway line investments possible, the Finnish government has seeked to find new ways of funding transport infrastructure. This is important since it is extremely unlikely that with the mere state budget (even including the CEF money), these kind of large scale railway projects, could ever be carried out. The possibilities of getting the funds outside the state budget, from other beneficiaries, such as municipalities or publicly owned communities, are worth checking.

In the beginning of this year, the Finnish government decided to found a state owned limited company Nordic Railways Ltd.  (Pohjolan Rautatiet Oy) to promote the railway transport investments. The government decided that the parent company would have subsidiaries, as project companies for each large-scale railway project. After the Finnish government’s resignation in March, the preparation of the project companies was put on hold.

In the government negotiations, the parties must make decisions on the railway investments. National decisions are needed quickly, otherwise we will miss the application deadline of the TEN-T CEF fund. The upcoming CEF fund will be called for proposals already in the beginning of the new EU budget term, in the 2021.

In practise, the One Hour Train between Helsinki and Turku is the only railway project which could catch this schedule. This is because it has already been funded for 40 million, and its planning has been ongoing for a few years. Building of the One Hour Train could be started from Espoo urban railway immediately after the government’s investment decision.