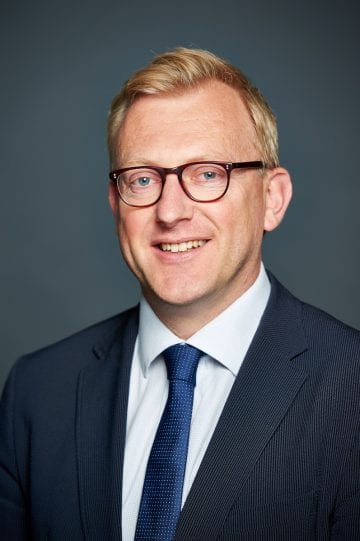 The global economy was ripe for a recession even before the corona pandemic struck. Many commentators had been warning that a decade-long trend of rising non-tariff barriers, mainly by China and the US, had ushered in an era of heightened uncertainty; that stock markets were overheated, that advanced economies were heading for a slowdown, and that the trade wars initiated by President Trump had disrupted supply chains. Now, the stock market has finally crashed and a recession has become almost inevitable, undermining the world trade system.

Against this backdrop, the WTO is facing its worst-ever crisis. Whereas the breakdown of the dispute settlement mechanism at the end of 2019 was triggered by the US, progress on the modernisation of the multilateral trading system is held hostage by diverging views of the EU, China and the US. This divergence appears across nearly all WTO reform areas, from the Appellate Body to the disciplines, such as those related to subsidies and state-owned enterprises, as well as notification and transparency obligations.

Although a champion of multilateralism, the EU will not be able to take the lead in restoring relevance to the WTO without the support of other members. The Juncker Commission had pushed its reform agenda with key trade partners in different fora, such as the EU-China working group on WTO reform, the trilateral ministerial working group with Japan and the US, and the G20. While important WTO members such as South Korea, India, Canada and Switzerland aligned with the Union, for instance on the reform of the Appellate Body, the US and other countries have been less convinced by the EU’s proposals.

While the von der Leyen Commission will need to align more actively and strategically with like-minded countries when pursuing its WTO reform agenda, a precondition for the preservation and modernisation of the multilateral global trading system will nevertheless be the normalisation of the triangular trade relationship between the EU, the US and China. To this end, the European Commission will need to stand firm and pursue its trade agenda through both bilateral and plurilateral agreements.

As for the EU-US relationship, the conclusion of limited agreements such as those envisaged on conformity assessment and the elimination of tariffs for industrial goods could be used to normalise the transatlantic trade relationship, but there is a clear and deep discrepancy between EU and US negotiating positions for new trade talks, mainly over agricultural products and cars. What’s more, the Commission will need to engage actively with the European Parliament, which has indicated that I will not pursue these agreements to the detriment of the EU’s value-driven trade policy. Finally, the EU would in all likelihood suspend negotiations if the US were to impose new trade restrictions.

Amidst the escalating geopolitical rivalry between the US and China, Washington expects the EU to be its ally in containing Beijing and preventing it from circumventing the punitive measures adopted by the Trump administration. The next US President, who is elected in November 2020, may well be as insistent about including in the future trade agreements a clause that provides “a mechanism to ensure transparency and take(s) appropriate action if the EU negotiates an FTA with a non-market country”, i.e. China. Brussels is against the introduction of such a ‘poison pill’ clause in any FTA. The EU would rather not have to choose between the US – to which it is strategically tethered and with which it shares constitutional values – and China, with which it also shares huge commercial interests.

After negotiating for eight years, the EU and China concluded their first-ever bilateral trade agreement on the protection of geographical indications in November 2019. To maximise its trade potential, the EU aspires to conclude a comprehensive investment agreement with China by the end of this year. While this ambition may be over-optimistic given the delays incurred by the corona crisis and the pressure by the Trump-led White House on European countries to ‘de-couple’ from China, it nevertheless reveals a new level of activism between the EU and China after painfully slow progress in bilateral negotiations between 2013 and 2018. Overall, it is imperative for the EU to recognise China as a partner, albeit a fierce competitor at the same time. The EU must engage China not only in bilateral relations to solve trade frictions but also in multilateral fora. After all, efforts to reform the multilateral trading system may become redundant if global major trade powers such as China are not involved.

Meanwhile, in the context of a paralysed WTO Appellate Body, the EU’s attempts to tackle the trade barriers imposed by others must go beyond reliance on the extra-territorial effect of a revised Enforcement Regulation and include policies and instruments such as developing a multi-party interim appeal arbitration arrangement. The EU may have to do so in sector-based coalitions. The trilateral agreement with Japan and the US on industrial subsidies is intended to attract other WTO members and thus create enough critical mass to push China into compliance. Plurilateral agreements in other domains could generate the kind of upward convergence needed to prepare for truly multilateral solutions.

One big caveat applies though. In the face of the Covid-19 outbreak, the reflex of most governments has been one of self-preservation by closing borders, stockpiling essentials and forcing citizens and companies to go into lockdown. If national and supranational executives can contain or overcome the corona crisis within the next six to twelve months, then the world will likely return to the path of globalisation, even if some of the assumptions that undergirded it (e.g., short production chains with just-in-time deliveries) might have to be revised. If not, then we will inherit a different world altogether.