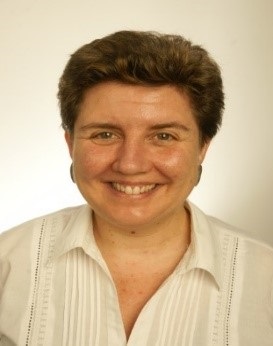 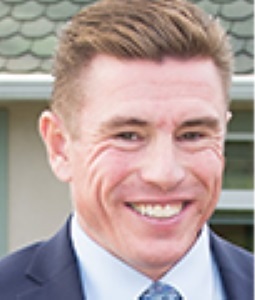 Until the onset of the Covid-19 pandemic the EU was the standard bearer of free trade and multilateralism, seeking to balance economic goals (market access) with the protection of European values. EU treaties enshrine the objective of promoting global, rules based, trade through its common trade policy. Eurobarometer surveys also consistently show that free trade enjoys support throughout Europe, especially in the Baltic Rim countries. However, modern trade policy is very complex, reaching all levels of society, and the EU faces challenges implementing the three pillars of its trade and investment strategy: enhancing economic opportunities for businesses and consumers, promoting open markets, and safeguarding the European social and regulatory model. These challenges will remain when the pandemic is resolved.

Trade and investment policy was long focused primarily on the reduction of traditional trade barriers, such as tariffs, customs inspections, investment regulations, and protecting certain domestic sectors. Modern, deep, and comprehensive agreements also address “behind-the-border” (domestic) issues, such as intellectual property, and environmental, labour, health, and consumer protection regulations. This adds to the complexity of trade agreements, especially when regulatory differences affect large sectors of the economy. There are many ways in which mutual recognition of quality and regulations can be achieved between two markets, and this is one area of significant economic growth potential. For example, in 2017 the EU and the US agreed to recognize each other’s inspections of manufacturing practices for pharmaceutical drugs as equivalent, removing the need for redundant testing. EU agreements now also include chapters addressing the interests of, and expanding opportunities for, small and midsized enterprises, since they are often less able to cope with trade obstacles ranging from tariffs to excessive regulatory hurdles.

Trade negotiations (perceived as technical and remote) have historically not attracted much public attention. However, this changed during negotiations on the Transatlantic Trade and Investment Agreement (TTIP) with the US, and the Comprehensive Economic and Trade Agreement with Canada. European civil society organizations mounted an extraordinary and ubiquitous campaign, moving public opinion against both agreements, but especially TTIP. Though strongest in Germany and Austria, opposition was widespread, stoked by anger at the lack of transparency, and fears that the US would force lower standards on Europe across multiple sectors (especially food and health). Investor-state dispute settlement (ISDS) – included in over 1,100 bilateral investment treaties involving at least one European country since the early 1960s – was portrayed as undemocratic, opaque, and allowing firms to sue governments over public health and social policies firms deemed undesirable. The European Commission’s response was to publicize all its key negotiating proposals, reaffirm existing food safety standards, remove ISDS from all new trade agreements, and guarantee civil society input on all negotiations. The EU’s trade strategy now emphasises the importance of values (e.g. human rights, sustainability, safety, equality, and labour rights) alongside economic goals.

This combination is pivotal to the unique trade agreement that is being negotiated with the UK in 2020. Most EU members, including Germany and Sweden, enjoy trade surpluses in goods with the UK; the UK has a surplus in service exports. If talks fail, the UK might loosen regulations and lower standards in order to gain competitiveness. Therefore, the EU’s goal is to tie the UK as closely as possible to EU regulations and standards.

Balancing values and market access is also at the heart of the EU’s multilateral trade policy. The EU’s justification for pursuing bilateral agreements is that deep and comprehensive agreements are compatible with, and promote, multilateralism because a widening net of agreements elevate bilateral achievements to the multilateral level. Since 2013 the EU has concluded agreements with Canada, Japan, and Vietnam (all implemented), as well as Mexico and Mercosur (agreements yet to be ratified), while continuing negotiations with Australia, New Zealand, Chile, and Indonesia. It is also negotiating an investment agreement with China. The Trump administration’s rejection of multilateralism in favour of unconventional, state-directed, bilateral mini-deals – alongside minor revisions of existing treaties – leaves the EU as its standard bearer, even if that means simultaneously concluding numerous bilateral agreements.

During the financial crisis the EU heralded trade as a tool for growth, and has since added a strong focus on values and social purpose. Let us hope that the Commission (with Member States’ support) can fend off arguments that protectionism is the solution to the dire economic consequences of the 2020 pandemic.