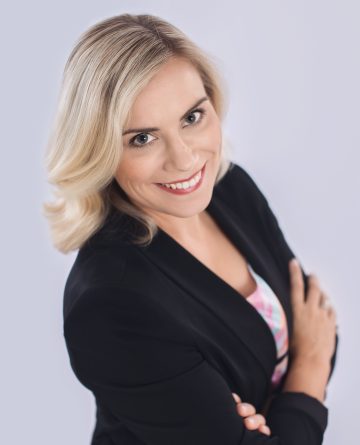 Climate change, loss of biodiversity and the poor state of water bodies, for example, are global issues that require international cooperation. Countries of the world have variably prepared for these challenges. For example, emission reduction objectives have been set jointly in the UN framework of the Paris Agreement on Climate Change. However, actual efforts are urgently needed to achieve the objectives. This year, a similar global agreement on biodiversity is being sought in Kunming, China. Loss of biodiversity is a challenge at least the size of climate change and, of course, the problems are also strongly linked.

The most important reference group for Finland in responding to global threats is the European Union. EU is strongly committed to the Paris Agreement on Climate Change. The objective is for the EU to have a climate-neutral economy and society by 2050. With this commitment, the EU seeks to show leadership in global climate policy. Finland has been promoting the tightening of objectives in the EU to better meet global challenges.

One of the EU’s tools for tackling climate change and environmental problems is the European Green Deal programme. It also seeks to respond to the consequences of the corona crisis. The programme aims to promote the EU’s development in a modern, resource-efficient and competitive direction. The key is to differentiate between economic growth and resource use, so-called “decoupling”.

Climate change and the loss of biodiversity can therefore be solved, but it requires success in decoupling. This means ending the over-exploitation and disposable consumption of natural resources and moving towards a resource-efficient circular economy. The Green Deal promotes these objectives through legislation, reforming governance mechanisms, significantly increasing the availability of “green finance” and making pollution less profitable.

Funding for the European Green Deal programme is one third of the EU’s NextGenerationEU recovery plan and seven-year budget. There are plans to invest more than one trillion euros in sustainable objectives. The Green Deal investment programme (Sustainable Europe) directs investment especially to areas where the necessary changes have the greatest impact on people’s lives. The idea is to make sure no one is left behind in development. The need for this type of thinking has become stronger during the preparation of the programme, as not all Member States have embraced the aims behind the programme. For Poland, for example, giving up coal seems to be a very distant objective.

It goes without saying that the EU’s green policy has also been criticised. Each Member State has its own special characteristics, concerns and perspectives on the actions presented. It is well known that states strive primarily to promote the best possible solutions at their national level and only secondarily those of the common good. In the end, however, common success should be in everyone’s interest.

Moving towards a more sustainable lifestyle inevitably means changes in people’s habits. The need for change is unfortunately a working soil for populism. Populist rhetoric has been witnessed across Europe, turning the objectives of sustainable development and circular economy to address people’s fears and frustration. The global energy crisis has been strongly linked to EU’s climate actions, although there are several reasons for the rise in electricity prices. Fuel prices, on the other hand, were taken up as a rhetoric weapon even in the Finnish regional elections in January, although this has very little to do with the reform of social and health services.

There is a good basis for social justice and it is clear that some people and regions need more support in change than others. Responsible decision-makers do not leave anyone alone. We need everyone involved in the change. There are, of course, also well-founded justifications for criticism. However, populist, hate-based political rhetoric obscures the intentions of green politics. At the same time, it undermines the unity of the EU, in a situation where, on the contrary, European unity should be strengthened.

As usual, the Green Deal programme, when drawn up, has been balanced with requirements and priorities from different directions. Some see the programme as unrealistically ambitious, others as a positive first step, and from a third’s perspective it is too little too late. The preparation was rightly criticised for the strong impact of lobbying by the fossil-based industry, but in the end, there is a lot of good in the programme generated as a result of compromises.

It is not naive to say that the transition to a resource-efficient circular economy is an opportunity for Finland. Pioneering provides competitive advantage and Finland has a lot of expertise and opportunities for innovations for which a billion-dollar market would be available. There will be demand for sustainable solutions in every corner of the world.

However, leading position in climate and environmental sustainability does not come to Finland automatically. Many other European countries also recognise the commercial potential and want to strengthen their own brand as a home for clean solutions. Sweden, for example, is happy to represent in international meetings with a large ministerial and business delegation, highlighting the strengths of Swedes in climate and environmental work. The competence and negotiation skills of Finnish civil servants are valued around the world, but in international competition it is not always enough, whether it is to influence resolutions or to promote the sale of commercial innovations by Finnish companies.

In its simplicity, circular economy is a way to make things more sensible. That is, all things. It means changes to some of our habits, but also the opportunities that renewal brings. Finland has every opportunity to be a model country for the circular economy, and the EU is now stepping up its efforts through the Green Deal. We cannot afford to miss those opportunities.