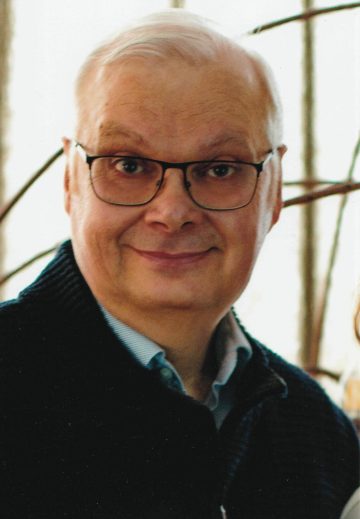 The Russian Far East (FE) exceeds 10 France in area and stretches from Lake Baikal in the west to the Pacific Ocean in the east, from the subtropics in the south to the arctic deserts in the north. Here, on the 41% of the territory of Russia, 8.2 million people live (less than 6% of the country’s population). Moreover, the number of people living in the FE has been steadily decreasing over the past 40 years.

Significant climatic and economic-geographical features of the FE do not allow the federal center to approach the development of FE with uniform standards, forcing to consider the FE as an all-Russian economic laboratory for working out specific measures for the implementation of regional policy, the most significant of which are regional programs and centers of nodal territorial development.

Elements of the program approach have been used in the FE since the 1930s within the framework of the decisions of the Communist Party on the economic development of the region. Since the mid-1980s the target program “Development of the FE” has many variants and became the main instrument of state policy in the region.

All variants of program have a number of common features:

Being an important instrument of regional policy, the programs failed to give a significant impulse to the development of the FE and reverse the trend of depopulation. The reasons for this are the vagueness of targets (“achieving economic growth”); chronic underfunding; problems in the system of organizing the achievement of goals (the program directorate cannot really influence the redistribution of financial flows to eliminate bottlenecks that objectively arise in the process of implementing a development program for such a large region as the FE).

Back in Soviet times, at the turn of the 1990s, attempts were made to supplement the program development of the FE with the practice of creating Free Economic Zones (FEZ) “Nakhodka” in the Primorsky Territory, “Eva” in the Jewish Autonomous Region, “Sakhalin” in the Sakhalin Region. Emerging at the end of the USSR, named FEZs turned out to be unsuccessful due to the lack of an appropriate legislative framework, underfunding, large areas of zones (FEZ “Eva” and “Sakhalin” covered the entire recipient regions). By the end of the 1990s the experience of the Far Eastern FEZs was recognized as unsuccessful in Russia.

Nowadays the FE has seen a renaissance of ideas for the development of “growth poles”. It is associated with the stimulation of local development in the form of Priority Development Territories (PDTs) (2014) and with the regime of the “Free Port of Vladivostok” (FPV) (2015).

The basic principles of creating PDTs and FPV are similar. The main difference concerned the declarative principle of allocating land to residents in FPV. But in October 2020, the State Duma of the Russian Federation adopted a federal law in which it was proposed to solve the problem of competition between FPV residents claiming the same land plot through an auction procedure, as is done in the PDTs.

PDTs are the most elaborated of modern projects of local zones in the FE of Russia. The PDT regime is based on the application of the best practices of the APR countries, includes tax incentives, low rates for the payment of insurance premiums, a special customs regime and land use procedure, and the creation of infrastructure at the expense of the state. PDTs are formed for large investors who have concluded preliminary agreements with the authorized federal body that determine the type of potential economic activity, the amount of investment and the number of jobs created. PDTs are created for a long period of 70 years. A special tax regime for residents of the PDTs allows to reduce tax payments by 40% in comparison with the current tax system. The most significant PDTs residents in terms of the number of residents are located near large cities – Khabarovsk, Vladivostok, Komsomolsk, but the largest PDTs, uniting 100 resident’s enterprises specializing in tourism, agriculture, fishing and fish farming, is located in Kamchatka.

Although the process of setting up effective instruments for regional development in the FE continues, in general, the experience of the FE PDTs has been recognized as successful and is already being replicated in 154 Russian municipalities.