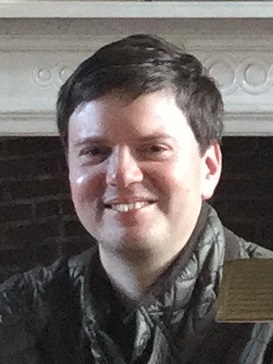 Alexey Kuznetsov,
Director of the Institute of Scientific Information for Social Sciences of the Russian Academy of Sciences (INION RAN),
Russia

Since the 70s researchers have repeatedly shown that the effect of neighborhood and ethno-cultural proximity exists in FDI geography. Only partially this effect can be explained by economic factors like low transport or managerial costs due to short distance between headquarters and foreign subsidiaries of MNEs. Parameters of investment climate also cannot explain attractiveness of some countries for intensive FDI flows from countries with the same official language, common history, similar legislative system or other non-economic indicators of cultural proximity. For instance, Finnish FDI stock in Estonia was $5.4 billion at the end of 2017 (according to IMF CDIS data) which equaled 22.4% of total inward FDI in Estonia but such FDI stock in Latvia was $0.4 billion or 2.3% of total inward FDI in Latvia. The Baltic States have many similar features but Finnish and Estonian are close cognate languages and Estonia is a neighbor of Finland in contrast to Latvia.

Our analysis of CDIS data shows that 22.4% of Austrian inward FDI stock has German origin, 25.5% of Belgian inward FDI stock is French and 35.9% of Finnish FDI stock is Swedish. Even long geographical distance cannot be an obstacle for cultural proximity influence on FDI. For instance, Spanish share in total FDI stock is high in many countries of Latin America (e.g. 23.6% in Bolivia, 17.3% in Argentina, 16.9% in Uruguay and 10.9% in Mexico).

Such patterns in FDI geography even proliferate because many emerging markets MNEs appeared. Indeed, cultural proximity is important especially for new-comers of business transnationalization because it can soften problems of their low economic competitiveness and the lack of experience of foreign operations. Thus, 13.9% of the Czech outward FDI stock was in Slovakia while 41.4% of Slovak FDI stock was in the Czech Republic. Croatia has attracted 30.7% of Slovenian FDI stock while other former Yugoslav republics have received another 32.8%. The indicator demonstrates records in cases of Belorussian FDI in Russia (74.2%) and Azerbaijani FDI in Turkey (52.6%).

The culture’s impact on the business transnationalization character has been studied for four decades already.

The culture’s impact on the business transnationalization character has been studied for four decades already. G. Hofstede offered to measure national cultures by a number of indicators to reveal the degree of various countries’ proximity from the point of view of organizational aspects of doing business. We can also mention the Uppsala school of the internationalization process of the firm that was the first to correlate geographical distribution of outward FDI from certain countries and the process of gradual informing businessmen about special features of foreign business. The presence of the factor of cultural and historical proximity is not a researcher’s fantasy: MNEs quite often handle some neighbor countries as their “home” markets.

Surely, it’s not always possible to find the border in FDI geography between cultural or historical proximity and political expediency supported by economic profits. For example, why does Russian Alrosa mine diamonds abroad only at its subsidiary in Angola or why is the main foreign asset of OMZ – the engineering company in nuclear power engineering – located exactly in the Czech Republic? Moreover, we can remember evident geopolitical barriers for the influence of proximity in FDI geography. Before the 1990s it was difficult for South Africa’s MNEs to invest in neighbor countries because of their opposition to apartheid policy. Another example is connected with US-Cuba relations. Due to political sanctions there is no US FDI in Cuba while Spanish FDI stock exceeds $0.5 billion and Russian FDI stock is almost $0.15 billion.

During current decade we are witnesses to a new phenomenon: geopolitical cataclysms destroy previously comfortable regions of FDI expansion for some emerging markets outward FDI.

During current decade we are witnesses to a new phenomenon: geopolitical cataclysms destroy previously comfortable regions of FDI expansion for some emerging markets outward FDI. For instance, Northern Africa and Middle East were popular for MNEs from the Arab Gulf monarchies while Russian MNEs often preferred Ukraine as an initial direction for foreign expansion. However, military conflicts eliminate these possibilities: e.g. Bahraini FDI stock in Libya decreased from $1.84 billion at the end of 2010 to $0.12 billion in 2017 while Russian MNEs have lost 2/3 of their FDI in Ukraine in 2014-2015 (more than $12 billion if we calculate trans-shipping FDI too).

There are several other geopolitical obstacles which slow down FDI flows from emerging markets. Russian large MNEs are examples of negative influence of “sanctions war” and investment protectionism in the EU which was the main region for Russian FDI outflows before 2014. There is also a problem of negative Russian image in Western media which is more crucial for middle-size investors. Thus, cultural proximity cannot always overcome geopolitical barriers.