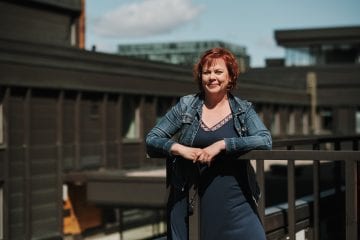 The former capital of Finland, Turku, is known in the present for its 800-year old history, and also for its stellar culinary culture. Several of the city’s restaurants are located right around the central Aura river. Culinary activities and its restaurants have become one of the city’s most famed attractions. The restaurant scene is blooming in Turku, and people now more and more often head over here to eat.

Local travel and locally grown products are now the hot items in the world of travel. The culture of dining out has landed here, and has made going out to eat, even on just a regular Tuesday, a widely embraced concept.

Customers today are interested in the origin of the dish and its ingredients, as well as its ethicality. It’s not enough anymore to have delightfully arranged dishes presented to you; customers appreciate knowing the story behind the ingredients – local products are adored in food as well as in drinks.

Ten years back we were looking at another scene – the restaurants in the city center were much alike, regarding both their ownership and business concepts. The places pulled in crowds mainly during weekends. Today, however, small, privately owned businesses in unique and historically significant properties are popular; reservations are made even on weekdays to ensure you get to dine where you would most like to.

Younger generations are now taking reins in Turku restaurants, bringing along new entrepreneurs who are keen on collaboration and support. Business owners and workers of different places see each others as more than rivals, and actively recommend each others’ services.

The increase in culinary interest is also visible in chef Erik Mansikka being chosen the Turku Person of the Year in 2014, having been chosen the Chef of the Year only a year before. The itty-bitty restaurant Kaskis, led by Erik Mansikka, Simo Raisio and Topi Pekkanen was also chosen the Restaurant of the Year by the Finnish Gastronomic Society in 2018.

Erik Mansikka tells us about people having been a bit iffy about Kaskis’s ”remote” location; many seemed to think that people wouldn’t find the new place it being so far from the central marketplace in the city when they opened back in 2014.

-Yeah, sure,  it’s very ”remote”, being all the way up Kaskenmäki hill, Mansikka chortles.

– It was a concious risk we took, everybody else thought we were located too far away. It’s more of a state of mind than the matter of distance; merely stroll down the hill and you’ll find yourself right by the river and the boats, Mansikka notes.

Kaskis by Mansikka, Raisio and Pekkanen has gained a new family member in the restaurant Kakolanruusu, built in the impressive old central jail of Kakola in Turku. This eatery, too, is ”remote”, being located roughly a kilometer from the city centre’s marketplace.

Restaurants Kaskis and Kakolanruusu in their part have advanced the expansion of the city’s centre further in to the residential areas. Located right by the river, restaurants Mami and Smör in turn are pioneers among restaurants in Turku, being the first ones focusing on locally produced goods. The four aforementioned restaurants have been featured on the list for 50 Best Restaurants in Finland, and since their respective beginnings, are still lauded by the critics and laymen alike.

Erik Mansikka states that the people in Turku no longer think whether to stay in or dine out, but rather where to dine out.

One of the restaurateurs of Smör, Mika Lövgren, mentions that the main issue is getting people on the move, out of their homes.

-Our worst rivals are cozy sofas at home; if you don’t get up and get out, it’s hard for you to accidentally pop by our restaurant. Or the restaurant next door, for that matter, Lövgren states.

Along with the new generation of entrepreneurs and businesses, a huge thank-you must be addressed to Visit Turku organisation as well. With their perseverance and hard work to forward culinary travel, they have succeeded in gaining visibility for all of the culinary operators in Turku. Along with maritime, history, culture, and sports the gastronomic scene is one of the main reasons to be visiting Turku.

Finally, the most important operators behind all of this are the people of Turku, who by stopping for a coffee or a drink, and dining out also on weekdays, enable the continuity and growth of our beautiful, virile restaurant culture.

And when one’s domestic business booms, so does foreign – as the townspeople use their local services actively, we have the resources to offer our very finest for everybody visiting the city.