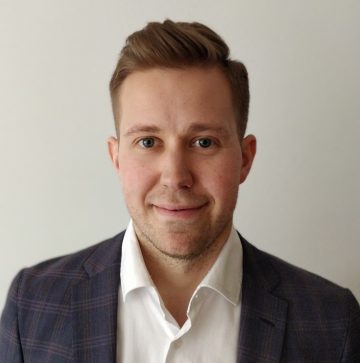 As Finland’s partnership with NATO has deepened a unique and somewhat controversial foreign policy concept referred to as the ”NATO-option” has emerged. In principle it means the Finnish government states openly that it is prepared to apply for membership of the alliance.

According to its proponents, the mere idea of holding a door open for NATO creates security and stability for Finland as well as the greater Baltic Sea region while still avoiding any issues membership might cause with Finnish-Russian relations.

Its critics, especially those who favor joining NATO, see the option as an extension of cold war era finlandisation, words on paper aimed at stifling true debate over whether Finland should join or not. The critics correctly point out that only full membership carries real security guarantees. The critics are equally correct in reminding the optionists that applying for NATO membership in dire straits would be unrealistic. You cannot get a fire insurance when your house is already on fire, as they say.

When the Finnish government explicitely states its preparedness to apply for NATO membership, it openly signals our alignment with the alliance and western values connected to it.

NATO-option is however fundamentally misunderstood by both sides of the debate. Whether we like it or not, outside observers see our NATO-option differently than we do. Instead of having anything to do with hard security and actual membership, the option has become a tool of strategic messaging and should be treated carefully as such.

During his 2017 visit to Finland Russian president Vladimir Putin affirmed the importance of such messaging. Putin praised Finnish foreign policy as ”balanced and independent”. Alluding to Finland and Sweden he also stated his willingness to cooperate with ”neutral countries” in the Baltic Sea region. Russian president chose his words with care and sent a message. He is fully aware that Finland and Sweden, both close partners of NATO and members of the EU, consider themselves non-aligned, not neutral.

When the Finnish government explicitely states its preparedness to apply for NATO membership, it openly signals our alignment with the alliance and western values connected to it. It is a step away from perceived neutrality. NATO-option as a form of strategic messaging is exemplified by how the door was closed – at the request of Social Democrats – by Jyrki Katainen ’s government in 2011 and opened again by Juha Sipilä’s government in 2015. Both governments stated Finland is prepared to apply for NATO membership. Katainen’s government however also wrote in its programme that Finland would not apply during that election cycle. The next government on the other hand refused to make such a promise. In a post 2014 world polarised by Russia’s annexation of Crimea and its war in Ukraine, this was a clear message to our neighbours as well as our transatlantic partners. A more bellicose Russia drives us towards the alliance, not away from it. One can consider what kind of a message for example not mentioning the option at all would have sent.

Whether it wants it or not, Finland is married to its concept of NATO-option. It does not matter that the idea of applying for membership in a situation where Finland faces a threat it cannot counter on its own is unrealistic. How our governments discuss the option is still a metric for outside observers trying to assess our foreing policy stance with regards to the big players.

During the election debates in April we received a poignant reminder on how carefully our public discussion on NATO is watched.

During the election debates in April we received a poignant reminder on how carefully our public discussion on NATO is watched. Chairman of the Social Democrats Antti Rinne questioned whether Finland would even be accepted into the alliance if it applied. Rinne based his argument on the unpredictability of present American leadership. The comment quickly found its way to Chinese state media which stated that the Finnish option of joining NATO had lost credibility. In the next debate Petteri Orpo, Chairman of the National Coalition Party, criticized Rinne for ”harming our NATO-option”. Some argued that Rinne was effectively paving the way for closing the option altogether – why hold the door open, if you believe no one is coming.

It is not hard to believe a Finnish government – especially if lead by Social Democrats or the Green Party – could include the promise of not applying for NATO membership in its program. This recently happened with our close defense partner Sweden. There the new leftist government immediately announced it would not seek NATO membership during its reign. Why make such a statement if not to send a message to those who would be opposed to Sweden joining the alliance? The Swedes would probably argue such statements create predictability and stability – it could however also be seen as appeasement.

The Finnish government should tread carefully if it decides to play with our NATO-option. As fictional as the door opened by the previous government might be, closing it would be seen as a message especially in the Baltic Sea region. It would be a small but not insignificant step towards the very “neutrality” favored by Mr Putin.