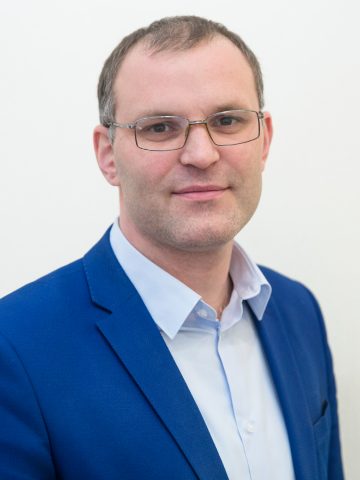 Belarus is seeking economic growth by attracting foreign investors from Finland, among others. Realization of the existing trade and economic potential is of great importance to Belarus in terms of attracting investment and expanding the use of modern Finnish technologies.

Finland is known as one of the world’s largest investors. Finnish companies are in constant search of projects for profitable investment and Belarus can become a profitable and reliable partner for Finland in the field of investment cooperation.

Belarus is interested in developing cooperation with the Finnish side in a number of areas: forestry, woodworking, biotechnology, biofuel production, agriculture, scientific and technical cooperation, environmental protection, etc.

The total amount of Finnish investment in Belarus today is close to $2.12 million.

In terms of direct investments from Finland Belarus has been overshadowed by the Baltic, Russia, Ukraine and Eastern Europe countries. The total amount of Finnish investment in Belarus today is close to $2.12 million.

However, Finish companies have found setting up in Belarus brings numerous benefits. Belarus is home to 24 companies with the Finnish capital, including seven joint ventures. There are also representative offices of Finnish firms operating in the country.

Retail trade is among the promising areas for investment in Belarus. In 2007 the second largest retail joint company KESKO bought the control packet of actions of Belarusian net of building hypermarkets OMA and plans to expand this network with new investments for tens of millions of euros.

But the main potential is in the energy sector. Finnish energy companies work here, such as Wärtsilä, Valmet and KPA Unicon.

Some Finnish companies are already participating in the construction of backup power plants near Belarusian Nuclear Power Plant. Finnish technologies in this area are considered reliable and competitive. Taking into account the planned launch of the first block of the BelNPP, cooperation in this area seems to be promising for the both sides. For example, this applies to peak-reserve power plants, based on gas turbine installations, which may be of interest to the Finnish side. The creation of peak-reserve energy sources will increase stability of the national power system in changing loads, and will be especially relevant after the increase in the share of nuclear energy in the country’s energy balance.

The Finnish-Belarusian environmental partnership plays an important role in the relations of the two countries and is growing fast both at the bilateral level and within the framework of international projects that involve Finland (NDEP, HELCOM, UBC, etc.).

Nowadays the possibilities are being explored to find additional subsidies for a number of projects already agreed upon, and work is underway to identify new aspects of joint environmental activities, in particular, the purification of industrial wastes.

The main objective for the period 2015-2018 was the implementation of the investment program «Belarus: an environmental infrastructure project — phase one» with the assistance of the EBRD and the Northern Investment Bank. Three new projects which involve Finnish companies and public funds have been launched for a total investment of 30 million US dollars.

Every year Belarus is getting more and more attractive for foreign business.

Every year Belarus is getting more and more attractive for foreign business. Last years brought a number of positive changes in investment climate, which were warmly welcomed by the international community.

Belarussian business conditions made it possible for foreign investors to enjoy Belarus as a platform for further business development. Moreover, assisted by international organizations a number of large-scale public-private partnership infrastructure projects are being launched.

Characterizing the Belarusian economy, it is necessary to note its high diversification, openness and high degree of integration into the system of international trade.

Belarus’ business and investment climate remains quite challenging and Finnish companies are closely following its development. Belarus seems to be broadly on the right track. The Government is implementing a range of measures to attract foreign investments. A number of important documents have been adopted in the country that significantly simplified the work of investors and improved the investment climate. Achievements include a more stable macroeconomic situation, deregulation of administrative burdens, the predictability of legislation and its fair implementation, the judicial system, customs clearance etc. Belarus is one of the six leading countries of successful reforms according to the World.

Elevating borders and broadening the horizons for mutual cooperation, Belarus makes every single step to show its openness for everyone: in 2018 Belarus has introduced the 30-day visa-free regime for the citizens of 80 countries.

Belarus is steadily improving its position in the Bank’s international rating “Doing Business”.

Belarus is steadily improving its position in the Bank’s international rating “Doing Business”. Today it occupies the 37th place. This position is no longer just a figure, it is the opinion of the world experts that it is easier for businesses today to operate in Belarus than in a number of countries that were common in a different time under different conditions. This is one of the factors that encourage Finnish companies to explore the Belarusian market.

In 2018 Belarus ranked 54 among 153 countries in the Good Country Index. The results of the Index indicate that, relative to its size, Belarus contributes enough to humanity.

Belarus has received high approval for the work done to achieve the Sustainable Development Goals in 2018. According to 2018 SDG Index and Dashboard report Belarus ranks 23rd among 156 countries and has been generally rated above average for the region of Eastern Europe and Central Asia.

Almost all the territory of the country is a set of various successfully functioning preferential regimes for investment, within which tax, customs benefits and other advantages are granted for investors to set up and run a successful business.

Finland is an innovation-driven country and one of the most innovative economies in the world. Today’s Belarus is also showing signs of growing demand for innovative approaches in all spheres of economy.

The Great Stone is a strategic project for our country, the flagship of innovative and efficient industrial production. An unprecedented regime for the investor is established here. The resident of the Park is exempt from income tax, land tax and real estate tax.

One of the most promising areas of cooperation with Finish companies is the sphere of information and communication technologies. It cannot but be mentioned that one of the best preferential regimes for the IT sector is the High Technology Park. Today in HTP many world IT-giants are registered, including Rakuten Viber and Epam and other world IT leaders. The mobile applications developed by HTP resident companies are used by more than 1 billion people in 193 countries. The success of the Belarusian High-Tech Park is due to unprecedented benefits. The residents of the Park are exempt from all corporate taxes and value added tax.

The Finnish IT sector is considered to be the one of the global success stories. Belarus also wants to count on this direction.

One of the most promising areas of cooperation with Finish companies is the sphere of information and communication technologies.

In 2018, revolutionary legislation was introduced in the field of regulating the digital economy, which essentially turns Belarus into one of the most comfortable countries in the world for conducting IT business. Belarus became the first state in the world with comprehensive legal regulation of activities with crypto-currencies. Institutions of English law are being introduced.

By its Science & Technology ranking from the list Belarus is on 28th place (Finland is 10th). It shows Belarus as an attractive country for investments, especially in IT and innovation sphere.

Finnish IT gurus confirmed that the best coders come from Belarus. Belarus has a huge potential for a strong engineering and mathematical education. In terms of the number of people employed in the IT sphere per capita, Belarus holds one of the highest positions in the world. This, by the way, is also relevant for Finland.

Finland secret is an investment in high-quality education and the creation of the Finnish Innovation Fund. Previously, it dealt mainly with the scientific development of large companies, but now began to focus on financing small start-ups. Belarus ranks 52 globally among 202 countries, based on the strength of its startup ecosystem. Companies such as Microsoft, Google have been busy snapping up local startups for years now, with big names such as World of Tanks and Viber all hailing from Belarus. In 2017 Google acquired the computer vision startup AIMatter, the Belarusian company behind the photo-effects app Fabby, which continues under Google’s guidance. The app was really a showcase for AIMatter’s technology, a platform for detecting and processing images, which is what Google was really buying into, industry observers say. Adding to the picture, Facebook also acquired Belarusian startup Masquerade.

According to the National Agency of Investment and Privatization, a government agency that promotes foreign investment, currently there are a lot of investment projects which could be interesting to Finnish investors. The most of projects are in IT, green economy, agricultural, industrial, pharmaceutical and touristic fields. For example, it might be attractive to be invested in the projects in green economy field such as Production setup of bleached chemical-thermomechanical pulp. Bleached chemical-thermomechanical pulp is used in the production of paper and paperboard as a cheaper alternative to bleached hardwood pulp. Among the main entrepreneurs’ aims such as financial increase there is not less important aim as an environmental protection.

The National Agency of Investment and Privatization is a trustworthy partner for Finnish business in Belarus. The agency is a starting point for foreign investor to discover the country. It works with investors on a one-stop-shop basis and accompanies projects at all stages of their implementation, including post-investment support.