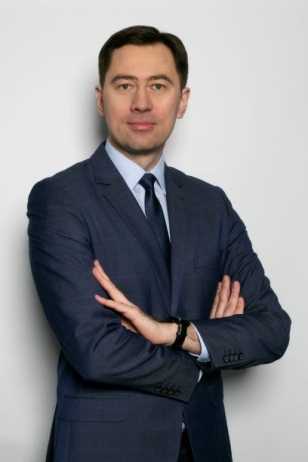 The ongoing COVID-19 pandemic has resulted in large fiscal packages being implemented around the world. On the one hand, fiscal stimulus seems natural, as it aims to counteract the negative economic effects of the pandemic. On the other hand, however, it poses a serious challenge to the long-term sustainability of public finances as it results in a significant increase in global public debt. The International Monetary Fund (IMF) estimates that the total COVID-19 fiscal packages amounted to around 14 trillion USD by the end of 2020. Aa a consequence of sizeable budget deficits, global public debt reached 97.6% of GDP at the end of 2020, as compared to 83.5% of GDP a year earlier. Advanced countries faced the largest rise in the public debt ratio in 2020 (by 15.5 p.p. to 106.8%), whereas middle-income and low-income countries saw an increase by 9 p.p. (to 63.3%) and 5.2 p.p. (to 48.5%), respectively.

The European Union accounts for about one third of the fiscal stimulus across the globe (5.1 trillion USD). More than 60% of the EU fiscal anti-COVID spending (3.1 trillion USD) is concentrated in the four largest EU economies (Germany, France, Italy, and Spain), which is not surprising given the extent of the COVID-19 epidemic in these countries and their fiscal capacity.

Poland has implemented a much smaller fiscal package than the largest EU economies, but it is nevertheless relatively sizeable by EU standards. According to the IMF Fiscal Monitor it amounts to 13.1% of GDP (or 76.3 billion USD), which is more than the median for EU countries of 10.8% (or 48.5 billion USD). Most of the fiscal package in Poland relates to additional public spending or foregone public revenues (44.7 billion USD or 7.7% of GDP), with the remaining balance being public guarantees or loans provided (31.6 billion USD or 5.4% of GDP).

The government support was approved within 2 months of the first COVID-19 case confirmed in Poland on 4th March 2020. As part of the anti-crisis shields during the first wave of the epidemic in spring of 2020 a wide variety of measures for the general economy were implemented, including: subsidies for businesses to cover labour costs, deferrals of tax payments, loans to businesses provided by the Polish Development Fund (PFR), loan guarantees by the National Development Bank (BGK). In response to the second wave of the epidemic in autumn of 2020, the Polish fiscal authorities implemented additional measures for the most affected business sectors (including retail, hospitality, gastronomy, fairs, leisure and transport) to cover their fixed costs during the lockdown and maintain their liquidity.

The financial needs resulting from the anti-crisis shields have led to an unprecedented deterioration in the fiscal area. The government decided to temporarily freeze the so-called expenditure rule (Article 112aa of the Public Finance Act) to gain fiscal space for supportive policies. The IMF forecasts that general government expenditure increased from 42% of GDP in 2019 to 51.2% in 2020 (well above the average for European middle-income countries of 40.2%), while revenue fell by 0.6 p.p. to 40.7% of GDP in 2020. As a result, the general government overall deficit is estimated to increase from 0.7% of GDP to a record high of 10.5% (2020 compared to 2019). Moreover, according to IMF forecasts Poland witnessed an unprecedented increase in gross public debt to 60% of GDP at the end of 2020 as compared to 46% a year earlier.

This trend challenges the government bound by Article 216 of the Polish Constitution, which prohibits public debt to exceed 60% of GDP. An additional constraint is also Article 86 of the Public Finance Act, which sets another safety threshold for public debt at 55% (measured by national methodology). Breaking this rule obliges the government to eliminate the budget deficit and freeze public sector wages in the coming fiscal year, which would be harmful for the economy in times of crisis. It is worth noting that, at the same time, external constraints under the EU’s Stability and Growth Pact do not temporarily limit the government, as they are suspended.

The government is trying to find its way out of this problem by following an approach for public debt statistics that diverges from the EU methodology. The bonds issued by eg. the Polish Development Fund (PFR), the National Development Bank (BGK) and the National Road Fund (KFD) are not counted as public debt, although these are in fact public institutions that had incurred a large debt of 218 billion PLN in 2020 (9.4% of GDP) to finance anti-crisis shields. Therefore, the Polish government estimates the public debt ratio at the end of 2020 at only 48% according to national methodology and at 57.6% according to EU standards.

Nevertheless, approaching the safety thresholds seems inevitable as the third wave of the epidemic in spring 2021 creates additional financing requirements and the accommodative fiscal policy continues. Moreover, further depreciation of the Polish zloty might pose another challenge, as a quarter of public debt is denominated in foreign currencies. As a result, even accounting measures might not be sufficient to avoid a parliamentary decision on public debt thresholds or the application of an ‘exit clause’ through a constitutional state of emergency. Even more important, however, is how policy makers will shape the fiscal framework for the long-term. A single set of transparent rules for measuring public debt in line with the EU methodology and fixed long-term safety thresholds would be recommended. Safety rules anchor and create fiscal credibility only if they are transparent and cannot be circumvented by policy makers through creative accounting.