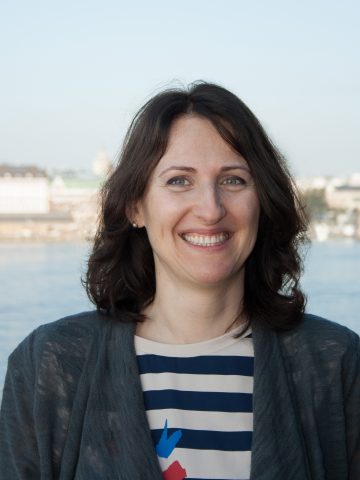 As seen last summer – unfortunately as usual – with the excessive blooms of blue-green algae caused by eutrophication and that affected most parts of the Baltic, our sea is not in a good shape. Recent findings from a HELCOM assessment of the state of the Baltic Sea corroborate this fact.

It is also clear that our welfare depends a great deal on a healthy sea, with an estimated 4 billion euros alone that could be gained from a Baltic Sea free from eutrophication and flowing into multiple economic sectors such as tourism and fisheries.

Despite all our current efforts to protect our sea and our source of welfare, we still need to do more.

To understand in what condition the Baltic Sea currently is, and to comprehend what actions work and what don’t for improving its ecological situation, HELCOM recently carried out its Second Holistic Assessment of the Baltic Sea (HOLAS II), analysing various sectors of the sea’s ecosystem in a period from 2011 to 2016.

Based on scientific evidence collected by more than 300 experts from all Baltic Sea countries, the results were published in the State of the Baltic Sea report, the most comprehensive baseline currently available on the Baltic Sea’s ecological state.

The results show signs of improvement, but good ecological status as ordained by the Baltic Sea Action Plan (BSAP) – the HELCOM strategic tool for a healthy Baltic Sea which was approved by all HELCOM member countries – is unlikely to be achieved by its end date in 2021.

Eutrophication, the oversupply of nutrients in water leading to excessive algal growth that severely upsets the marine environment, is still the major pressure on the Baltic Sea. Despite progresses in nutrient reduction, the report shows that 97 percent of the entire waterbody is currently affected by eutrophication.

Plastic litter is a clearly visible problem along the Baltic Sea coastline, but it also appears under the surface and in many different size classes, with micro-particles being of great concern as they have shown to disrupt the hormonal balance of living organisms. Plastics contribute to deteriorating habitats, causes direct harm to animals and when entering the marine food web.

Other sources of apprehension are pharmaceutical residues, underwater sound and effects from climate change. In addition, the Baltic Sea’s overall biodiversity is not in a good state – including marine habitats, marine mammals such as the harbour porpoise and the ringed seal, and fish.

These findings lead to the following questions – why has good status not yet been achieved, and if it can, when it will be achieved?

Restoring the marine environment of the Baltic Sea is not an easy task. The sea shows great sensitivity to both human and climate related pressures, and the recovery time to reach good environmental status has proven to be longer than initially expected.

For example, in the case of eutrophication, nutrient inputs have been reduced since the  signing of the Helsinki Convention in 1974, but the internal nutrient reserves in the Baltic Sea still remain high – the consequences of accumulation over the past decades.

On the other hand, the HELCOM assessment also shows that regional cooperation to address the ecological challenges of the Baltic Sea leads to tangible results, and that the Baltic Sea Action Plan (BSAP) is the right vehicle to improve the condition of the sea.

Building on these findings, the HELCOM countries decided already in March 2018, at the ministerial level, to strengthen the implementation of the BSAP and to prolong it beyond 2021 with an updated version.

An evolution rather than a revolution, the BSAP update seeks to become a fit-for-purpose and effective tool for managing today’s ecological issues affecting the Baltic Sea, addressing the challenges of the current plan and taking into account emerging concerns such as plastic pollution, disturbance to seabed, and climate change.

The new plan will also focus on closer integration of economic and social benefits, based on the ecosystem approach that acknowledges that we humans are an intrinsic part of the Baltic Sea environment.

The BSAP will also seek to combine, in one consolidated regional strategy framework, the sea-related UN Sustainable Development Goals (SDGs), the Aichi targets on biodiversity, and, for the EU countries in HELCOM, the ecological objectives of the Marine Strategy Framework Directive (MSFD).

Addressing both the different ecological objectives and the major environmental problems in one single plan make the BSAP well-suited to address the environmental challenges of the Baltic Sea.

All in all, the updated BSAP will get us closer to the overall goal – achieving good environmental status for the Baltic Sea.

HELCOM is a Regional Sea Convention in the Baltic Sea, consisting of Denmark, Estonia, Finland, Germany, EU, Latvia, Lithuania, Poland, Russia and Sweden.
The HELCOM Secretariat is located in Helsinki, Finland. The HELCOM mandate stems from a regional treaty (the Helsinki Convention adopted in 1974 and
amended in 1992) and covers the whole sea area including the sea bed and the resident biota, and pollution sources that may influence the sea.