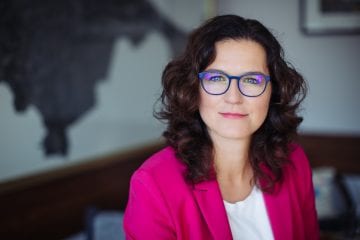 Gdańsk is a home city for over 460 thousand people and according to the statistics, this number is growing. That makes Gdańsk one of few metropolitan centres in Central Europe to show positive demographic trends. What attracts new inhabitants? Openness, attachment to values, such as freedom, solidarity, diversity, and its solid democratic spirit, are the basic reasons.

As a port city, a member of the Hanseatic League, Gdańsk has a long tradition in co-operation with multiple and diverse partners. As a result, hospitality, readiness for changes, new challenges and opportunities are part of its nature. The history, culture and economy of Gdańsk are most inseparably related to the Baltic Sea area. Our city benefits from the twinning relations in the region with Bremen (since 1976), Turku (since 1987), Kalmar (1991), Kaliningrad (since 1993), St. Petersburg (since 1997) and Vilnius (since 1998). Moreover, Gdańsk has been a seat of the Union of the Baltic Cities since its foundation in 1991. This organization calls the national and European politics for bottom-up approach in decision-making, and it proves also today how important the city diplomacy is.

Here in Gdańsk, we all know that flow of people and exchange of ideas can inspire and that freedom means a lot to our identity. This is what laid down the foundations for Gdańsk development.

On behalf of the city of Gdańsk I have just received the Princess of Asturias Award in the Concord category. It was an honour to hear from the jury that “the past and the present of the city of Gdańsk are an example of sensitivity towards suffering, solidarity, the defence of freedom and human rights and extraordinary generosity”. Thus, to the words of the late Mayor of Gdańsk – Pawel Adamowicz, who used to call Gdańsk “the City of Freedom and Solidarity”, we can add one more significant word: “the City of Freedom, Solidarity and Concord”.

Earlier this year we have celebrated 30th anniversary of the first partially democratic elections in Poland. It was a true holiday of solidarity, freedom and democracy. But it was also an occasion to ask a question: What have we done to make all those catchwords, like freedom and solidarity, be not only the noble ideas on paper, but real actions that transform people’s lives? Have we addressed our policies to all inhabitants?

Gdańsk is today a vibrant city that attracts people from Poland and abroad. It has been growing economically, offering a wide range of employment opportunities. Though being among the priorities, the economic development cannot be the only aim. We have to face a major shift in thinking about what the city is today and put the quality of life, resilience and inclusiveness on the top of the agenda.

According to the survey made in 2018, the quality of life general rate in Gdańsk was 3.7% in the 1 to 6 rating scale. That means we have still quite a lot to do in terms of improving the living conditions. The city development strategy Gdańsk 2030 Plus focuses on an inhabitant, his/ her needs and expectations. According to this document, Gdańsk in 2030 Plus is a city of prospects for people, who are offered here the best conditions for education and personal and professional development. We want the inhabitants of Gdańsk to be active people, integrating with others, taking responsibility for the common good, fulfilling their ambitions and confidently looking to the future.

The role of education in fulfilling the vision of an inclusive and equal city seems to be crucial.

The major development challenges include such social issues as integration of new inhabitants, or improving the level of education and adjusting the school system to the labour market’s needs. Gdańsk worked out the Model of Integration of Immigrants – local urban policies on integration and migration which develops a management system in public institutions and social organizations in the city to facilitate the integration of refugees and immigrants in areas such as education, culture, social care, housing, employment and health. Furthermore, an advisory council was formed, composed of twelve representatives of immigrants and two refugees, which is responsible for transmitting the needs and concerns of this group of people to the local authorities. Moreover, in 2018, Gdańsk approved a “Model for Equal Treatment” to improve the conditions of the most vulnerable social groups. Also, a campaign Gdańsk connects us that is addressed to newcomers has been introduced.

In January 2019 Pawel Adamowicz, the city’s Mayor for more than 20 years, credited for much of the city’s liberal thinking, was stabbed at a charity event in Gdańsk and later died.

Though it cost us all a lot, I truly believe we have managed to transform our pain into the strength. His vision of Gdańsk development as an open and integrating city is continued. Gdańsk is a Baltic Sea city, a hub, a centre of growth and competence, a reliable partner in the regional and the European co-operation. But, first and foremost, it is a good place to live.