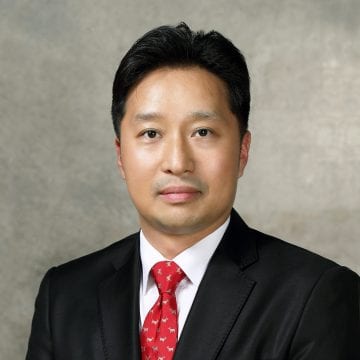 The Regional Comprehensive Economic Partnership (RCEP) reached an agreement last November. The RCEP is a multilateral free trade agreement (FTA) of 15 Asia-Pacific economies, namely South Korea, China, Australia, Japan, New Zealand, and 10 ASEAN countries. The accord was reached without India, which had been participating in the trade negotiation process since the talks were formally launched in 2012. That said, all 15 participating countries agreed to make a concerted effort to resolve remaining issues so that India also can join the RCEP before the final signing of the agreement this year.

The RCEP has surfaced as an important entity to China, which stands at the apex of the global supply chain; to traditional trade-oriented economies such as South Korea and Japan; and the newly emerging ASEAN developing countries. To these nations, the RCEP has given hope that the world’s largest FTA may be launched in the Asia-Pacific region. Their high hopes for the RCEP are understandable; as of 2018, the participating economies accounted for 48 percent (3.6 billion) of the world’s population, 32 percent ($27.4 trillion) of the world’s GDP, and 29 percent ($9.6 trillion) of global trade.

The conclusion of the RCEP in the 2000s most certainly would have been a pivotal moment for free and open international trade regimes and would have been at the center of global attention. As of now, however, the RCEP seems to have failed to inspire confidence that it will open a new horizon of hope to a better international trade system. This is due to the prevailing pessimism and uncertainties in the international liberal trade order, which in turn are grounded in a trade conflict between the world’s top two economic powerhouses, the U.S. and China, that overshadowed the world’s largest FTA. There is even strong skepticism about whether the RCEP can take effect with India’s participation.

The liberal international order resulted in the prosperity of the world economy and competitive interdependence among nations. However, the liberal international order may no longer be the norm, as exemplified by the MAGA (Make America Great Again) policy and Brexit in the two major traditional advocates of the liberal economy, the U.S. and the U.K. Furthermore, the rapid growth of the Chinese economy over the past decade has not only provided it enough national power to compete with the U.S. for global hegemony, but also has proved that, in a sense, state capitalism could still be more competitive than liberal market-based economies.

If the RCEP agreement is the last vestige of the liberal international trade order, the U.S.-China trade conflict is a precursor to a new – clearly illiberal – international trade order. The U.S.-China trade war, which has imposed hefty tariffs on each other’s imports, since 2018 has increased uncertainties in the global economy and has raised concerns about an economic slowdown. Although the trade war has come to a standstill with the signing of the first-phase bilateral trade agreement on January 15, the U.S. and China have yet to find and remove the root cause of the conflict.

China’s state-controlled capitalism, which inevitably grants government subsidies to domestic companies, lacks adequate transparency, intellectual property rights, and antitrust laws, and enforces regulations unfavorable to foreign competitors, is the most complex issue, or a Gordian knot, that divides the two countries. Unless this fundamental issue is resolved, the first phase of the U.S.-China trade agreement will lose effect over time. This means the trade war could recur at any time. In addition, the U.S. has given up its status as the global leader in protecting the liberal international trade order and instead has adopted an extremely self-centered trade policy. The America’s radical shift from liberalism to nationalism, or protectionism, has surely brought uncertainties and insecurity to the international trade order and norms other market-based economies should follow.

The despair of going against free and open trade disclosed by the U.S.-China trade war is much greater than the hope brought by the RCEP agreement. China’s stubborn state capitalism and the U.S.-originated illiberalism extend beyond simply explaining the current trade war between the two superpowers: the root causes of the U.S.-China trade war point to the possibility that liberalism, which has long supported free and open trade around the world, may not be the central ideology of international trade in the remainder of the 21st century.

An ensuing question is whether we have any convincing ideological or theoretical framework other than economic liberalism in explaining and understanding international trade and co-prosperity. We once declared the historical victory of liberalism in the ideological confrontation at the beginning of the post-Cold War era. Thirty years later, we continue to face another ideological showdown between co-prosperity and self-interest, or between liberal and illiberal international orders.