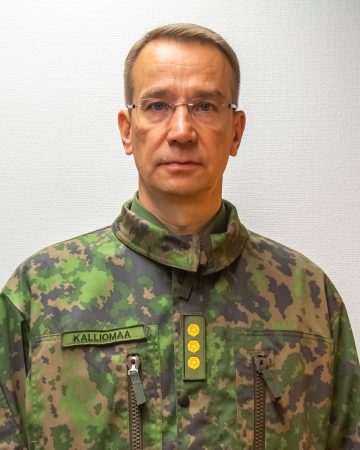 The Finnish Defence Forces’ (FDF) tasks involve defending Finland, supporting other authorities, providing and receiving international assistance as well as participating in crisis management. In the Pori Brigade our main task is to prepare for defending Finland by organising both conscript training to form wartime troops and conducting reservist training for persons liable for military service in refresher exercises. Responsible for our set wartime duty, we maintain its plans and implementation readiness. Over the past years as the global security policy’s state has taken a turn in an uncertain direction in the Baltic Sea area, we have been required to sustain a new type of readiness in implementing our set crisis time duty.

With the objective that the FDF’s tasks develop national defence, safeguarding the Finnish society’s security in threat scenarios presupposes that the FDF’s capabilities and competences be utilisable by society at all times rather than only in case of a war. The Finnish concept of comprehensive security enables flexible cooperation between authorities and the private and third sector. For the Pori Brigade, this is readiness in providing troops or equipment for the use of other authorities or, provided certain criteria are met, of civilian industries to safeguard security in society. Every week we partake in security work conducted under the leadership of another authority across our area of responsibility.

In 2017 the Finnish Parliament issued the FDF a new task that entails sustaining the capability for providing and receiving international assistance subjected to the political decision-making process case-dependently which involves adopting the responsibility for planning and training as applicable. On a practical level, this is nothing new as such, since for some years now, the FDF has annually partaken in 80–90 international exercises both at home and overseas as mandated.

International exercises offer training in providing and receiving international assistance. Training equals activities undertaken in a real situation. An international detachment is received in Finland and escorted to the operation area, and the exercise conforms to the operational procedures of an international environment allowing training international connectivity. The same procedure applies when our contingent deploys for a training exercise overseas, for instance, as our Finnish Rapid Deployment Force of conscripts participated in the three-week-long exercise Trident Juncture in 2018. The troop that left from Säkylä was attached under the command of a Swedish battle group with some Finnish officers serving in the Swedish command echelon. In 2017 the Pori Brigade participated in seven multinational exercises and in five as the lead nation, whereas in 2018 the number of international exercises was five with Finland in charge twice.

As regards the FDF’s fourth task, the Pori Brigade has a significant role in providing training to peacekeepers designated for missions abroad. In 2017 altogether 1,134 persons undertook training, and in 2018 the number was 950 persons in total expected to remain the same in 2019 unless new missions are started up.

We own our responsibility for providing training to soldiers deploying for missions, the most sizeable one of which is our contribution to the UNIFIL Force Commander’s Reserve estimated to continue until the end of 2020 with c. 200 Finnish soldiers in Lebanon. The mission Operation Inherent Resolve in Iraq and the Resolute Support in Afghanistan involve 80 Finnish soldiers and 60 Finnish soldiers, respectively. Apart from this, the Pori Brigade trains troops for, among others, the KFOR operation in Kosovo, EU training missions in Mali and Somalia as well as UN operations.

Over the past years, recruitment of prospective peacekeepers has been successfully conducted. Training in international crisis management, provided solely by the Pori Brigade for Finnish conscripts, functions as a key recruitment channel. An annually administered exam informs selecting conscripts who will then undertake military service in the Finnish Rapid Deployment Force and be given priority in mission selections with an excellent opportunity to qualify for serving in a mission.

International activities equal daily work in the FDF and society. Finnish foreign and security policy is part of the international security network with security policy and military national defence forming part of the multinational security actors’ network. International activities allow learning from others, comparing our competences and developing national defence as a nation that is not a member of any military alliance but is part of the international community. The FDF will serve as a tool for fulfilling the goal outlined in the Government Report on Security and Defence Policy (2016) which formulates that Finland will affect her operational environment goal-orientedly as part of the global, European and Nordic community.