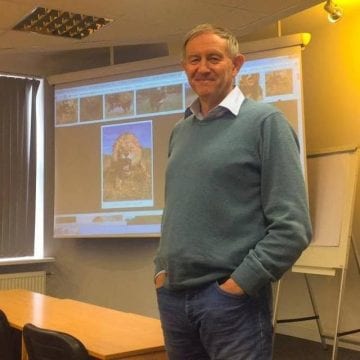 The main challenge within the Baltic Sea region is command and control at the political and political/military level. The reality is that all the governments in the region are inward looking and some would say overly nationalistic given that they have a common enemy and common allies.

The three Baltic states have talking shops, but cooperation has been weak in terms of improving capability especially in procurement. They all have different main weapon and vehicle systems and thus logistics and maintenance. This affects deterrence or what will we do if Russia invades one of the three. Of course there are military plans, but there is little coherence in the political thinking about the problem. Soldiers exercise and train constantly but Presidents and Prime Ministers rarely. Their role is arguably magnitudes more important Hope, and NATO charging to the rescue on a white charger seem to be the main methods of political action.

The biggest challenge that needs to be faced is that of time. Any Russian invasion would be swift and most likely completely unlike the anticipated ground-based invasion that all three countries prepare for. The Head of the Latvian CAA put it very clearly to the Government in 2010 after a Russian aircraft overflew Latvia with its transponder off. He said that Latvia was only ready for “an invasion by turtles”. In this regard Latvia has improved little either at home or in the bilateral and regional cooperation.

The challenge appears to be, how to make governments take crisis management seriously with a degree of strategic military thought. The likelihood is that politicians believe the words they hear from their military officers. This is dangerous because none of the Baltic Countries have experienced officers in how to fight a real multi-dimensional war. Worse than this, Russia is training theirs in Ukraine and Syria and they will be hard and effective when they fight. Other things softening the political three nation consensus include that the politicians simply do not believe that Russia will do anything serious against them. Another is a belief that NATO and US will come immediately perhaps anticipating the conflict or that NATO EfP troops will act as a deterrent on their own.  Of course, there is also the real possibility that politicians have been suborned by Russia. This idea should not be taken lightly.

The region is complicated by the two non-NATO countries Finland and Sweden. Both are taking Russia seriously and are likely better prepared politically than their Baltic neighbours. Sweden has shown more than once that she is willing to fight back if Russia meddles. But both countries have serious weaknesses in their land forces. They are too reservist based and lack mobility. But they are willing to spend serious money on their navies and air forces.  The big question for any crisis is will they turn inwards towards neutrality, or look outwards for their security? If they are relying on the US, they need to grasp that the US will have other priorities in a crisis and NATO countries will focus on NATO defence before they support their half-hearted and often seemingly indecisive Nordic friends.

The three Baltic states are militarily weak in every way. They could have changed this by using the current crisis to cooperate more politically and consolidate all manner of operational and organisational issues. But have chosen the nationalistic path rather than getting together. The lack of seriousness is evident in the establishment of a half-hearted divisional HQ in Latvia that is not fit for purpose for war. But this appears to be a sop for crisis management structures and there is no clarity how the Baltic countries see this fitting into their own command and control systems if war comes.

NATO should also take some blame in setting up three separate political structures inside the three countries which again act as limiters on better political thinking. When NATO is around there is no need to fix internal legal and structural problems. There is even little or no clarity about the command and control of EfP troops in a crisis. Who owns them and who commands them if Russia attacks with little or no warning; is that the host country, NATO, the home country far away or the Danish Divisional HQ?

In summary, the national tendency for inward thinking has got badly in the way of developing a politically sound regional group for what is a single operational space, especially seen so by Russia. There is little in the way of understanding that time is the key threat and that Baltic constitutions, crisis laws and crisis structures are not designed at all for dealing with a rapid attack. There is a need to give up some sovereignty for this, but Russia will see clearly that deterrence is half hearted if there is no political preparation or will to fight with, and for others immediately.