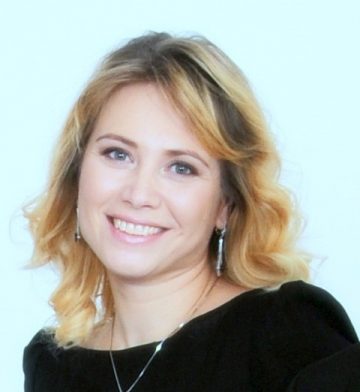 Narva, the third biggest city of Estonia, neighbouring Russia and predominantly Russian-speaking, seems to the main antagonist in the never-ending story of ethnic and political exclusion. Since the 1990s, this former Soviet industrial city has been steadily decaying, losing its social capital while desperately trying to carve out a niche for itself in the newly independent and staunchly pro-European Estonia. The Ida-Virumaa region and its capital the city of Narva have been often portrayed in the academic literature as a peculiar enclave with Soviet-era mentality, an eyesore to the rest of the country. Deteriorating local economy and growing outflow of the youth from the area combined with proximity to unfriendly Russia can hardly create an attractive image.

“There are two options that these people face here, –  says a hero of the “Mountains of Ashes” (est.  –Tuhamaed), a documentary, released in 2017 by Ivar Murd – physical death or escape to a “real Estonia,” “where people live in their houses, where lakes are clean, where all people share a feeling of belonging, where they feel good at home, and there are no broken families”. In this context, the story of the region evokes the feelings of exclusion and unfulfilled dreams about the “better life” elsewhere in Estonia, free from the weight of the Soviet past and thus culturally flexible.

Russia’s annexation of Crimea and the war in eastern Ukraine have predictably triggered a cascade of concerns that Narva would be “next”, resurrecting its hybrid identity, painful past and almost forgotten story of the local referendum on the autonomy in 1993.

Russia’s annexation of Crimea and the war in eastern Ukraine have predictably triggered a cascade of concerns that Narva would be “next”, resurrecting its hybrid identity, painful past and almost forgotten story of the local referendum on the autonomy in 1993. Yet as Narva’s bidding for the European Capital of Culture in 2024 shows, the Estonian government is trying to break down its marginalized image.  In fact, the Estonian authorities have been paying increasing attention to Narva, as demonstrated by holding of the state awards ceremony on the eve of centenary celebration of Estonia’s independence on 24 February 2018, in Narva on 21 February. Similarly, the celebration of the Europe Day on 9 May, which supplanted the commemoration of the Victory Day, and the relocation of the Presidential Administration for one month to Narva in 2018 (President Kersti Kaljulaid managed state affairs from Narva in the last week of August, first week of September, and in second and fourth weeks of November) all demonstrate the official Tallinn’s sensitivity towards this part of the country.

The Estonian government’s initiative to nominate Narva as the European Capital of Culture for 2024 is gradually improving the city’s capacity to cope with the challenges of post-Soviet de-industrialization. A good example of this was the Urban Lab “Narva – Detroit” – 2018 that was geared towards facilitating discussions of  the “future of a shrinking city…the role of communal activity and arts reimagining the city scape…and strategic meeting points of a border city”. The Narva-Detroit forum was consonant with the crux of the Narva-2024 project in the sense of transforming the city from Estonia’s neglected and abandoned periphery to a post-industrial space, even potentially to “Europe’s hipster capital”.

The musical show “Kremlin’s Nightingales” (est. –Kremli Ööbikud) staged by the Tartu-based Uus Teater in Narva in August 2018 was another example of finding an alternative language of speaking about the Soviet past beyond the mainstream Estonian political concepts. The performance was dedicated to the Estonian Soviet-era pop star Jaak Joala, who was portrayed as asserting the cultural power of the periphery on the core. The show took place at Narva’s Krenholm factory, a former Soviet textile giant, now abandoned.

In October 2018, the Krenholm factory hosted another theatrical show entitled  “Oomen” and based on a 1923 poem “Poetics of a Proletarian Punch” by an avant-garde socialist author Aleksei Gastev. This interactive (and bilingual, Russian and Estonian) spectacle deconstructed the glorious image of the industrial age, as represented by the textile production at Krenholm factory, which epitomizes both the Russian Empire  and the Soviet Union. Thus, the Narva-2024 initiative is  an interesting attempt to re-signify the city’s peripheral (political) status in a positive (de-politicized) manner, as “Estonia’s next success story”.

The significant gains made by Estonia’s right-wing political forces in the general election in March coupled with the upcoming elections for the European Parliament in May make this year very special for Narva and for Estonia’s Russian-speaking community.

The significant gains made by Estonia’s right-wing political forces in the general election in March coupled with the upcoming elections for the European Parliament in May make this year very special for Narva and for Estonia’s Russian-speaking community. As for the Narva-2024 project, the year started with the conflict between the central government and Narva’s municipal authorities over the bid preparation. In March, the city mayor Tarmo Tammiste was sacked by the city council and on 8 April he was replaced by the ethnic Russian, Aleksei Jevgrafov. Some local observers suggest that the reshuffle is not due to corruption but cultural and political tensions. Thus, as the Narva’s chief architect, Ivan Sergeev points out, if only Narva municipal authorities are left with preparing the bid themselves, the city is likely to lose.

The parliamentary elections gave rise to the unprecedented in Estonia’s post-Soviet history coalition between the Estonian Centre Party, which is traditionally supported by Russian-speakers, the conservative Fatherland and the right-wing Estonian Conservative People’s Party (known under EKRE acronym). The longevity of the coalition will depend on its internal dynamics but the possibility of the Fatherland member Tõnis Lukas, who advocates restricting all media deemed hostile to Estonia, becoming the next Minister of Culture will, among other factors, hold the answer to the question of whether Narva will be the “next.”