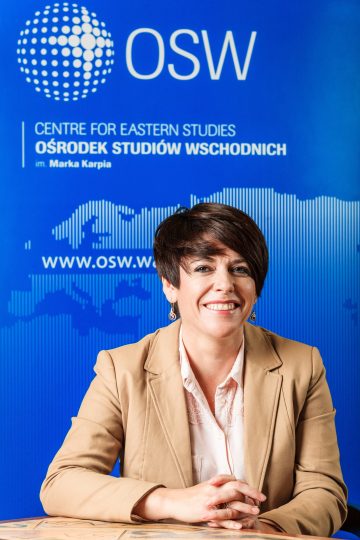 Russia’s invasion of Ukraine has shaken logistic chains and has also hit the container rail transport between China and Europe, passing through Russia, including the Kaliningrad region. The future of the rail link developed for more than a decade by the PRC has come into question.

Rail freight between Europe and China has been developed since 2011 as part of China’s Belt and Road Initiative, also popularly known as the Silk Railroad. The main transport route runs through Russian territory. Trains cover this distance between China and Europe in 12-18 days, while the ship takes more than 30 days.

Since mid-2020, we have seen a dynamic increase in the use of the rail link for transporting goods between China and Europe. Rail transport has proven to be much more resilient to pandemic constraints than sea or road transport, and as a result, its popularity has increased. Moreover, from the end of 2020, when demand in Europe began to rise, rail transport – which usually has been more expensive than shipping – could compete in price with ocean freight. As a result, rail deliveries from China to Europe increased by 85% to 1.1 million TEU (twenty-foot container equivalent) in 2021. Despite this growth, it still plays a marginal role in transport between the EU and China. Rail freight accounts for only 5% of trade value between the two partners (about 3% by weight). Maritime transport continues to be of crucial importance.

In 2020, at a significant traffic spike, the main Eurasian route passing through the Polish-Belarusian border (about 85% of the total container rail transit) began to exhaust its capacity, lengthening the transit time periodically. Operators began to develop new transport routes, primarily through the Kaliningrad region.

As a result, from mid-2020, a dynamic increase in the transit of goods through this region was recorded. In 2021, there were transported 130 thousand TEUs between China and Europe through Kaliningrad, compared to 47.5 million tonnes in 2020 (and only 10.5 thousand TEUs in 2019). Kaliningrad has strengthened its position on the Silk Railroad. While only 3% of all EU-China rail transit passed through the region in 2019, this share has risen to almost 12% in 2021.

The United Transport and Logistics Company – Eurasian Rail Alliance (UTLC ERA) is the leading operator of rail transport services between China and Europe through the territory of the Eurasian Economic Union (Armenia, Belarus, Kazakhstan, Kyrgyzstan, and Russia). The company belongs to the public railway companies of Russia, Kazakhstan, and Belarus. In 2021, it accounted for more than 80% of all transit traffic through Russia in this direction. On the EU side, important partners were mainly German companies, including DB Cargo, DB Schenker, and DB Cargo Russia. Mann Lines Multimodal (a London-based company that provides container a container feeder service between northern European ports) and Denmark’s Maersk were the leading companies organizing maritime transport in the Baltic.

In the last two years, several tens of connections between Chinese cities, including Chengdu or Xi’an, and many ports on the Baltic Sea, primarily with Rostock or Mukran, but also on the North Sea with Oslo or Felixstowe, were launched via Kaliningrad port. Strengthening the presence of the Kaliningrad region on the Silk Railroad was possible, among others, due to progressing modernization of railroad infrastructure in this part of Russia. First, the Russian government has built two transport and logistics centers near the railroad stations in Chernyakhovsk and Kaliningrad. Both stations are located at the junction of European (1435mm) and Russian (1520mm) gauges tracks and have a rail link to the Polish railroad infrastructure. Both centers can transfer containers from the wide-gauge to the narrower European one and vice versa.

At the same time, the container handling capacity of the Kaliningrad ports (in Baltiysk and Kaliningrad) was being modernized and expanded. The Kaliningrad ports handled more than five times more containers in 2021 than in the previous year, i.e., about 435 thousand TEUs, which ¼ was for transit from China. An essential factor in developing the region’s transshipment potential was to become the construction of a marine cargo and passenger terminal in Pionersky. The new port on the open sea would significantly increase the transit potential of the Kaliningrad region. Originally supposed to be completed in 2019, the project has been delayed due to a corruption scandal. From the perspective of Kaliningrad’s transport security, a momentous event was the commissioning in January 2022 of a new ferry (car-rail), which provides the region with a direct connection to the rest of Russia and operates on the Baltic-Ust-Luga route. Another ferry should arrive in Kaliningrad in the coming months. So far, the two ferries serving this route have limited loading capacity and have frequently broken down.

The Russian aggression against Ukraine was a severe blow to the development of container rail transport between China and Europe. Although not directly affected by EU sanctions, the abandonment by some European companies and importers of further cooperation with Russia has harmed transportation along this route. European customers last month prefer deliveries from China by sea instead of through Russian territory. In addition, in March, the largest European shipping companies, including Maersk, MSC, CMA CGM, and Hapag-Lloyd, stopped taking new shipping orders to and from Russia. Although still Kaliningrad ports are served by Mann Lines Multimodal company. It is still difficult to assess the scale of the impact of corporate boycotts on the transit of goods through the Kaliningrad region. However, China is already working hard to develop a southern rail corridor to Europe via Iran and Turkey.