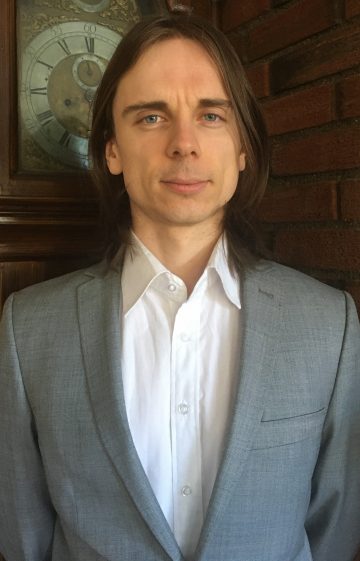 The COVID-19 pandemic seemingly hit the world like a ‘black swan’ during the winter and spring of 2020. It was seemingly an event nobody could have anticipated. However, different viruses have emerged as potential threats to public health for decades. Time and time again, governments have been warned about the dangers of being unprepared. If one looks beyond the last century, mass deaths caused by pandemics is the norm, not the exception. These contemporary and historical lessons have however long been ignored. Despite the well-known threats pathogens pose, pre-emptive measures against potential pandemics remain rare. The coronavirus pandemic reveals the weaknesses of our contemporary political systems. While the capabilities most states revealed when they locked down their countries and confined individuals to their homes are impressive, the lack of preparation is shocking.

I will in this text discuss the unpreparedness of the Norwegian and British governments – two states revealing a general trend, as the importance of health politics tends to be ignored. As of March 2021, Statista ranks the UK as the fourth worst, and Norway as the second best when describing deaths per capita from COVID-19 within the EEA and UK. However, while Norway’s death toll is relatively low, its lack of preparation is a warning signs for all countries in Europe.

This lack of preparation follows two lines. First, both states were unprepared for a health crisis at a logistical level. They have, through austerity politics, drastically reduced the capabilities of their healthcare systems. This is revealed by how they have reduced the amount of available beds. For instance, Norway reduced its overall amount of beds from 22 000 in 1980 to 11 000 in 2020 – while the population grew with 1 million, or 25 %, during the same duration. In the UK, the number has been more than halved in 30 years – from approximately 300 000 to less than 150 000 – while the population grew by just under 20 %, or 9 million, during the same duration. Therefore, hospitals are unprepared for anything outside of the ordinary. They are constantly full. Both countries have also, like most European countries, refrained from keeping emergency stocks of medical equipment like face masks. They have been unprepared for emergencies. This has not changed, despite ‘close calls’ and panic caused by low-mortality pandemics, like the ‘swine’ and ‘avian’ flus of recent decades.

Second, these states made an even worse error during the initial stages of the pandemic, by dismissing concerns. Even when the coronavirus pandemic was looming in early March, politicians in Norway, one of the ‘high performers’ of Europe, failed to act. Two weeks before Norway closed schools and most businesses on March 12, the Minister of Health, Bent Høie, and the Prime Minister, Erna Solberg, both recommended that life continued as usual. Prime Minister Boris Johnson embraced a similar stance in the UK. There, even the idea of social distancing was ridiculed and dismissed, as large sport events were allowed to continue unaffected. Both states refrained from implementing pre-emptive measures, like fever screening and quarantines for travellers. During early March, the Norwegian government recommended the continuation of international travel, while the British government made a case for living like as if nothing had happened.

We can be grateful that COVID-19 is benign compared to pathogens such as the plague or cholera. However, this pandemic will not be the last. The lack of preparation characterizing the last decades more generally, and the months and weeks prior to lockdowns and other strict measures specifically, constitutes a major public health risk. This is seen due to the high amounts of deaths in Europe. Norway’s death toll may be one of the lowest in Europe, but globally it is a middle-performer, as its deaths per capita is ranked 80th by Statista.

Moreover, this lack of preparation constitutes a threat to our political systems. Measures such as lockdowns and curfews are authoritarian. Can liberal democracy survive prolonged periods of authoritarian rule?

Evaluations of different states reactions to COVID-19 ought to see these measures with broad lenses. It is not enough to evaluate death tolls and economic costs. Evaluations must include the period prior to lockdowns and other authoritarian measures, including the austerity of recent decades. The health politics of most, if not all, liberal democracies, need reform. And these reforms must come before future, more dangerous pathogens take advantage of the weaknesses our politicians have fostered during the last decades of austerity.