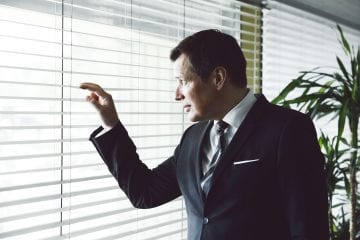 The Great Depression began after the US stock market crashed in October 1929. It soon expanded into a global economic crisis that pressured governments to take action to rescue their economies. As the situation got worse, the countries established trade barriers to protect local industries. To protect jobs, the US Congress passed the Smoot-Hawley tariffs in 1930. Other countries retaliated and world trade shrank by 66%. This was a ground for protectionism that accelerated the final countdown to the collapse. Over the following years global consumption and investments dropped dramatically. A third of all US banks failed and the stock market plunged by 90%. It took 25 years for Wall Street to recover. The economy dropped by almost 50%, prices declined by 30%, and unemployment rose to 25% in the US alone.

As a result of COVID-19 we are probably facing the most challenging global economic crisis since the Great Depression of the 1930s. The big question is whether we have learnt our lessons so that we can avoid making the same mistakes that were made 90 years ago. Protectionism was not and will not be the right response. Free- and rules-based trade is the best-known counter-medicine for protectionism and has the advantage of lowering the costs of goods and services for both producers and consumers. As we do not have a well-functioning G20 in place and the US is not leading the defence of a multilateral rules-based trade system, there is an increasing call for the European Union to take the lead.

Here are four examples of the challenges that trade policy has faced since the financial crisis:

There are only two options for the post COVID-19 crisis period: 1) a more protectionist or 2) less protectionist trade policy framework. We tend to overestimate the short-term and underestimate the long-term scale of change, so the impact of the crisis might not necessarily be extremely dramatic itself. Instead we have already seen a longer-term change trend both in protectionism and in globalization that started after the financial crisis.

Supply chains will certainly change. This is not only a result of trade wars and mistrust created by the COVID-19 crisis but also characteristic of the next phase of globalization. Even if some observers say that globalization will be dead soon, that is not a fact. Globalization will not diminish but change dramatically and bring supply chains closer to the customer and target market. This is a result of digitalization and robotization that balance labour costs between the developing and developed economies, and that also reduce the competitive advantage of economies of scale. It is also a result of increasing customer demand for fast deliveries and tailor-made customer solutions that 3D-printing, for example, will serve. Trade barriers and protectionism also naturally play their role in this.

Despite unsuccessful earlier experiences of protectionism as a crisis rescue plan, it threatens to raise its head again anyway. The US and China have not been capable of finding ways to cooperate even in one of the deepest humanitarian crises since WWII. This does not give us too much to hope when predicting the post-crisis situation with or without President Trump. As major worries before the crisis concerned import tariffs, we have now seen over 70 countries set up export restrictions for personal protective equipment and medical devices. Only eight of these have made the required notifications to the WTO, with the European Union as one of them. We have also seen unpredictable measures in the EU, such as internal market export restrictions, limitations in the movement of goods and tightened investment screening mechanisms even towards other member states. In these crisis circumstances, we have seen a substantial increase in protectionist measures that we should make sure are temporary. To what extent these measures are lifted or not, will show the way and speed of the protectionist development in the medium term.

There is no doubt that trade has also become one of the fastest functioning instruments of the technology war and geostrategic power battle. It is hard to see this power battle ending, or many other ways to create effective further leverage other than trade. For this reason, it is most probable that the threat of trade conflicts will be the new normal of the 2020s, even if there are periods when this threat may seem to have disappeared. We should balance this threat by finding ways to reform the WTO, including its dispute settlement mechanism, e-commerce, and state aid rules.

How to exit the crisis?

In addition to well-functioning healthcare, protection, testing, and tracing measures to assure people’s safe return to work, the EU needs to find several measures for its recovery toolbox when re-opening its economy.

Especially now that the UK has left the EU, the Nordic countries must act on the front-line with the other like-minded partners to push this development forward and tackle the attractions of protectionism. This is not only the principal question but a prerequisite for the success of small and export-oriented economies. It is not only China that has been a winner of globalization, Finland and the other open Nordic economies are also winners. Let’s not give up this time to protectionism and repeat the mistakes of the Great Depression of the 1930s.